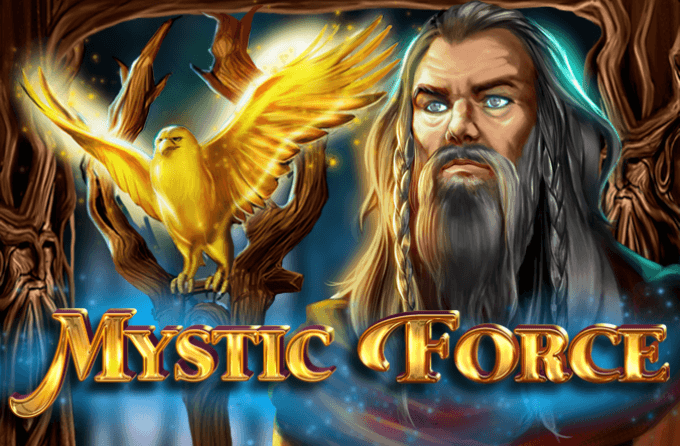 Take on mystical powers beyond your wildest dreams as this epic offering from Ballywulf casts its spell over you. With Mystic Force, you enter an enchanted forest and encounter strange and bizarre characters that only exist outside the standard laws of our world. This 5 reel, 10 payline slot will instantly transport you into a magical realm where things aren’t always what they seem. Come and play this mystical play and win exciting rewards!

Bally Wulff has an impressive onlinebingo pedigree, tracing its history all the way back to 1950. The company was originally founded in Berlin, Germany, by Gunter Wulf and created arcade games and pinball machines of steadily increasing complexity as technology advanced down the years. Since 2010 Bally Wulff has been applying its expertise to internet gaming too, with a small but steadily growing list of titles to its name.

Bally Wulff is recognised for slots which offer a straightforward, almost vintage playing approach to players, without too many hidden features or extras. If you enjoyed this game, you can play some of their other popular titles here:

Stay alert for bingo deals when you play, you might be one of the lucky players to win big rewards! 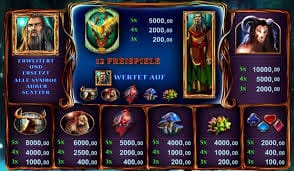 Prepare yourself for a fantasy adventure unlike any other, as you enter the dark woods and prepare to leave everyday life far behind.

Alongside the standard playing card symbols the reels carry the images of the flora and fauna you are sharing this enchanted forest with, some far more mysterious than others. Alongside mushrooms and herbs lurk a lynx, a bird and a deer.

The big payer is the elusive and mysterious faun, an imposing half man half goat, with huge curling horns on his head. If you can line him up in a series of 3, 4 or 5, this fantastic creature will provide a boost to your winnings of 10x, 20x or even 50x your stake.

Your wild symbol is the ancient druid wizard, replacing any of the other symbols bar the scatter. Wherever he appears he will expand to cover the whole reel.  The scatter is an appropriately magical combination of a golden hawk with antlers.

• FREE SPINS – 3, 4 or 5 of the scatter will open the free spins option, gifting you 12 free spins. That’s not all though, as if the wizard appears at this point you will earn another free spin. This is where the real magic happens, as the wizard can use his staff to boost your prize pool still further. In the free spin game, the wizard is able to transform the lowest paying symbol, the herbs, into their higher paying equivalent, the mushrooms. If the wizard appears again, he can turn all the mushrooms into the next higher paying symbol up, the birds. And so it continues, increasing you chance of a boosted payout with every appearance. 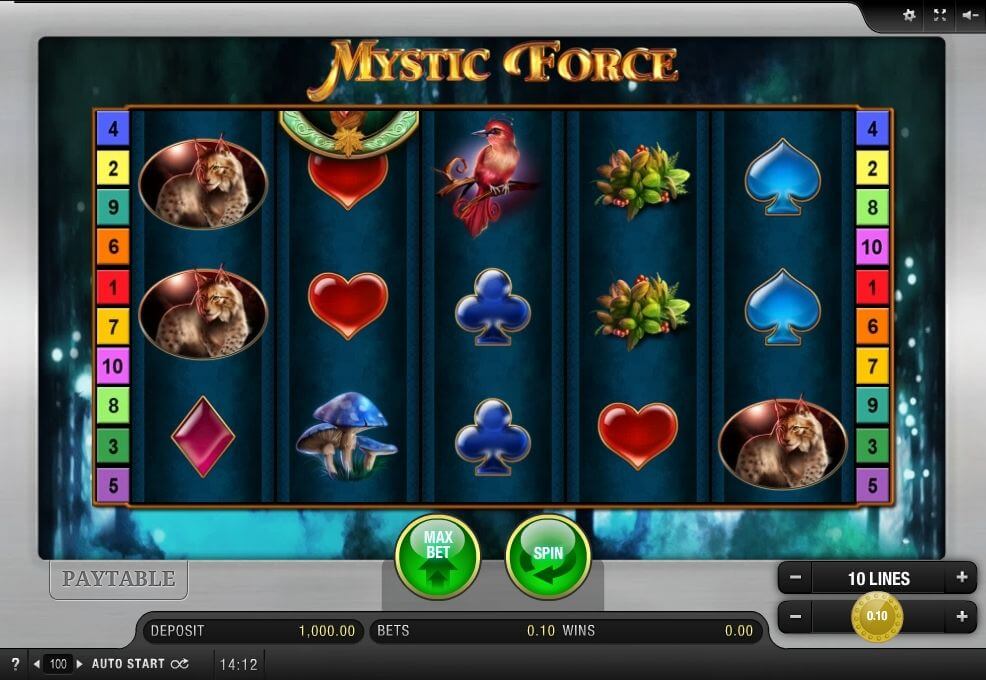 Mystic Force is a quirky slot with an interesting bonus in the free game option giving players the chance to rapidly increase their prize pool. The theme will appeal to lovers of fantasy and mystical slots and the straightforward play will quickly engage the gamer. Truly fantastic, it's worth a try like any other bingo games!

If you enjoyed Mystic Force why not try Starburst online slot at Barbados.