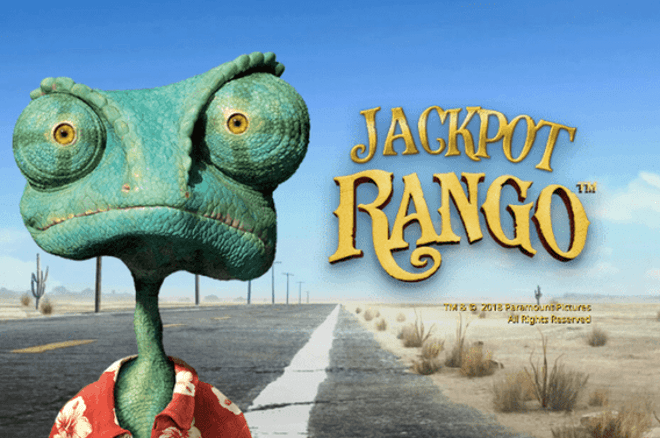 If you loved Paramount Picture’s hit animated movie ‘Rango,’ starring Johnny Depp, you will love this fun and engaging UK online bingo game. All of the central characters make an appearance on the reels including Rango himself, Rattlesnake Jake, Mayor John, Beans, Priscilla, and one member of the burrowing owl Mariachi band.

The scene is set with the dusty high way in the background, the blue desert sky and dry ground and one can imagine the hot still air with the tumbleweeds blowing in the distance. The reels themselves are full of striking colours with audio keeping in tone with the theme.

About iSoftBet - The Developers of Jackpot Rango Slot

iSoftBet are one of the more recent online casino and bingo games software providers having launched in 2010 and have offices in both London and Luxembourg. They have licenses to operate in an array of countries including the UK, Spain, Italy, Belgium and Alderney.

In terms of slots games, iSoftBet have an extensive and impressive selection, with many significant brand titles including 24, Rango, Basic Instinct, Rambo and Platoon. The graphics on these games are very impressive and engaging.

This developer has impressed the industry since its inception and continues to go from strength to strength. We have been blown away by the quality of experience they give to our players at www.BarbadosBingo.com too. 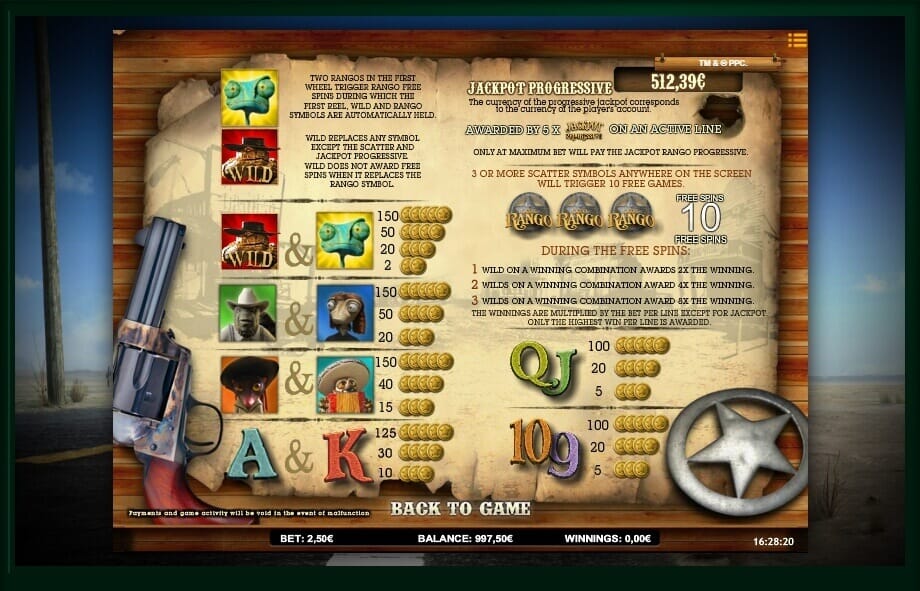 Playing Jackpot Rango - What to Expect

Rango tells the tale of a chameleon who accidentally ends up in the dusty town of Dirt, a town that just happens to desperately need a new sheriff. The 2011 3D animation is a comedy and was directed by Gore Verbinki and written by John Logan.

It was a huge success and won an Academy Award for Best Animated Feature. It also has a huge budget of $135 million and earned $245.7 million. It featured a range of celebrity voices including Johnny Depp, Isla Fisher, Bill Nighy, Abigail Breslin, Alfred Molina, Harry Dean Stanton, and Ray Winstone among many others.

So, let’s get to grips with the rules of this game:

THE WILD SYMBOL: In this online slot game, the wild symbol is represented by Rattlesnake Jake and will substitute for all other symbols except the scatter and the progressive jackpot symbols.

JACKPOT RANGO PROGRESSIVE JACKPOT: The Jackpot amount is shown in the top left-hand corner and increase until it is won, at which point it will reset to the base amount. On the reels, there is a “Jackpot progressive” symbol and to land the Jackpot you’ll simply need to land this five times in a row on a win line. 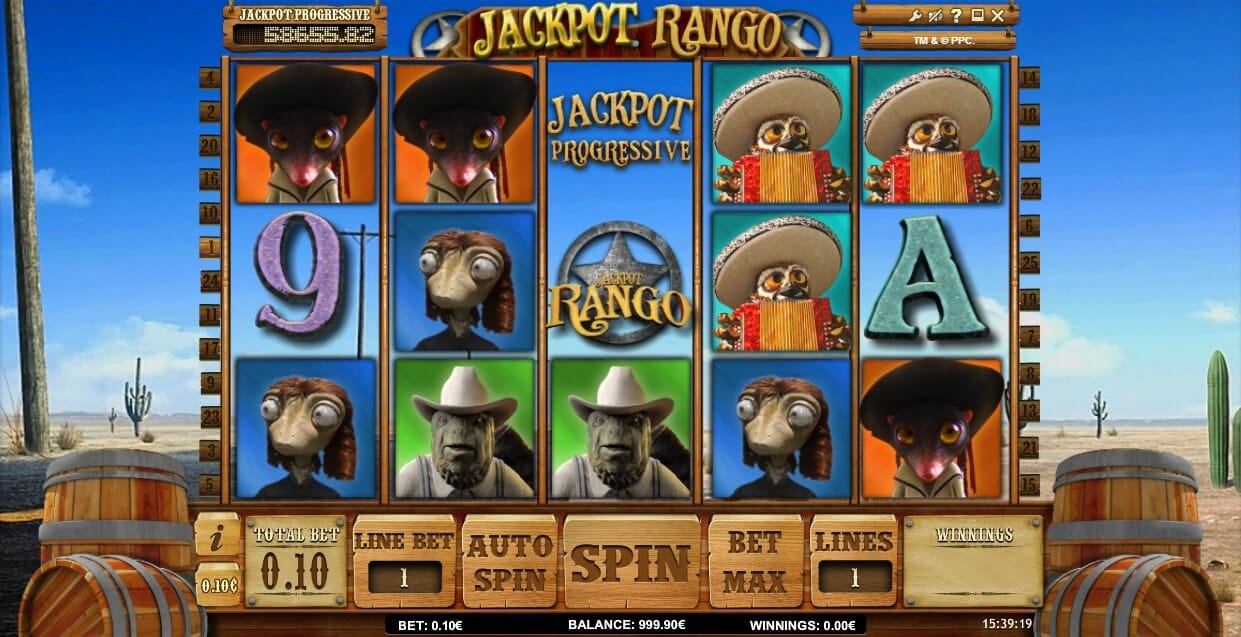 Our Verdict on Jackpot Rango Slot

This Rango game has amazing graphics and some other great features to ensure players will be coming back time and time again to enjoy the wins. The audio and colours are very immersive and you will feel like one of the gang in no time at all.

If you enjoyed Jackpot Rango, try this game and play today.