Pong by PariPlay is a slot that’s going to get you nostalgic for the 80s and all the times you had hanging out at the local arcade enjoying your favourite Atari games. The inspiration behind this Pong slot is the legendary game of the same name by Atari. Pong is a classic console Ping-Pong game that turned 45 in 2017. Pong has 5 reels and 20 fixed lines as well as standard bonus features like expanding wilds. There’s something unique about the bonus symbols, though- they react differently to your spins.

PariPlay handles 5 distinct platforms, namely; Mobile On Premise, Video iGaming, Lottery Terminal, iLottery and Social. This list of diverse products is altogether united under the iGaming banner. PariPlay’s onlinebingo games and systems are expertly geared toward satisfying lottery and online casino operators, but in the end it is always the players who have the last say. So far, many customers are giving PariPlay the ultimate seal of approval of its bingo online games. 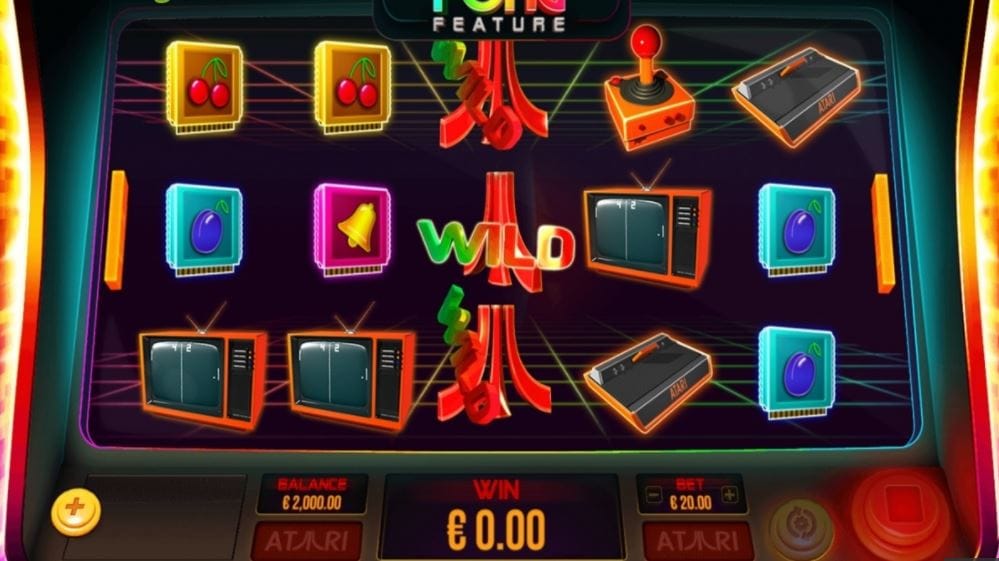 PariPlay uses the classic Pong's recognizable moving rackets, includes original symbols like joysticks, old CRT TVs and the console. To heighten the nostalgia even more, the reels are built in a virtual arcade machine. On-screen controls look so vivid. The game also has an 8-bit soundtrack. The jingles make you feel like you’ve gone back in time and are at your favourite childhood arcade hangout.

The classic Pong became a reality thanks to Atari's console paired with your well-functioning home TV set so it's no surprise that these two are the highest-paying icons in the game. The console multiplies your line bet 400 times if you manage to land 5 on a payline. The joystick, TV, etc. have much lower payout values. There’s also 5 fruit symbols that have an arcade-style look- these don’t pay as much.

• Wild symbol- The Atari logo is the wild symbol. It plays various roles that might take you a while to understand. First off, this wild usually positions itself at the centremost spot in the game. As you spin, the centre spins on its own and ends up producing one of 6 Referee Wild symbols part of the game.

If the wild produced ends up being a normal wild, the icon changes and becomes one of the game's regular base symbols. This chance could help you land a win. If it ends up landing in a different position, it could bring on another of the game's 5 special wilds. The Referee Wilds play a unique role and are differentiated from the others by additional markers added to the Atari Logo.

Apart from these special two, there’s also a wild that activates a re-spin and a wild that adds multipliers of 3x and 5x to all the paylines. The most exciting wild of all would have to be the Pong wild. This one engages the rackets on either side of the reels to begin the game and also create up to 6 new wilds. 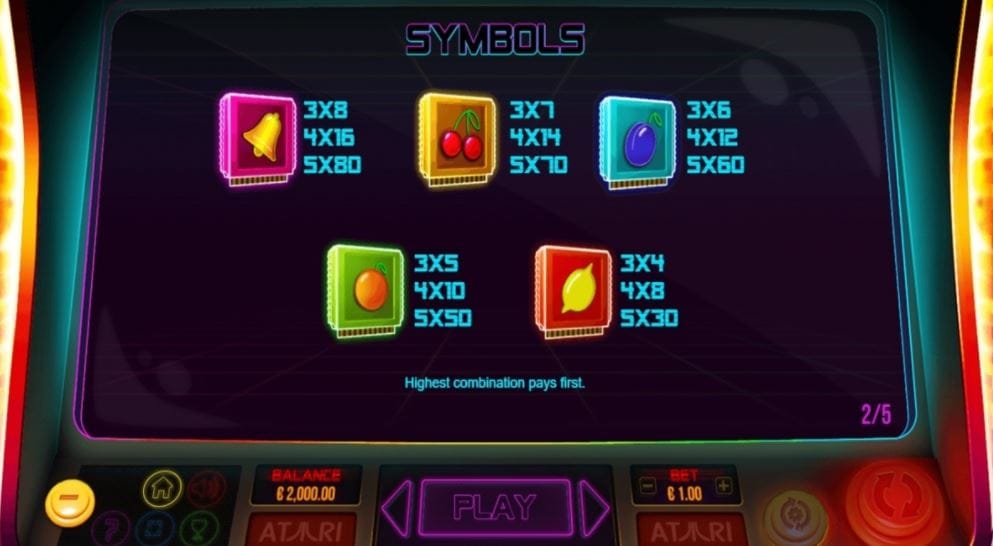 PariPlay's Pong is worth playing if you are a true fan of the 80s arcade style. This bingo games will have the memories flooding back and provide an interesting level of entertainment for a classic kind of game. The minimum bet is 0.20 credits (0.01 per line) to a maximum bet of 20 credits (1 per payline) per spin. The slot is medium-variance and has an RTP of 94.66%.