Bingo Across Time - A History of Bingo

Bingo has been a favourite of many people, but did you know that it’s origins actually date back to the 16th century. So, how did it really go from being a little game in Italy to the widely loved online bingo game that is popular around the world?

This game can be traced back to 1530 Florence in Italy. Its original name was La Lotto de Firenze. It then spread to various different cities in Italy like Venice and Genoa. The purpose of this game was to raise funds for public projects. However, the game was then altered when it became the national lottery or Lo Giuoco Del Lotto. Following this consolidation in 1530, the lotto ran consistently and is still being played.

In the original version of the game, the method of play was very similar to how we now play online bingo. Players would take a card with three rows and nine columns. There would then be five numbered squares along with four blank squares in completely random order. In order to ensure that no two bingo cards were the same, there was a set layout for each column wherein the first column would contain numbers from 1-10 and the second column would contain numbers ranging from 11-20, and so on. Numbers would then be pulled from a cloth bag and called out. Although, they didn’t have the same bingo calls that we have nowadays. To win this game, all you have to do is cover each number and hope that you manage to get a horizontal row.

In 1778, the game was then introduced in France where it was called Le Lotto. However, it was mainly played by French aristocrats and the intelligentsia. In France, it had the same layout with three rows and nine columns, along with five numbered squares and four blank squares.

Then in the 19th century, bingo was discovered to be an extremely useful educational tool in Germany. It turned out that a German lotto game was actually more efficient in teaching children times tables and dates in history. In fact, it was so helpful as an educational tool that it is actually still used today. The way that this game is played is by using a tombola drum. Numbers and letters would then be drawn and the first person to cover a certain amount of numbers or even spell out a word would win. However, the difference in this play bingo games is that they’d just win bragging rights.

The first person to bring US bingo to the USA was Hugh J. Ward. He discovered the game on a trip to Europe and adapted it to be played in US carnivals. However, it was known then as Beano. Ward introduced beans as markers instead of players having to cover numbers with their hands. This is where the original name came from. However, as the game increased in popularity, it spread across the USA and beano quickly turned into bingo! So, without one slip of the tongue at a beano game, we could’ve been playing something very different!

It was also around this time that Edwin S Lowe spotted the game at a carnival and worked with a maths professor in order to mass market the game with varied card combinations and rules. Essentially, Lowe made way for the modern version of bingo that we know today with all cards having an equal chance of winning. He also made sure to copyright ‘bingo’ and distributed the game worldwide.

In the 1930s, it was estimated that on a weekly basis, 10,000 bingo games were being played. It was a huge hit in the states raising millions of dollars as well as being a great source of fundraising. Therefore, it is no surprise that it also took off in the United Kingdom. In fact, in 1945, after World War 2 ended, British councils actually used it as a morale booster. It was seen as a people’s game that everybody could get involved with and forget their troubles.

The Fall Of Bingo

Bingo continued to be a steady source of entertainment in the UK following World War 2. In the 1960s, it reached its peak popularity when there were more than 1000 halls for bingo open. Revenue figures were through the roof with millions of players rushing to play every year. Not only was it a really popular source of entertainment but the bingo industry also did wonders for unemployment rates. At its most popular time, thousands of people were employed by the bingo industry.

However, whatever goes up must come down and the bingo industry faced a major decline in participants, halls and employees after its golden age. This was caused by the smoking ban where people could no longer smoke indoors, the economic crisis and a surge in taxes. The number of bingo halls more than halved with not enough players for them to sustain themselves.

Fortunately, the rise of technology did wonders for the bingo industry and soon it was back to business as usual. Although, the way in which people played bingo has changed drastically. Instead of going all the way to the bingo hall, players can now access their favourite bingo rooms from the comfort of their own homes and can even have access to bingo bonuses and bingo chat rooms to socialise with other avid bingo players. Cyberbingo.com was the first-ever platform in the UK to launch and produce bingo games. From there, bingo has grown massively to become a huge online bingo industry. 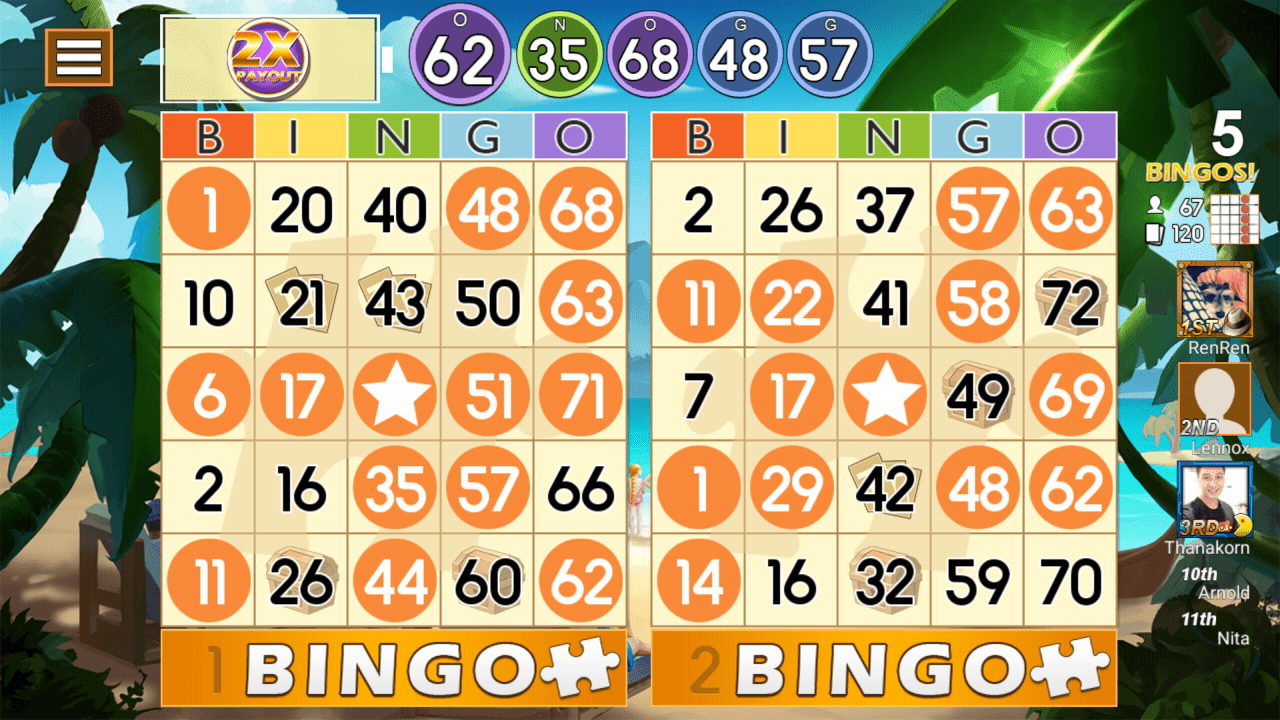 In this day and age, we have taken to the online domain in search of eCommerce, social interactions and entertainment. So, it is no wonder why the online bingo industry is so massive now. In fact, online bingo is now worth approximately £80 million per year in the UK and even more in the US. The number of people who now participate in bingo has also skyrocketed from 50.000 to 3 million in the past 10 years. The main reason for this is not because of the accessibility of online bingo but also the various game designs and formats that are now available to players. People can now access high-speed bingo games with jackpots and real cash prizes from their mobiles.

With such massive growth in the industry, you’ve got to wonder how it can get even better. What is next for the online bingo industry?

Winning can never be guaranteed in online bingo games because the outcome is completely random. However, we do have some useful tips and tricks to help boost that bankroll and get the most that you can out of every game.