How to Play Bingo 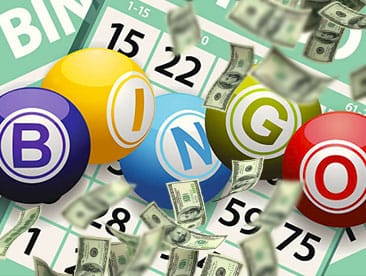 So, you want to play bingo, but don't know how. Bingo is a game that seems simple to learn, but first-time Barbados Bingo users might still struggle to wrap their head around how the gameplay works at first. Don't worry: you don't need to feel stressed about it if you're struggling, since everybody has to start somewhere.

If you're interested in a game of online bingo on Barbados Bingo, you'll want to go in with an understanding of how the game is played to maximise your chance of winning, just like you would for any other game. Down below is a step-by-step guide on how to play bingo, from the complete basics to the pieces that many people overlook. Hopefully you'll be able to walk away with an idea of how to play bingo, as well as few strategies that might help you.

Before you can play bingo, you'll need an account to be fully set up. Even though it might not feel the same as slots or roulette, treat bingo in the same way that you'd treat other online games. Security still matters, so you'll have to set yourself up with an account. It's the most basic step, but without it, you won't be able to even launch a session of bingo.

Some games might have an online bingo "how to play" section that can give you details on any custom promotions or bonuses they offer, as well as any games that have custom rules or extras you need to know about. Be sure to check these first, since they can be a description of useful information, the game's history and the prizes of the previous winners, which can give you an idea of what to expect.

Bingo isn't a single game, and there are hundreds of different versions of it that you can play. Barbados Bingo has quite a few to choose from, so take a look around and choose one of the games for yourself: all of them will have different rules, bingo card sizes and bonus features. If you're just wanting to learn how to play bingo with no other complications, there are standard bingo games on offer too. Some websites offer no deposit bingo too, so its always worth checking that out and playing.

One big difference is the number of balls involved. Choosing to play 80-ball bingo then deciding to play 90-ball bingo straight afterwards can make them feel like completely different games. This is because the patterns needed to win and the size of the cards aren't the same. The basic bingo rules are the same, but it'll sill be a different experience for you: this'll be covered in a moment.

When you're ready to play, you'll need to get your bingo cards. Unlike slots, where a spin is a single "round", bingo games instead let you have multiple cards at once: the more cards you have, the higher your chance to win. But what actually are these cards?

A bingo card is a grid that contains a set number of 'balls' (which represent numbers). The amount of balls isn't linked to the numbers in the game: 90-ball bingo uses every number from 1 to 90, but there might only be 15 spaces on the ticket, and you'll get slightly different numbers each time. 60-ball bingo only uses numbers from 1 to 60, but the card might have 20 or 30 balls on it: different online bingo games have their own variations on the system. Expect some games to go for uncommon amounts, like numbers 1 to 35.

However, these aren't in order: they're in a random order and some numbers might simply be completely missing, so they don't follow any kind of pattern. This is important, since it's the basis of all bingo gameplay. Everything is more or less random, and the circumstances behind your last win aren't always going to keep happening again and again.

Some games will let you buy specific cards, but this doesn't improve your odds at all: it's mostly for people who have superstitions or preferred numbers. You can choose to only play with one card if you like, but many bingo players will go for several if they can.

The hardest part of playing bingo is actually the bingo game itself. Thankfully, you'll mostly find bingo played in the same way no matter what type you chose, so it's a good idea to use your first time as a chance to learn how bingo works as a game type.

When a bingo round starts, numbers will begin to get listed off in a random order. Each number that's listed could be one of the numbers on a ticket, either yours or another player's: when it's called, any player with that number has to mark it off their bingo tickets. Even if you bought a specific ticket, it still contains numbers that get called out in a random order, so you never know what to expect.

Real-world bingo needed a caller to announce the next number, but online bingo does it automatically. This makes it easier to focus on what's being called, since you aren't struggling to check off numbers on a big card. Most games will also have a system that automatically marks the numbers for you, but you'll still want to pay attention.

When someone wins, their winnings will usually go straight to them: depending on the game itself, this will either end the game or let it continue until a certain amount of numbers have been called. If a game has a limit of fifteen calls, that means that after fifteen it will stop, even if you were only one number away from a winning combination.

The first player to reach a win condition on at least one of their tickets/cards will win a prize, but this prize varied based on the condition that actually gave them the win. Remember that each bingo hall can have its own rules, so some bingo halls won't allow wins from specific results. Either way, once all wins have been given out (or no players have managed to win), the bingo hall will reset and players will have the option of choosing to play again by buying new cards.

This is where things can get complicated. There are many different ways to win at bingo, but different bingo halls and games will have different limits or rules on how they're supposed to be used. Some of the most common winning conditions will be listed below:

Getting a horizontal like on your card is one of the most basic ways to win, but it still counts, and depending on the game it might actually be worth quite a lot of winnings money. It usually has to be a completely straight line, but some games might also have patterns for lines that make a symmetrical curve.

Like horizontal likes, vertical lines can also lead to wins. This isn't always the case, though: some bingo tickets might be shaped in a way where vertical wins are easier to get than horizontal wins, which can lead to them being worth less or not even counting as a full win.

Getting at least two lines can boost your winnings dramatically. Some games will consider two lines to be two separate individual lines, but others will treat two lines as a unique condition with its own bonus. Sometimes the two lines have to both be vertical/horizontal, but some games can also mix both together. In general, the more lines you can get, the bigger your payout will be: you don't have to stop at two lines, and your winnings will increase with each new one you can claim.

Sometimes these are split into columns instead: the first person to get three rows might get the same amount as a player earning four columns, depending on what the winning amounts are set to. They're still considered a win, so even a small row that only contains five numbers can give you a profit compared to the price of your ticket.

Getting all four corners of the ticket can sometimes be a winning condition, and it's actually quite rare - instead of being lucky and getting a line, you have to get four specific points on the card. It's not as valuable as some other winning patterns, but its worth more than most lines.

Full House is one of the most difficult winning combinations in all of bingo, and you can play the game for years without seeing it happen. A Full House occurs when a player can mark off a number for every ball on their card, causing a 'blackout' because they've managed to check off all of their ball numbers. Ending a game this way can reward you with thousands of pounds in a regular bingo game.

A Full House can also be the winning combination on Blackout bingo games, where players are required to cross off every number: the first player wins, regardless of how quickly they got to cross the numbers off.

Players can also encounter game types with custom combinations, such as an "X" shape or a block of numbers in the centre of the ticket. Different online bingo games will offers different bingo rules, so you can usually check the winning conditions of a specific online bingo game on its main page.

How do you win at bingo?

In almost every game of bingo, you just have to get a certain winning combination. Some games (even the ones at Barbados Bingo) will have a progressive jackpot that's activated through a very special combination, but you can usually still win as long as you meet even the most basic patterns. As long as you can get a number sequence that creates some kind of win, you'll have managed to play bingo successfully.

How many numbers do you need for bingo?

The amount of numbers you need to have any chances of winning online bingo can vary depending on the card size and number of balls, but some will be much higher than others. With some cards (ones that have a 10 by 3 grid), you can get lucky and win in three numbers, but others might take at least half the card before you can form a pattern. Bingo is also different every time you play, so expect the amount of numbers called per game to change: it's a game of probability, so logic will require that most players have lucky games and unlucky bingo games.

Should I play bingo?

If you’re interested in trying bingo, Barbados Bingo are here to let you get some experience! There’s a wide range of games on offer, so don’t be afraid to try some of the basic ones and see how you develop from there: even veteran players were complete newcomers at one point. I would suggest you start with free bingo and then decide if you want to pay and play.