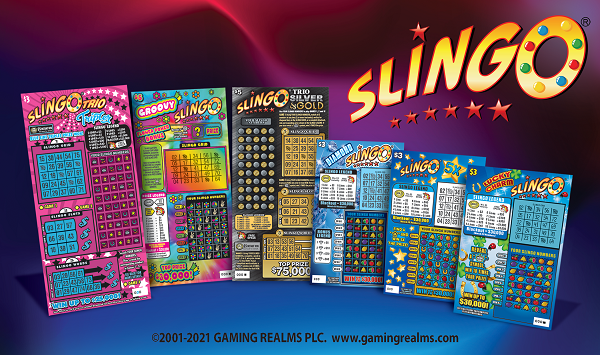 A fusion between slot games and Bingo - Slingo is a fast-paced, single, or multi-player game wherein players spin reels to reveal 5 or more numbers. These numbers then coincide with a player’s Bingo card and are crossed off. The first player who can mark off all the numbers horizontally, vertically, or diagonally in a line wins.

Slingo combines the thrill of slot games with the traditional elements found in Bingo. It’s an online game that’s well-known and beloved by punters from various demographics. Slingo is, in fact, a relatively new game; the original was released less than two decades ago in 1994.

The latest version was developed as an online game. This has made Slingo’s transition into a mobile-compatible game all the easier. Slingo for mobile can be played on several online casinos such as Barbados Bingo.

We’ll be looking at popular mobile Slingo slots, how to play the game, and where to find the best Slingo mobile slots. Alternatively, you can go ahead and play online bingo games and slots here.

Developed by Slingo Originals, Book of Slingo is an Egyptian-themed online slot game. The game is playable on 5 reels with 12 paylines and a jackpot prize of £500. Book of Slingo has an above-average RTP of 96.57%, Medium to High volatility, and contains several in-game bonuses.

If you’re an avid fan of Slingo games or if you’re looking for one to start you off, Book of Slingo is a game that can be enjoyed by various demographics. The game contains clean, crisp, and clear graphics. Symbols are divided into high-paying character symbols or low-paying base symbols.

Betting values range from 10p and go all the way up to £100. Symbols are crossed off of the 5 by 5 reels with every spin. On the left side of the grid, you’ll see the Slingo level chart, which serves as a reminder of how you’re doing in the game.

Slingo Originals is a popular developer in the world of Slingo-based games. Book of Slingo is their latest release, and it looks like it’s already generating quite the buzz.

Join the amicable fisherman, Larry, as he scavenges the sea looking for a big catch! Lucky Larry LobsterMania Slingo is an online game playable on a 5 by 5 reel mechanic with a jackpot prize of 1,200x your total stake.

The Buoy symbol acts as the game’s highest-paying symbol and has the highest multiplier value of 5x your total stake. Other symbols include high-paying character symbols such as ships and lighthouses plus low-paying card suit symbols.

Lucky Larry’s LobsterMania Slingo is a fast-paced, adventure-packed fusion slot game with multiple in-game bonuses. Gold and Blue wilds give players the ability to mark off numbers within the grids and award them free spins. Jackpot symbols can earn players 50x, 150x, or 1000x their stake when aligned as 3, 4, or 5 symbols, respectively.

Released in October of 2021, Red Hot Slingo is a high volatility Slingo game developed by Slingo Originals. The game is playable on a 5 by 1 slot reel set up and contains 12 paylines.

Red Hot Slingo is the perfect game to get punters started off in the world of Slingo-based slot games. The game contains a maximum prize worth 500x your total stake.

Super Wilds serve a similar capacity; these allow you to separate a number from any place on the Slingo card. The best strategy, as usual, is to cross off numbers that can form at least one straightforward win. In case that is impractical, go for the middle position or the corners.

Landing 3, 4, or 5 bell scatters anywhere grants a monetary reward of 1x, 10x, or 100x your stake, individually. The free spin image grants an additional 1 spin that works out after you’ve spent the 5 beginning spins you get per round.

With an above-average RTP of 97%, free spins, and a jackpot of £1,347, Slingo Ante Up is the sort of online slot game that’s well-liked by many. The game features simplistic gameplay but with enough in-game bonuses to make it stand out from the crowd.

Developed by Slingo Originals, the game has betting values from 25p to £25. The game features a 5 by 5 reel. The Bingo format of the game is therefore based on the popular American 75-Ball Bingo variant.

Lastly, another game from Slingo Originals, Slingo Berserk, is a 95% RTP, medium volatility Slingo game. The game features a top win of £100 and betting values from 20p to £100. The game also features multiple in-game bonuses, such as; wilds, free spins, and multipliers. Slingo Berserk has 12 paylines and a 5 by 5 framework.

Looking for a secure online casino where you can enjoy Slingo games? Look no further! Barbados Bingo is an online website that contains slot games, bingo games, and Slingo games. The website is licensed by the UKGC and features games pertaining to every niche.

Why Play Slingo on Mobile?

HTML5 technology revolutionized the world of online gambling to a whole other level. The technology transforms desktop versions of gambling games into mobile-optimized games. Mobile gambling can be accessed on the go, anywhere you go.

Slingo Originals is a popular developer located in the United Kingdom. The developer is the leading propeller in the world of Slingo games. The developer has also incorporated HTML5 technology into their games. All of the aforementioned games have been developed to be playable on both desktop and mobile versions.

All in all, Slingo games have been popular for nearly two decades. The world was first introduced to Slingo games in 1994 by Sal Falcigia. The game has since seen numerous acquisitions, from Real Networks in 2013 to Gaming Realms in 2015.

The Slingo industry is valued at approximately £15 million, and there are currently over 400,000 active players of the game. The gambling game has recently been developed for mobile versions using HTML5 technology. Slingo Mobile has made Slingo-based games even more popular.

Play Slingo games online today at Barbados Bingo and get up to 500 free spins on your birthday, as well as a chance to enter tournaments for huge payouts!