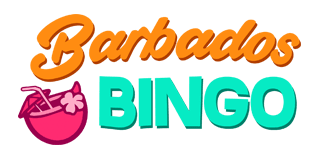 The Rise Of The Bingo Industry

When you hear the word ‘bingo’, you might immediately think of a group of elderly ladies sat in dead silence in a dusty old bingo hall, listening attentively for the caller to utter those all-important numbers. ‘Nobody plays bingo except grandmas’, some may say - but they would be oh so wrong. While bingo certainly was, and remains to be, extremely popular with older players, the game has seen a distinct rise in popularity among younger generations in recent years, so much so that the number of people who play free online bingo in the uk has actually surpassed the number of people who play tennis, averaging at around 1.9 million players every month.

Following the widespread upsurge in online casinos as a result of continuous advancements in new technologies, online bingo has been a growing phenomenon in recent times. Also adding to this, since the Smoking Ban came into action in 2007 there has been a notable decrease in the number of attendees to physical bingo halls, with people unable to smoke while playing. Instead, therefore, many players have turned to online casinos, with an estimated 3 million people playing bingo online in general.

There are a number of reasons to explain the rise in popularity of online bingo, with the first being accessibility and convenience, as players can play anytime and anywhere that suits them. In particular, the winter months tend to see a noticeable increase in online bingo players, providing players with the option of playing bingo from the comfort of their own homes rather than travelling to a bingo hall in the cold weather.

Furthermore, online bingo is actually considered to be more sociable than attending a bingo hall. Although this may seem strange, consider the strict rules of a bingo hall that mean that players sit in silence the majority of the time. On the other hand, there is often a chat room function to most online bingo games, allowing players to socialise with each other while playing. Some bingo games are also targeted towards a certain demographic, such as women, so players can meet people similar to them.

An additional advantage to playing bingo online is that there are so many different games to choose from. With a range of different themes, jackpots, and bonuses available, everyone will be able to find a game that suits them.

Another trend that has really taken off over the past few years is the emergence of bingo promotions and events in nightclubs and other social venues, adding an exciting twist to the classic came of bingo. The biggest of these events in the UK is Bongo’s Bingo, allowing players to drink alcohol, socialise, sing, and dance while playing bingo. These events have even had live music artists such as S Club, the Vengaboys, and B*Witched, and prizes range from a box of cereal or a Henry Hoover to holidays abroad and £1,000 cash. The rules remain predominantly the same as normal bingo, although the usually strict etiquette of bingo halls is completely thrown out of the window, with both players and callers dancing on tables, completing funny challenges, and singing to well-known songs. Although Bongo’s Bingo was the company to revolutionise this phenomenon, these types of events also regularly take place in other venues, such as University Student Unions.

Additionally, bingo events are also an extremely popular occurrence in gay venues. With the rise in popularity of drag culture, thanks to shows such as RuPaul’s Drag Race, events are being held across the country that mix both bingo and drag to provide a night of fun and entertainment. Often featuring major stars of the drag industry such as Lady Bunny and Chad Michaels, drag queen bingo has therefore helped to recruit a whole new category of younger players.

The Future Of Bingo

Once considered a dying hobby or an old ladies’ sport, it is clear that bingo is now here to stay, continuously growing in popularity among all age groups primarily thanks to the development of online bingo and social bingo events. With new ideas regularly emerging, this leaves one important question: What is next for the no deposit bonus bingo industry?