Considered one of the most prestigious and exclusive of all the casino games out there, baccarat has garnered such a reputation for a variety of high-brow reasons. The main reason, however, is that the game has traditionally been viewed as one which has a grand European history, making it worthy of such special attention.

Indeed, in some cases, at a land casino the baccarat game would be within an area of the casino games floor that was roped off especially! With all of the mystery and elusiveness this game is shrouded in, we don’t blame players for thinking this online game is complex, but it’s actually not.

In fact, a little known secret is that the game of baccarat is likely one of the simplest casino games to learn! However, while it is far from an overly-complex game, it has got particular idiosyncrasies which will take some getting used to for players. Knowledge about the banker hand and the player hand for instance, is pretty vital to the game.

So, regardless of the number of people playing the game, only two hands are ever dealt in baccarat. One hand is the banker hand, and the other is the player hand. Any player can bet on either hand, but there’s an exception. Whoever is holding the shoe in the full game either bets the banker or passes the shoe. Read on from this bingo site for more!

The History of Baccarat

We thought it might be fun to pop some information in about the history of baccarat for the sake of getting to know this popular choice of casino games. According to wide-spread belief, this popular casino game is believed to have come from the ancient Etruscan ritual, revived in the middle ages.

Indeed, it is said that the game was revived in the 1400s in Italy by a man named Felix Falguiere. Baccarat was initially transformed into a fun past time involving wagers with the use of tarot cards, while the title of the game itself is likely after slang meaning zero.

By the time the 1500s rolled around, the game of baccarat had become hugely popular amongst the nobility in France and Italy. Then, the game made its way onward to the courts of the English, through to South America until eventually ending up on American shorelines. We all know what happens next.

Baccarat actually wasn’t hugely popular in the US at first, which may come as a surprise to anyone who knows their reputation as a nation that loves casino bingo games. However, casino owners picked up on this and so increased the game popularity by making it more accessible: reducing the rules and pretension. 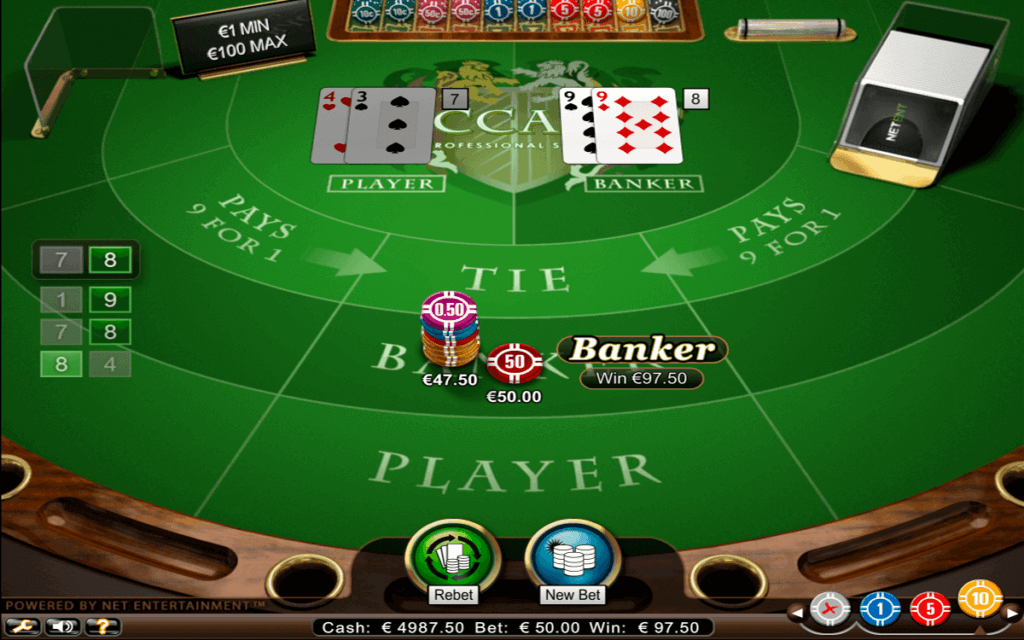 However, this is with the exception of the Ace, a pesky character in most casino games it seems which consist of cards. The ace is worth one, and the royal cards are worth zero - players bet which of the two sides will reach closest to nine or in some cases whether they’ll tie.

That is, the players will bet on whether the banker side or the player size will reach closest to nine or draw a tie. This is pretty much it in terms of the gameplay with baccarat, as there’s really not much else players get involved in with the game. So, beyond this point players can then sit back and enjoy the game.

So in terms of the gameplay what can we make of this choice of online casino games? It clearly doesn’t have the fast-paced action we see from slots, that’s for sure. It does however, have a nice gameplay to it which suits people looking to play a casino game which is as much relaxing as it is excitement worthy. 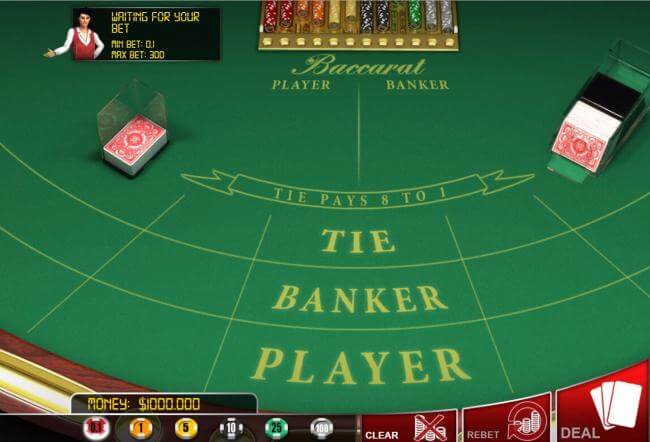 In terms of the bonus features in baccarat, it’ll vary from game to game and depend on where exactly you’re playing it. However, the advent of the online casino industry has really lent a hand in the new-found popularity of this game, and now it’s considered one of the most loved at online casino sites.

Indeed, baccarat now attracts millions of players from across the world thanks to the web, and as it can be played at various limits you could say baccarat is limitless. Due to multilingual software, which is available at Barbados Bingo too, players from around the world can play in dozens of languages as well.

Another popular aspect of baccarat which online casino sites and software has facilitated are baccarat tournaments. If you can play well, that’s an added bonus in itself as you’ll have an instant edge to the game. Many experts also say that baccarat tournaments are pretty profitable too, as well as fun.

Baccarat tournaments are worth a go as players can usually access these with free entry, in addition to exercising their own skills at the game. And, chat to new friends from other countries! Nothing quite beats the excitement of taking part in tournaments either and having the chance to win from a good prize pool.

It’s interesting. Baccarat is clearly a game based on nothing but chance, and fun, no strategy actually exists to beat the odds. However, there are still some things players can do to make sure losses remain at a minimum which does add to the appeal of this online casino game.

All in all, baccarat is a simple yet classy game which has been epitomised in its veil of splendour and exclusivity for so many years, it’s now made its way to the online casino. Proving it has stood the test of time, it’s no surprise this game is in high demand amongst gamblers right now.