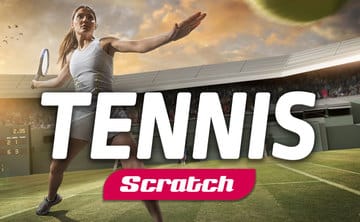 Whether you follow your favourite tennis player religiously, play the sport yourself, or just enjoy the Pimm’s and strawberries at Wimbledon, this Tennis Stars slot game puts you right in the heart of it. Although not an obvious theme for a slot game, Playtech have created something a little outside the generic slot game box, if you will. Get ready for an exciting set match when you play Tennis.

Playtech are known for their thinking outside of the box when it comes to their online UK bingo games, which is why a tennis-themed slot game from them comes as no real surprise. They’ve been in the ‘game’ since 1999, with an impressive 600+ online casino game portfolio, ranging from bingo and sports to live casino experiences. 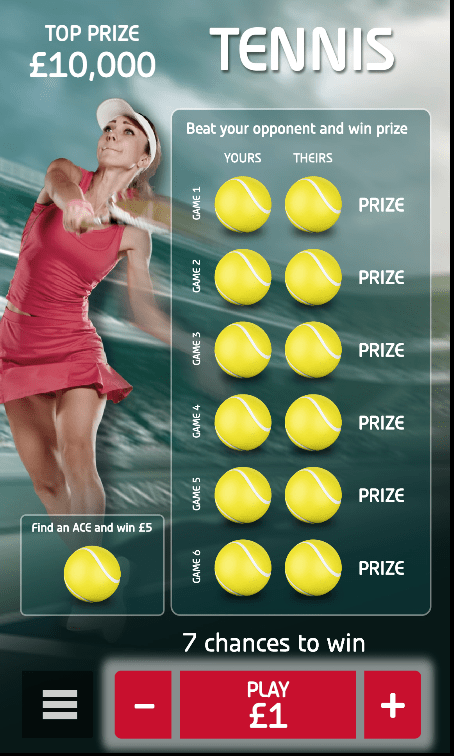 When you start this game, you’re instantly greeted with a whole lot of green – from the reels to the tennis court background. Tennis Stars is a standard five-reel slot game and you’ll find everything you’d expect from a tennis game across them: tennis balls, rackets, tennis players, and tennis shoes. The symbols are animated, going along with the soundtrack, which often makes it sound like you really are watching a tennis game.

Wild symbol – the trophy with ‘wild’ written across it is the wild symbol and it substitutes for all other symbols on the reels except the scatter symbol. Land three or more of these symbols in one spin and you’ll automatically be awarded a 10x multiplier. The wild only appears on reels 2, 3 and 4 but if you manage to land wild symbols on all three of the reels in one spin you’ll not only be awarded with a multiplier, you’ll also be awarded with 15 free spins. You’ll be able to land the wild symbols again in the free spins round, giving you more opportunities to win.

Scatter symbol – the scatter is a pair of tennis rackets with ‘scatter’ written across them. Want to go to the championship? Land three or more of these scatter symbols on the reels in one spin and you’ll trigger the championship bonus round. When you trigger this, you’ll be asked to choose a player and the type of serve, then the match will begin. You’ll be asked to choose the serve at the beginning of every round and then the match will keep going until you win 4 rounds. The scatter symbols also come with a multiplier – if you land two, three, four or five in one round you’ll be awarded multipliers of 2, 5, 25 and 100, respectively. 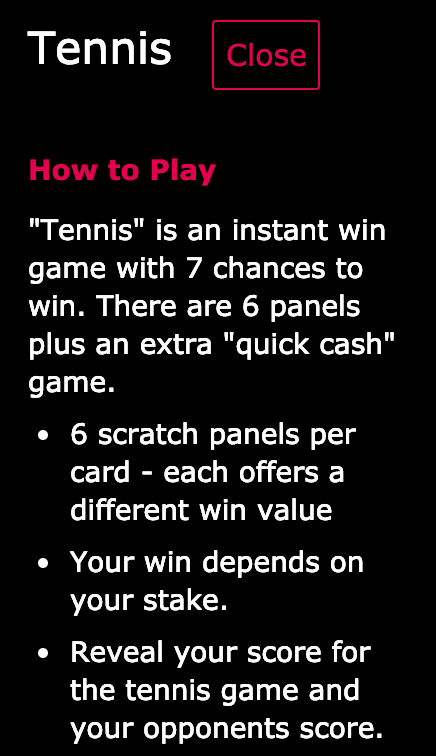 If you’d asked us before we played, we’d have said that a tennis-themed slot game would probably be quite boring, but Playtech have proved us wrong with this fun little Tennis Stars slot game. The wild and the scatter symbols offer a lot compared to some other slot games, and with an RTP rate of 95.55% - the chances of winning in this game are pretty high. You can also try some of the best bingogames at Barbados Bingo.

If you enjoyed Tennis, try Mega Moolah as well and play today.