Captain Cashfall by Core Gaming is a 5 reel 20 payline fishing themed bingo slot. Your mission is to help the captain catch as many fish as possible. The slot has a lot of exciting features and is playable from just 20p per spin. Exciting features include expanding wilds, a Fishwife Free Spins feature, free spins, fixed wilds, a Sea Dog’s Super Slot feature, 3 progressive jackpots and more interesting features and cash prizes.

Core Gaming has an impressive set of business credentials with the company establishing partnerships with several big casino names and software development companies. One other thing that they stay on top of is legitimate licensing. Core Gaming meets gambling laws and regulations across several jurisdictions, including the UK and Alderney. Discover more games they develop as well as handle for different companies and casinos. All are fair and safe for customers to play. 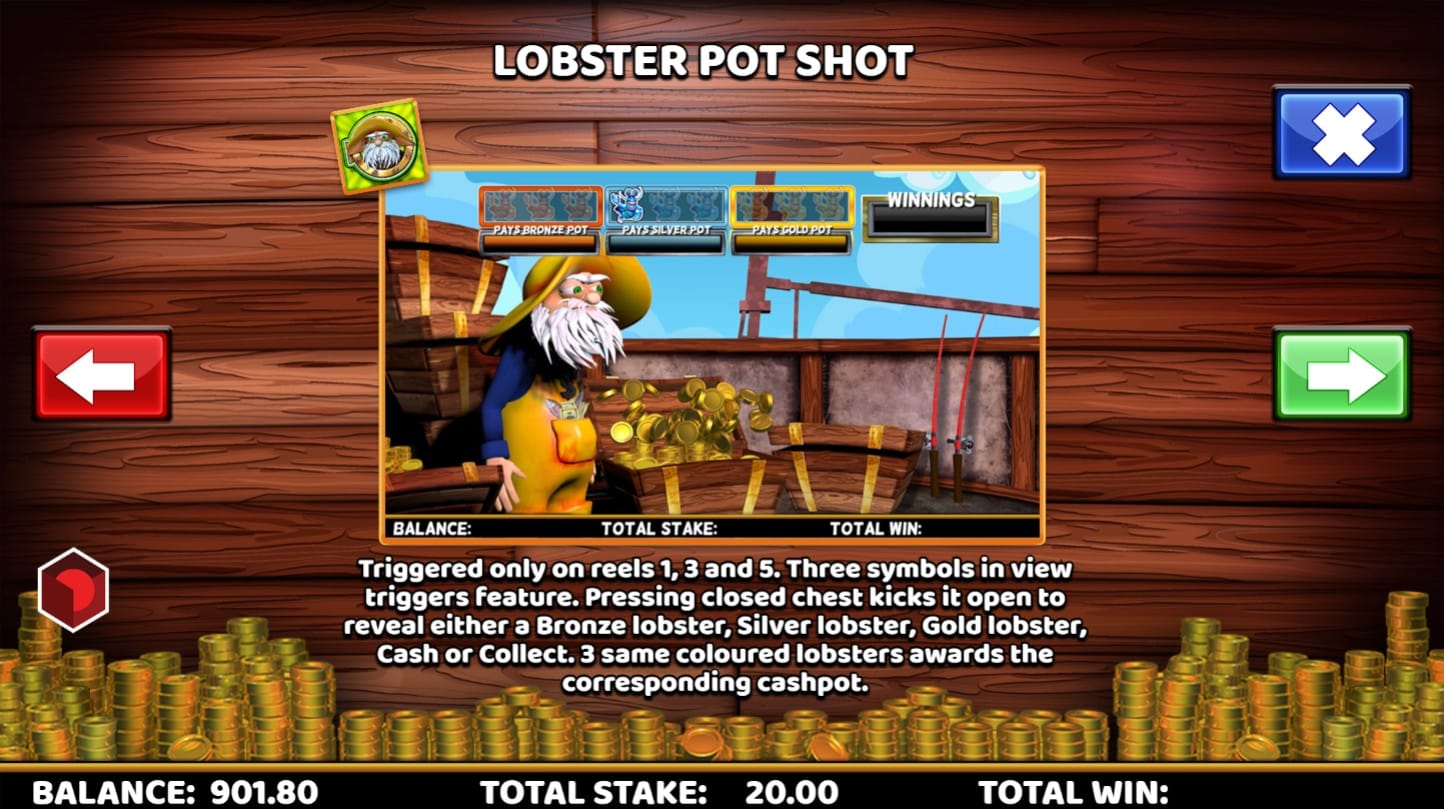 Can you hear the seas calling? It’s time to join venture on the salty seas on a mission to fish a mega Captain Cashfall jackpot. This slot has a cartoon design which has been nicely executed. Game symbols include lower value royal icons which include a blue fish, a fishing rod reel and a ship’s wheel. The highest paying icon is the Captain Cashfall logo. If you land 5 on a payline, you win 25x your total bet.

• Wild symbol- The can of tuna is the wild symbol. When it lands on the 3rd reel, it expands to cover the entire of the reel.

• Fishwife Free Spins feature- Land the fishwife scatter on the middle reels and your reward will be free spins. 3 unlock 10 spins, 4 unlock 20 spins and 5 unlock 30 free spins. During the spins the reels at the middle position of the reels will be wild. If the wild lands on the 3rd reel, it’s going to expand and fill the entire reel like how it was during the main game. This feature be retriggered to get more and more free spins.

• Sea Dog’s Super Slot feature- 3 sea dog scatters will appear on the 2nd, 3rd and 4th reel to trigger this feature. The first thing you’ll need to do is to select options in the pick ‘em round which award 3, 5 or up to ten free games on a mini reel set. You will need to land 3 of the same colour fish to form a win line.

• Lobster Pot Shot feature- Land 3 Captain Cashfall scatters on the odd numbered to trigger this feature. Opening the treasure chest will unveil a silver, bronze or gold lobster, a collect or a money prize. Land 3 coloured lobsters and you win a jackpot prize associated with each.

The 3 progressive jackpot features are activated when you land winning combinations that feature the respective coloured backdrop. You’ll need to make sure the entire trail towards the right of the reels is lit.

• Reel ‘Em In feature – help the Captain fish on the pier. Hit the associated button to weigh the fish caught and unveil multiplier prizes that go up as far as 250x your bet.

• Captain’s Wheel feature – head out to the deck and spin the wheel to reveal various multipliers. Keep spinning until the pointer stops at a collect. 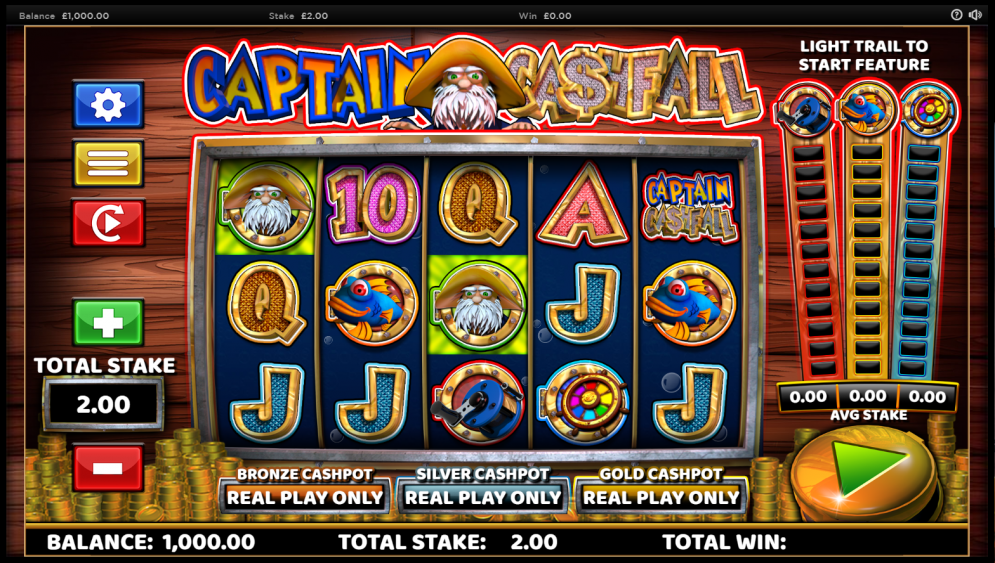 Captain Cashfall is a highly entertaining slot with a decent amount of action. If you like variety in your slots, then this will be a slot to consider. You’ll find a lot of seafaring yarns in the slot’s oceans. You won’t have an easy time landing most of these features. The various multiplier extras will help you rake in a few coins though. There are more exciting bingo games to play and win!

If you enjoyed Captain Cashfall why not try Thunderstruck II?