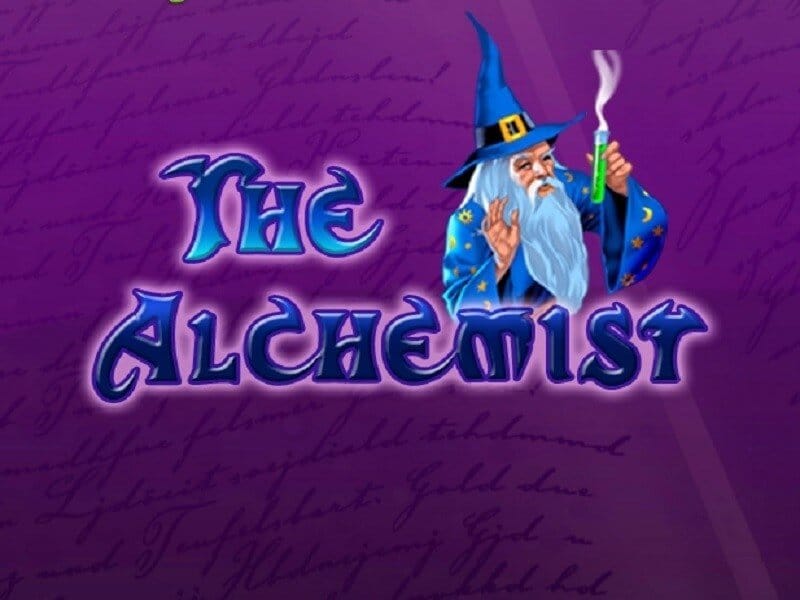 With a magical theme, Alchemist has a Harry Potter feel to it. As a player you’ll get to step into a world of wizardry where practising spells is about as common as riding a bike. So, if you’ve always wanted to try your hand at magic, you can do just that with the help of the potion-loving alchemist. But there’s one aim in this game, and that’s to find the elixir stone – which has the ability to turn everything into gold. This is the secret to securing the online bingo game’s jackpot.

In terms of visuals this games is filled with eye-catching elements with bright colours used throughout. The backdrop depicts a wizard’s laboratory showing shelves topped with potions and spell books. The reels are just as impressive, considering they have been made to look like an open spell book.

Formally known as Admiral, Novomatic have been around since 1980, which is quite impressive in the gaming world. As one of longest running developers on the market, their games come with a sense of trust. Always seeking talented individuals to help with the creation of bigger and better designs, their future looks extremely promising.

They offer a varied list of products too, so it doesn’t matter if you’re into land-based casinos, online slots or sports betting, they do it all. Some of their biggest titles to date include – African Simba, Columbus and Dolphins Pearl. So, if you want to get a feel for their games we suggest you start with their classics. Play and have fun with the best games online! 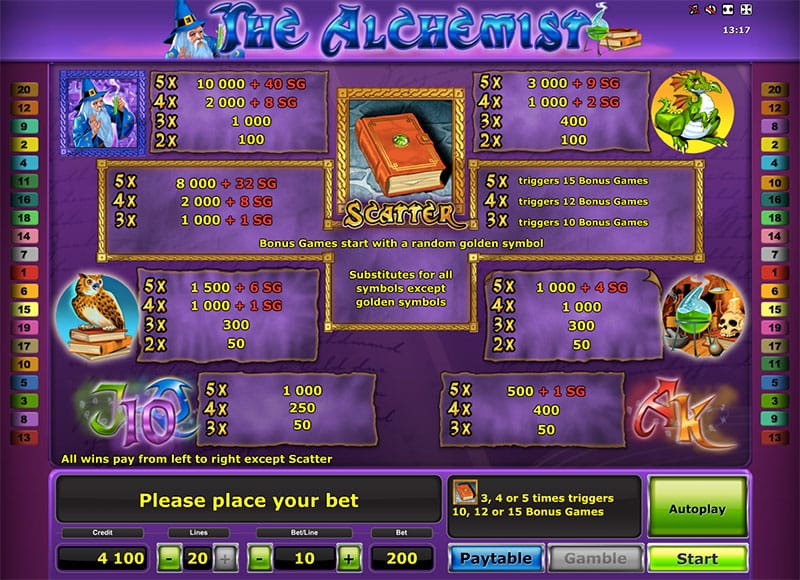 This video slot game comes with 5 reels and 20 paylines, but you don’t have to play all 20 if you don’t want to. The game’s symbols fit in with the theme perfectly and include everything from potions to dragons and an owl. However, there is one crucial symbol which acts as the game’s WILD and SCATTER. This icon is the magic book and like a WILD replaces all symbols in the game. Similar to the functions of a typical SCATTER, it also produces Free Spins when you land 3 or more of the magic book icon across your reels. The amount of spins will be determined by the number you land with a maximum of 15 to play for.

There’s also a gamble option where players can double their winnings by guessing the colour of a suit. Be warned – we suggest you only use this feature if you’re not fussed about gambling away your winning as this can be a risky move. 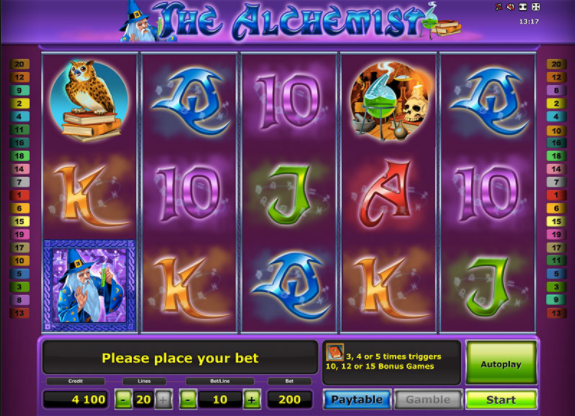 The Alchemist’s magical theme is intriguing to say the least – after all, it’s not every day you can say you created potions with a wise wizard! Its brilliant animations and quirky game-play are sure to find you coming back time and time again. All in all, this is the perfect go-to game if you’re looking for some light-hearted entertainment with a chance to take home some lucrative winnings along the way.  Plus, did we mention there’s a pretty impressive jackpot up for grabs when you play bingo games like this?

If you enjoyed Alchemist why not try Starburst online slot?