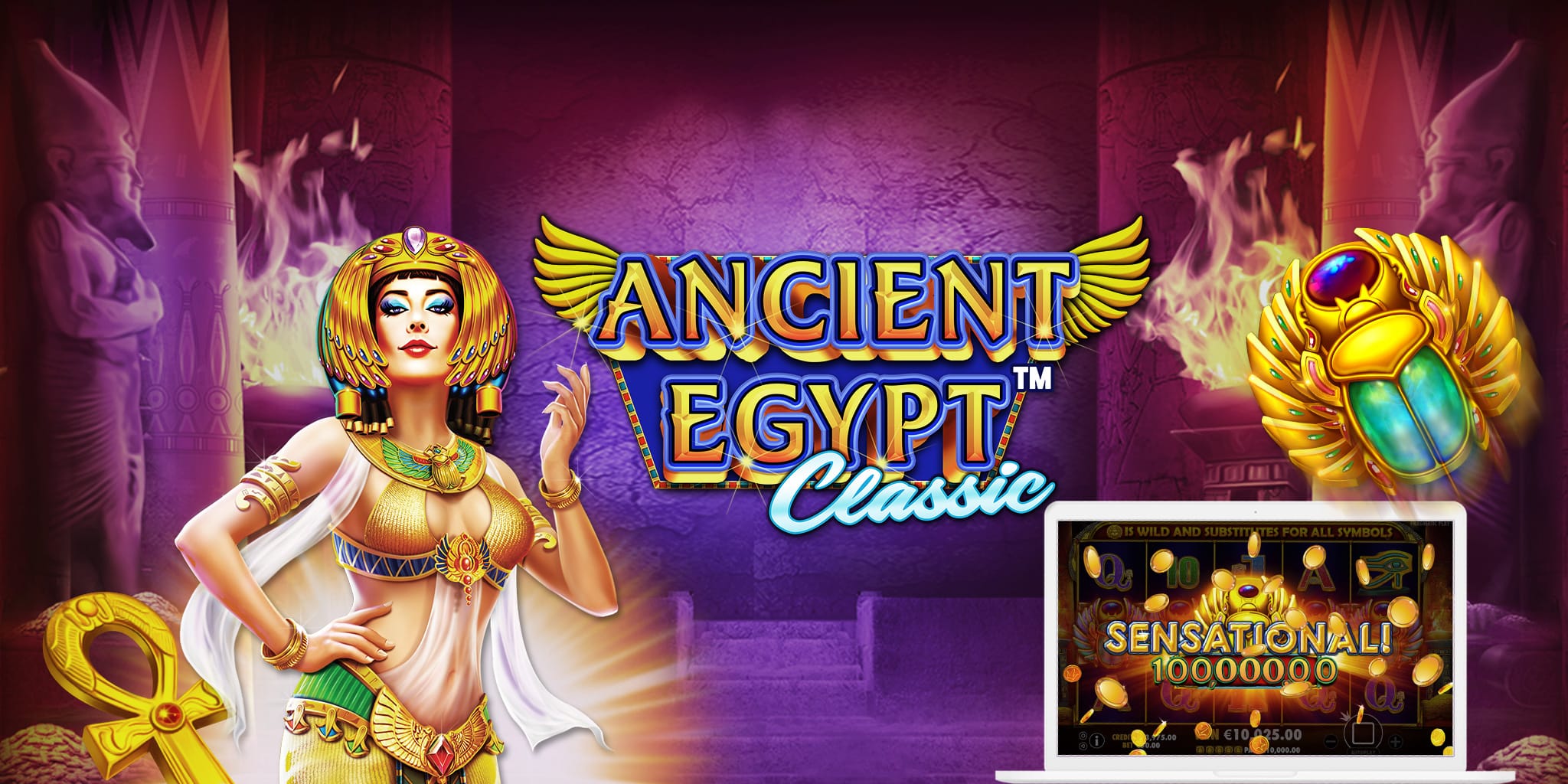 Ancient Egypt is a slot game that plays on the historical facts and mythical tales of an interesting time period you can play. Mixing modern-day technology with a glimpse into history is what sets this slot game apart from the rest – an online bingo game with substance from Pragmatic Play.

Pragmatic Play is a successful online games provider that was founded in 2015 and is based in Malta. What makes this provider stand out from the other good online games providers is the types of bingo bonus games they offer, from standard to multiple screen. Although the Ancient Egypt slot doesn’t have multiple staged bonus features, it does have a good amount of bonuses. 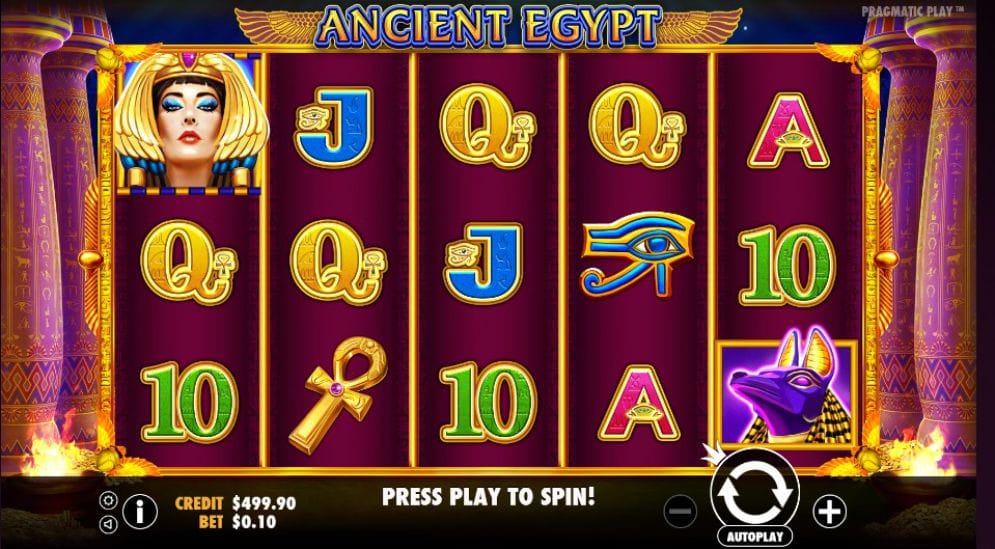 You’ll feel like you’ve been transported straight to Ancient Egypt when you start the game, with an exotic soundtrack and a thoroughly Egyptian set of reels on the background of a starry night sky, with flames either side of the reels. You’ll find various theme-appropriate symbols on the reels, from scarab beetles, Egyptians, amulets, sphynx, an eye, and also the regular 10 to Ace symbols with an Egyptian twist. The Egyptian lady is the highest value symbol, awarding £250 if you land five of them.

Scatter and the wild symbol – the golden Scarab beetle is both the scatter and the wild, and it substitutes for all other symbols on the reels. If you land five of them you’ll be awarded with 50x your total bet, landing 4 will get you 10x your total bet, and 3 will get you double your bet. If you land three or more of these symbols you’ll also trigger the bonus game.

Free spins – if you are awarded the free spins chest, then you’ll get 10 free spins. Before the round starts, the expanding symbol will be chosen and will pay its regular amount according to the paytable, but even in non-adjacent positions. It will expand vertically to cover all positions on the reels, and if you land three or more scatter symbols within this round you can trigger another 10 free spins. 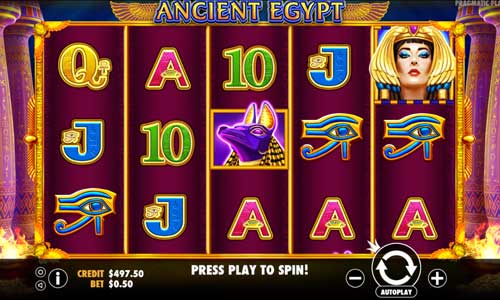 Ancient Egypt is a high-volatility game, meaning that although it doesn’t pay out often, the chances to win larger amounts is higher. The symbols are all worth a decent amount of money, and the bonus game adds another level to the game – adding more opportunities to win bigger payouts, as the payouts with the scatter and wild symbol are already good. A definite winner for those looking for a longer game to play – it’s a game that looks good, plays smoothly and with enough twists and turns to keep a long game from becoming tedious. Check out other exciting bingo games at Barbados.

If you enjoyed Ancient Egypt why not try Starburst bingo?