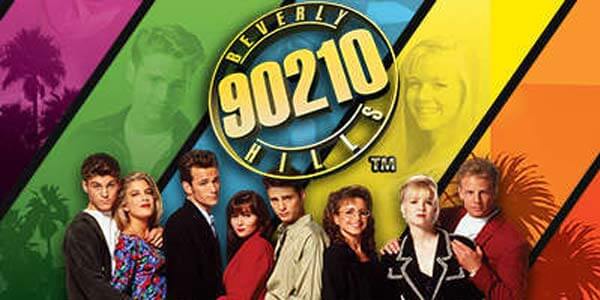 This 1990’s classic was a total hit when it came to our screens: a bunch of wealthy high-school suburban kids going through all of the teenage angst and drama that our homes couldn’t live without. The remake in 2008 did just as well – running for five seasons up until 2013, so it’s not much of a surprise that such a popular show made it into the online gaming world. If you were a fan of either of the shows, 90’s or 00’s then you’ll love this.

iSoftBet: the developers of Beverly Hills 90210

iSoftBet are an online and mobile games provider, priding themselves on innovative and unique bingo games as well as TV and film-inspired games. Just like 90210, iSoftBet also created other TV and film-inspired slot games like Paranormal Activity game, Platoon, 24, Rango, Basic Instinct and more.

This five-reel, three rows and 243 ways to pay bonus bingo slot game pulls you right into the heart of Beverly Hills high-school – with the TV soundtrack and symbols of the characters from the 1990 series, as well as other features that you’ll recognise if you’re a big fan of the show. On the reels you’ll also find the normal playing card symbols set in stars, sports car wilds and logo scatters. The game is set up with three different game modes, which are randomly triggered depending on the games algorithm: left to right where the symbols pay from left to right, both ways where the symbols pay both ways, and left to right transformer, which turns symbols into other symbols that will create winning combos.

Wild symbol – the wild is the sports car with ‘wild’ written across it, and it substitutes for all other symbols on the reels except the scatter.

Scatter symbol – the Beverly Hills logo is the scatter symbol, and if you land three or more of them in one spin you’ll enter into a free spin round. When you enter into this feature you’ll need to pick a side: boys or girls. There are different features for both sides, if you pick the girls they’ll send kisses making symbols wild on the reels, and the boys will find ovals which will turn the entire reels wild.

The Verdict on this Slot

A nifty little slot game that pays homage to this popular TV classic – the extra bonus features within the game can make it highly lucrative, and the soundtrack with the symbols take you right back to the 90’s. The three game modes are particularly unique to this game, and is a fun element to the game, making it a little more interesting than other standard slot games. Go and enjoy bingo games and win!

If you enjoyed Beverly Hills 90210 why not try Mega Moolah spin game?