What does Big Kahuna even mean? The phrase is sometimes used to tell people they’ve got balls (not actual balls) meaning they’re brave or courageous, but the actual term is used to describe a chief or a very important person. But we’re going to go with the former and ask you if you have the kahunas to play bingo game with jungle-inspired slot game?

Microgaming are all about the fun and have been developing a wide range of slot games for over a decade. Whether you’re looking for quirky games like Big Kahuna and Castle Builder, to film-inspired games like Terminator and Bridesmaids – this gaming giant offers up something for everyone’s taste. You know you’ll be in for a good game when you pick something from Microgaming. Never miss the fun in casino promos you can play. 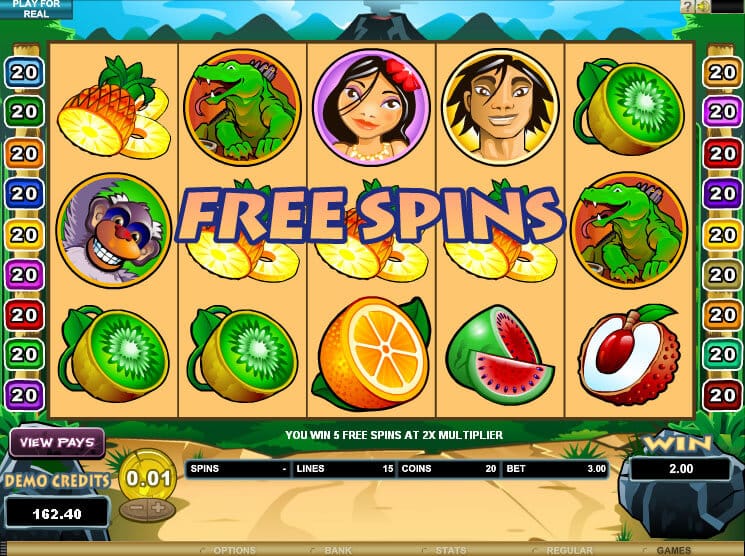 Big Kahuna is a vibrant and colourful slot game, which seems to be set in the jungle (we gather, by listening to the soundtrack playing in the background). It has a similar set up to the old-school slot games, with a modern twist in terms of the animations – and the fact you play it online. You’re presented with a five-reel setup and 9 unfixed paylines to play with. The games tribal/jungle feel comes into play on the reels as there are various different symbols like tribal masks, a shaman, an iguana, a monkey and a golden volcano mixed in with the old style fruit symbols.

Wild symbol – the Big Kahuna wild is the wild symbol and it substitutes for all other symbols on the reels to make a winning combo (it doesn’t substitute for the scatter though). The wild is also the highest paying symbol of the game, paying you 8,000 if you land five on the reels. A winning combo can only be made with other fruit symbols though.

Volcano bonus – land three or more volcanos in one spin and you’ll trigger a bonus round, where you’ll pick a fruit to throw into the volcano, which will then give you a prize.

Mask bonus – land three or more of the masks and you’ll unlock another bonus round, where you get the choice of 10 masks. The masks could have a prize behind it, but they might not. 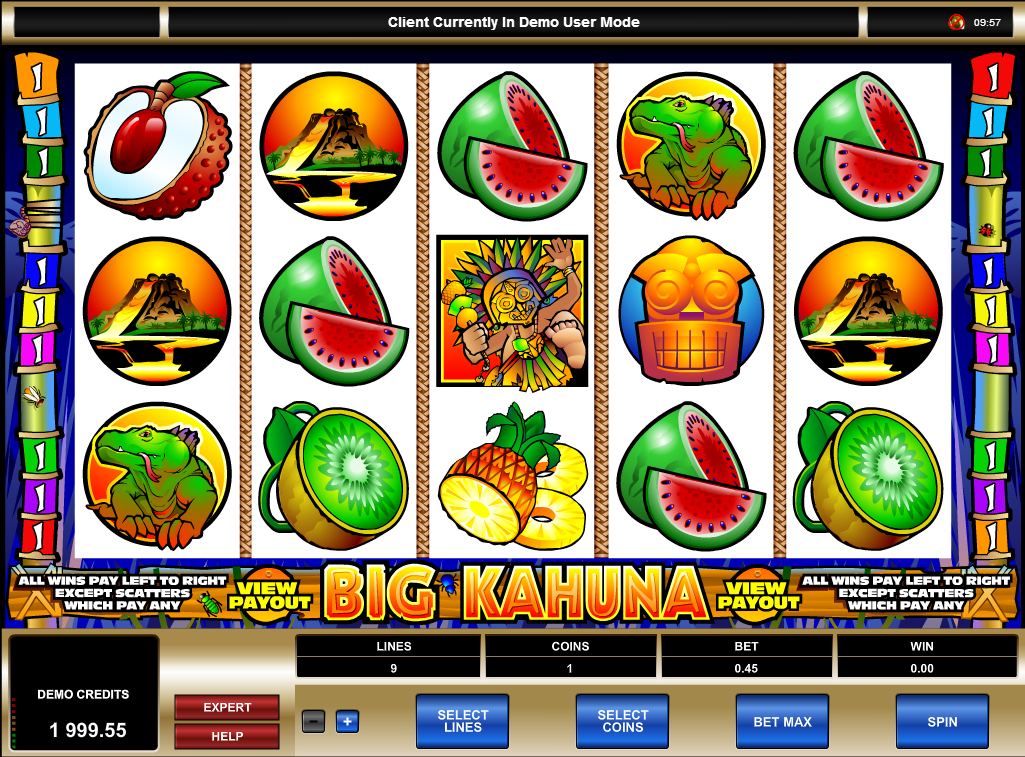 The Big Kahuna slot game can be a great deal of fun – it’s colourful, it’s immersive, and it offers more than just your average wild and scatter symbol, with extra bonus rounds for the players who land the other symbols. Players definitely have a lot of different winning opportunities here – Microgaming have provided another beauty of a slot game. Join and experience amazing bingo games and win!

If you enjoyed Big Kahuna why not try Mega Moolah spin game?