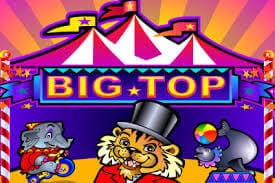 Come one and all to experience the thrills of the circus with Big Top, a classic five-reel slot game with nine play-lines.  We’ve come to expect the best from Microgaming and while Big Top doesn’t represent the pinnacle of the veteran developer’s offering, gamers who appreciate the smooth aesthetics and uncomplicated theme won’t be disappointed here either.  Although there isn’t a free spins or bonus feature round, Big Top isn’t clowning around as the star attraction here is a 5,000 coin jackpot which, when playing 5 GBP a spin, represents a 25,000 GBP payday.

Based in the Isle of Man, Microgaming were set up in 1994 and have consistently proved their pedigree within the notoriously competitive world of online bingo gaming. Microgaming have amassed a huge portfolio of more than 850 games (including 1200 variants) over the last 20 or so years, ranging from bingo and land-based terminal games to live dealer, multi-player and, of course, online casino promotions video slots. In the unlikely event that you haven’t experienced one of Microgaming’s award-winning games, I suggest you check out one of the following titles sooner rather than later: Thunderstruck, Jurassic Park and Avalon II. 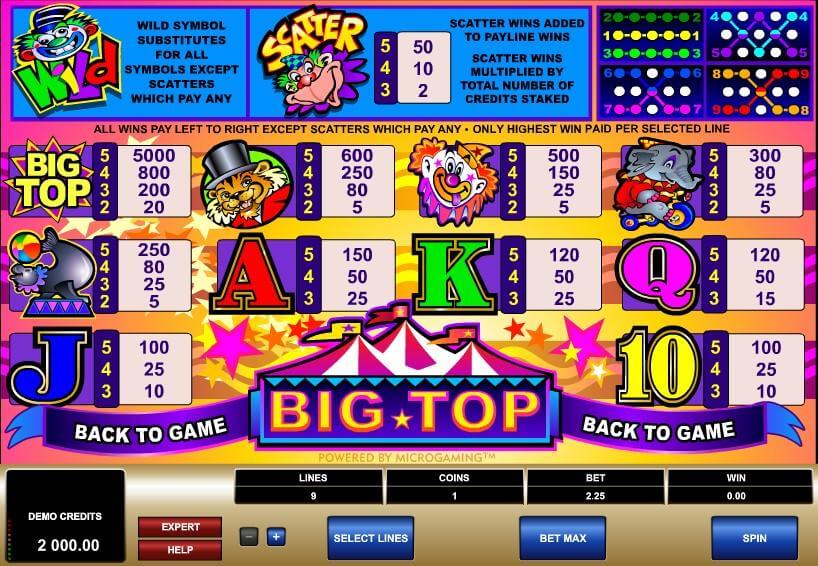 Big Top is a circus-themed online slot from industry giants Microgaming.  The game represents somewhat of a hybrid between old school one-arm bandit type casino slots and the newer breed of five-reel video games which can be sublime or a sensory overload.  Lower value symbols are represented by playing cards from 10 to K, while higher paying symbols are taken from the carnivalesque procession of circus acts:  an elephant on a bicycle, a seal with a beach ball and a tiger in a top-hat.

Grinning clowns are wild, substituting for all symbols except for the monkey in a purple ruff scatter symbol.  Three monkeys in view awards a scatter win of 50x your line stake along with a short circus performance to keep you entertained while you count your cash.

As mentioned, there is no free spins round or bonus feature round to speak of.  The bright, fun graphics help to ameliorate this lack of features, but a simple bonus would still have been welcomed. 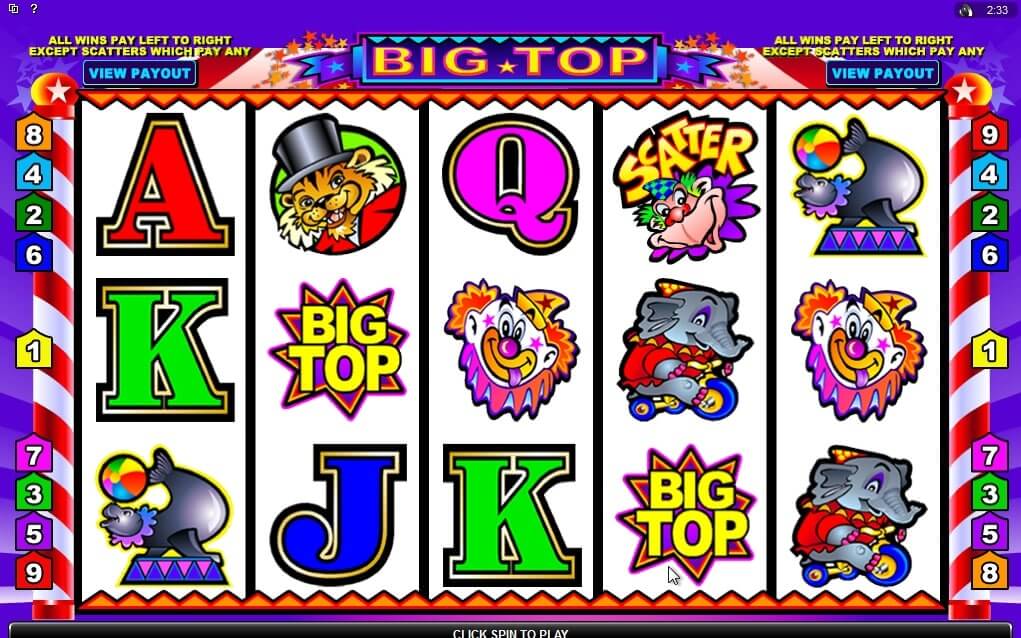 Big Top from Microgaming is a slot that harkens back to simpler times, when online slots relied on a solid theme and simple yet well-rendered aesthetics.  While it is likely to appeal to retro gamers more than those seeking a high-octane ‘modern’ experience, Big Top lets high rollers up the ante to 5 GBP per coin for wins of up to 25,000 GBP.  Those who like the circus theme should also check out The Twisted Circus, also from Microgaming.  Meanwhile, if you want to try one of the newer brands of bingo games and video slots, why not give Game of Thrones a spin.

If you enjoyed  Big Top why not try Mega Moolah game?