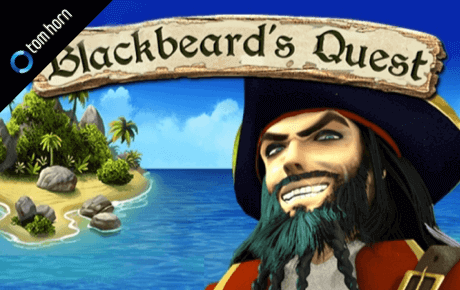 Blackbeard is known as the pirate to be reckoned with, notorious, fearful and ruthless – and what do all pirates like? Treasure of course. So what better guy to model a bingo on line slot game after? In this game, he wants to take you on a quest to find this elusive treasure. We say ‘take you’, but really we mean ‘make you’ as you’re a prisoner aboard his ship until you can take him to what he desires. Or, you could just be thrown overboard.

Tom Horn Gaming is not as well-known as other brands, but that doesn’t mean they’re not continuously building a successful and enjoyable gaming portfolio. It’s all about high quality animations, storytelling, and smooth gameplay with Tom Horn games – and that’s exactly what you can expect from Blackbeard’s Quest. Discover more of their games and have fun! 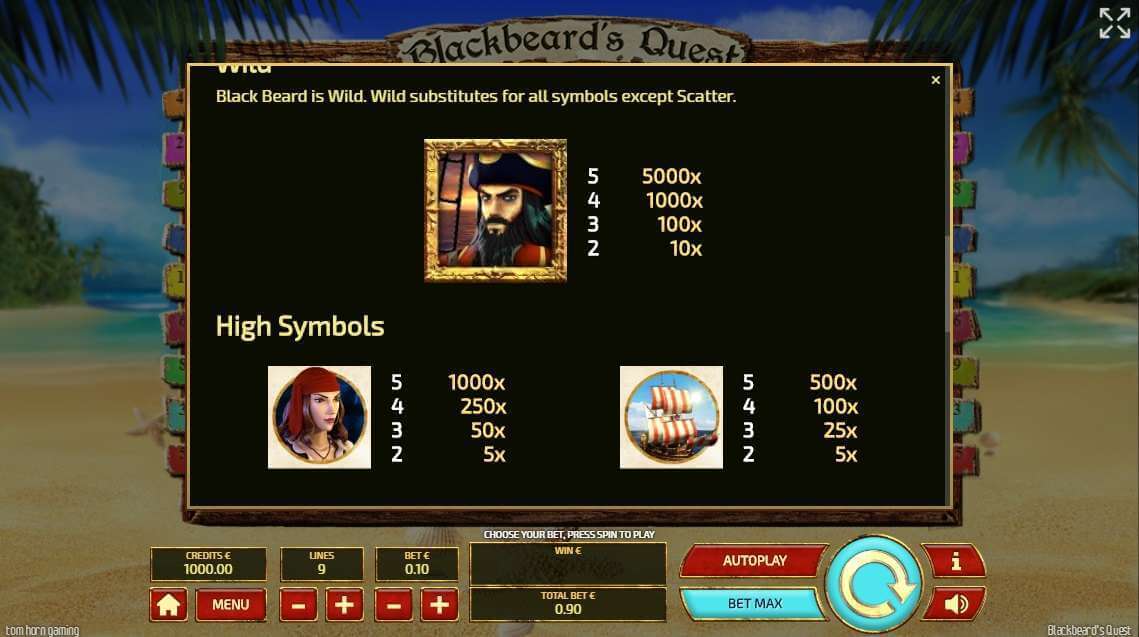 Surprisingly, the reels aren’t set on a pirate ship in this game, as they’re actually set on a lovely beach, with palm-fringed sides, golden sand and bright blue sky. The symbols on the reels consist of Blackbeard, a wench, a pirate ship, a birds-eye view of the ship in the sea, the card symbols.

Wild symbol – Blackbeard is the wild symbol on the reels, and it substitutes for all other symbols on the reels except the scatter. It’s also the highest paying symbol if you match 5 of them in a spin. 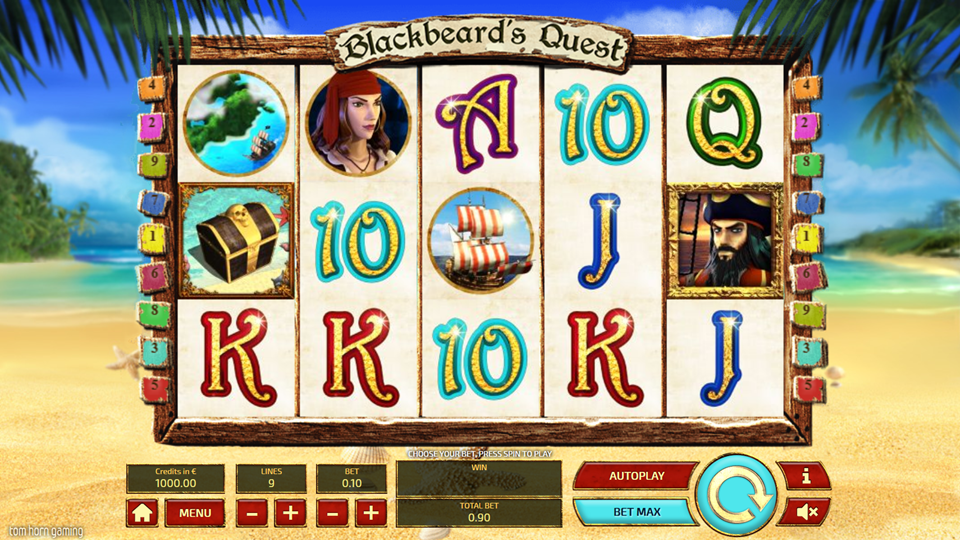 Everyone loves a pirate theme for a game – and bingo games are no different! They add a touch of thrill, excitement and bad-ass feels when you start playing, and this game delivers that with its story and its bonus features. With treasure chests full of loot, free spins that keep on going, wilds and scatters – this game keeps on giving, without going overboard.

If you enjoyed Blackbeard's Quest why not try Mega Moolah bingo?