Blood Queen video slot is inspired by creatures of the night - vampires – a cemetery - in fact a moonlit graveyard - with colourful gothic icons in the foreground. It’s a veritable gothic horror romance and how could it be called anything other than Blood Queen? A notable catchy and dramatic spooky soundtrack frames the picture of human vampire hunter and vampire man eater. Sound effects and speed and detail of the graphics makes spinning this game a very fun experience. Look this is a great slot – the end.  Look out for the knock-kneed skeleton in the background and other cool animated detailing when you play. 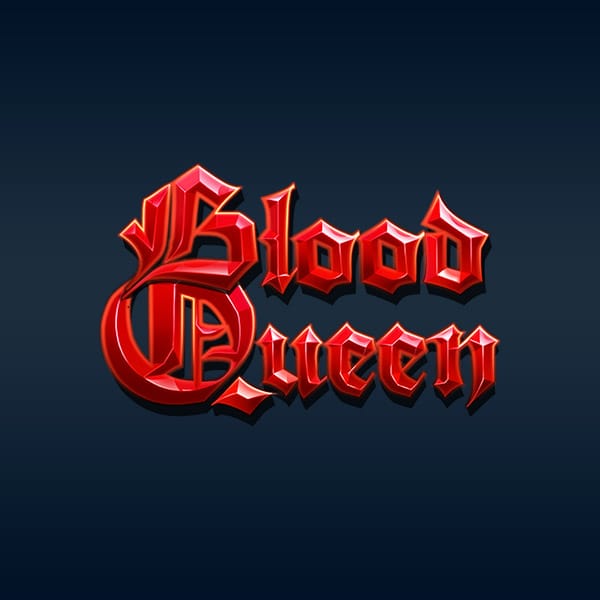 Iron Dog Studios really know how to do creepy high quality audio, quirky graphics and inventive extras.  The developers at Iron Dog Studios are fairly new in this industry. They describe their games as ‘games with souls’ and have new games coming out all the time.  Existing games include: 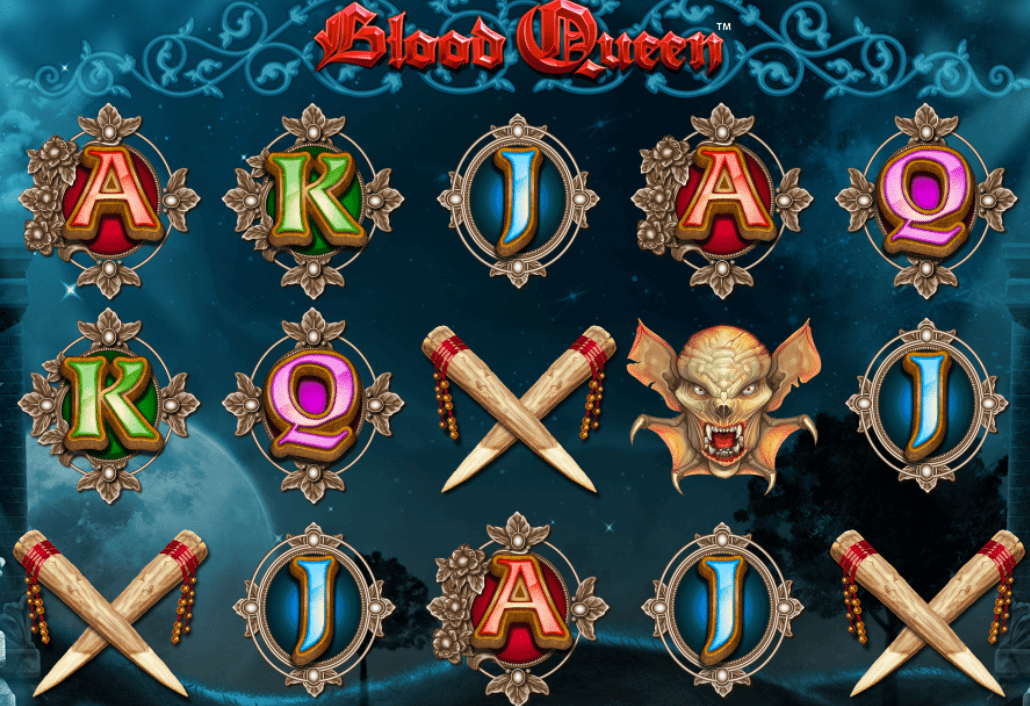 You can set your betting range via the ‘Coins Stack’ with a min to max bet to help you set a maximum game play bet. ‘Autoplay’ means the reels will turn without a break for a chosen number of times while ‘spin’ will set reels in motion once.

The ‘wild’ is the Gargolye and can appear in the top position of any reel.  Once it appears it expands to cover the whole vertical line.  Sometimes more than one wild comes at a time.

‘Love Couple’ is the free spins symbol that can appear anywhere on the reels.  Land 3 or more and a ‘Free Spin’ kicks in where you get 20, 30 or 50 spins (depending on number of triggering symbols).  On a free spin choose ‘Van Hell’ or ‘Blood Queen’ spins.  Van Hells will get you ‘Holy Water’ expanding sticky wild and Blood Queen will get you ‘Blood Potion’ shifting wild reel. ‘Holy Water’wild will spread with each spin until it covers 4 symbols and then vanishes and ‘Blood Potion’ will appear on reels 2, 3 and 4 and then expand to cover the entire reels before it shifts left and vanishes. 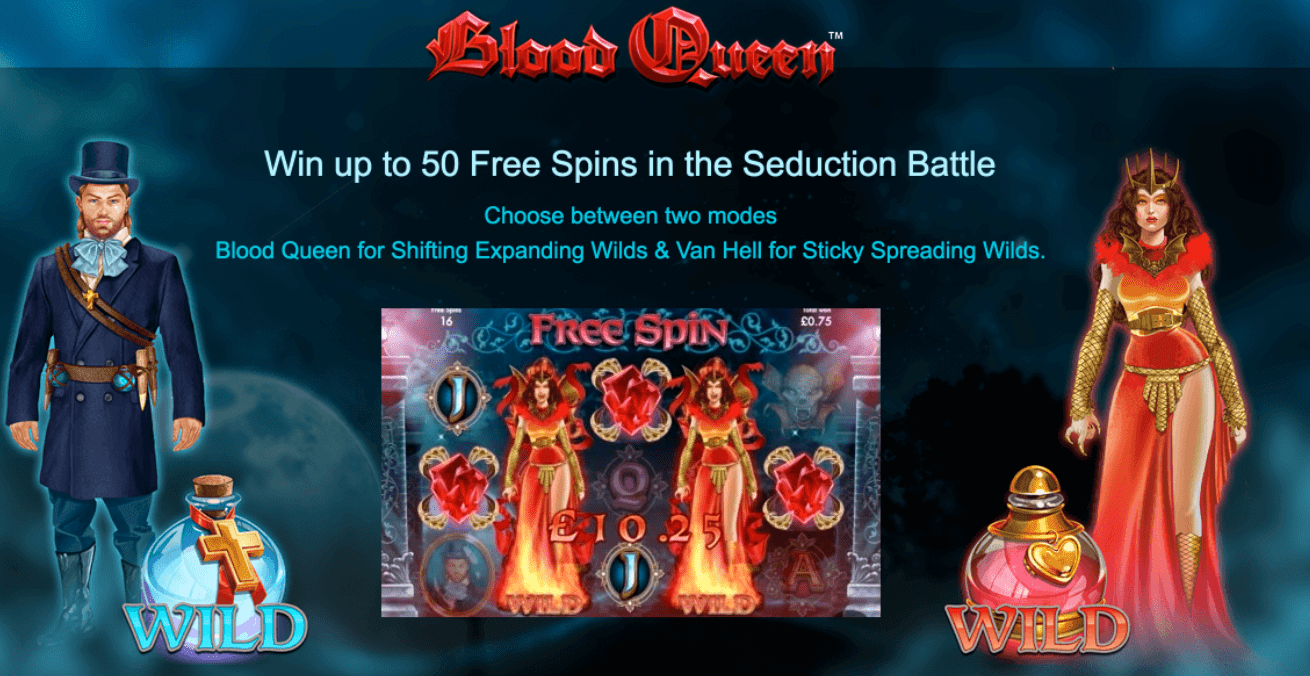 Blood Queen is a very well-designed slot. Visuals and sound are well put together with the orchestral score. Free spins make up for lack of extras and liven it up (Holy Water and Blood Potion) and can make for excitement if you land both on the same free spin.  With potential drops of up to four times your stake on each spin - there is money to be had on this game too.