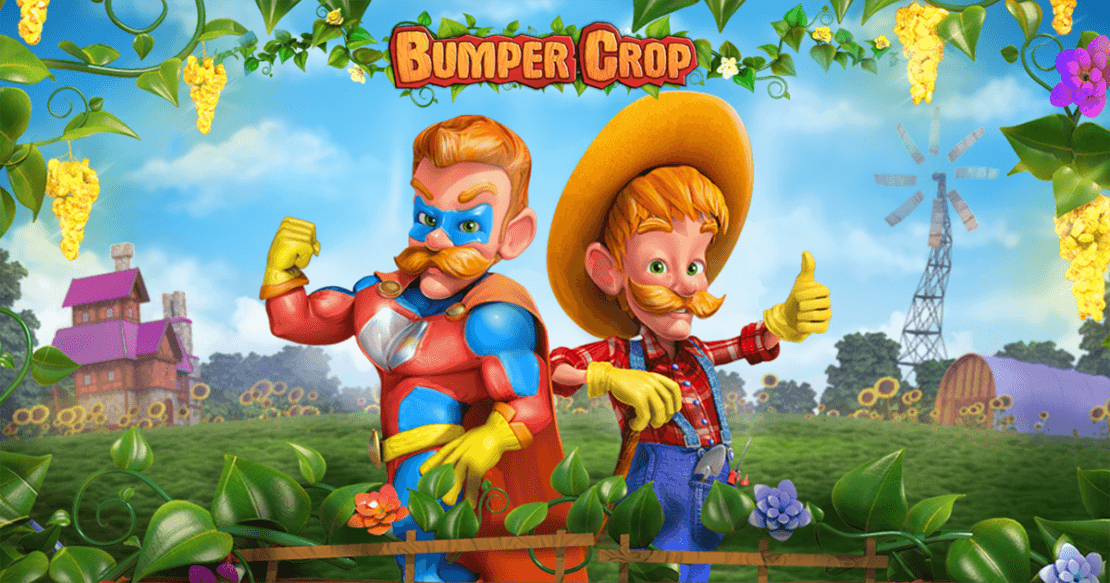 Becoming a hard working farmer isn’t exactly the life many of us choose, but with Bumper Crop that life chooses you. Presented in an attractive 5 reels and 27 paylines format, the layout of this interface is surprisingly conventional, and yet it looks like one of the most modern activities we’ve played in some time. You can play this amazing game on Barbados bingo site UK.

This Playson title isn’t the most varied of the games released by the brand, but upon the dirt of this farm you’ll be able to plant Wild Trees and Super Wild Trees. Just like it would be in real life, it can take a lot of hard work for these trees to become mature, with some budding farmers missing out on the free games. But for a risk of 27p per spin, it’s one worth taking, especially when maximum wins can be around £13,500.

More often than not, we know little about the developers that create the UK bingo promo games we love, seeing as how we’re fixated on the features instead of the creators. And yet by bypassing such information, we miss out on a rich tapestry of history behind the label.

In the case of Playson, it was founded in 2012 in Malta, and has remained in that location ever since; considering that Malta is a thriving epicentre of the online bingo games circuit, it makes sense that Playson has stuck to its roots. To help keep the cogs of this well oiled machine turning, over 250 employees has spread the message of Playson across the globe. 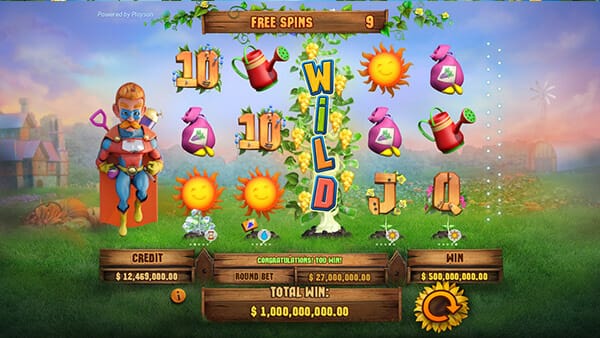 Set outside in the fresh air and sunshine is where the winlines sit, free of any frames or rigid lines, helping to make this feel like an open experience. Stood beside the seedlings of the game, aka the symbols, is our farmer. If you manage to get the scatter symbols in the order as shown via the paytable, you’ll be able to grow trees that’ll launch the bonus spins.

One of the ways in which the produce can be sped up is by the Super Gardener, an alter ego of the ginger haired gentleman. In truth, the way the feature works can feel a little over complicated for novice players, but once you settle into the play both way winlines, you’ll soon adapt to the features.

● Wild Tree: This is one of the first plants you can grow, with it able to grow anywhere except the middle reel. It acts as an expanding wild and spreads up the entire reel, with the fruits of the tree giving as many as four spins.

● Super Wild Tree: Unlike the above tree, this one only grows on the third reel of the grid, with it sharing all the properties of the Wild Tree, save for the fact it produces up to 10 spins.

● Free Spins: When you launch the mini game of spins, the other trees that had started to grow will be frozen, with them not thawed out until after the bonus is complete. 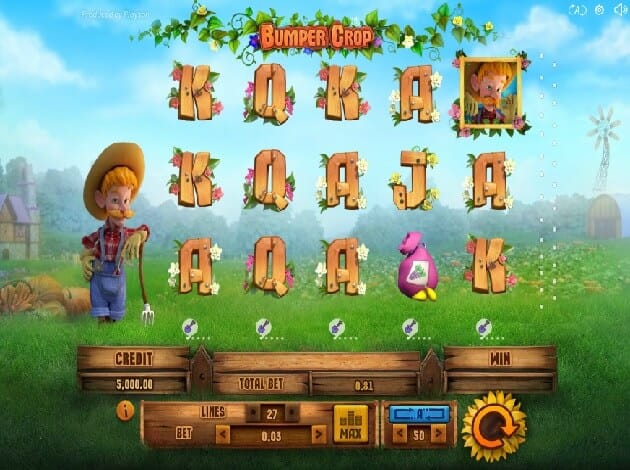 Playson seems to have done it again, with Bumper Crop being yet another example of how they push the boat out in an attempt to make slot machines more enjoyable for a wide array of players. The introductory bets are low, but the wins for highrollers can be high, not forgetting that the extras along the way make the game come to life in a unique way.

If you enjoyed Bumper Crop why not try Starburst online spin game?