The analogy of the caterpillar is one that’s been used all throughout life to teach about patience and that everyone eventually has their butterfly moment, which can occur in the same way it does for the caterpillar- unassumingly and by surprise. The Butterfly Staxx by NetEnt celebrates this philosophy. It’s a 5 reel 40 fixed payline slot playable from 40p to £400 per spin. This UK bingo online slot is accessible on desktop as well as mobile and tablet.

NetEnt is a Swedish company founded in 1996. It is one of the most successful internet casino software providers and a globally popular one too. NetEnt has managed to overtake industry gaming giants like IGT, Microgaming and Novomatic. NetEnt slots have ended up being huge in the Nordics, the UK and most of Europe. They’ve also expanded to regulated markets like New Jersey and other parts of the USA. The company has managed to avoid legal issues and tends to keep off jurisdictions with legal grey areas like Canada, France, etc. You can find and play more bingo promotions UK games. 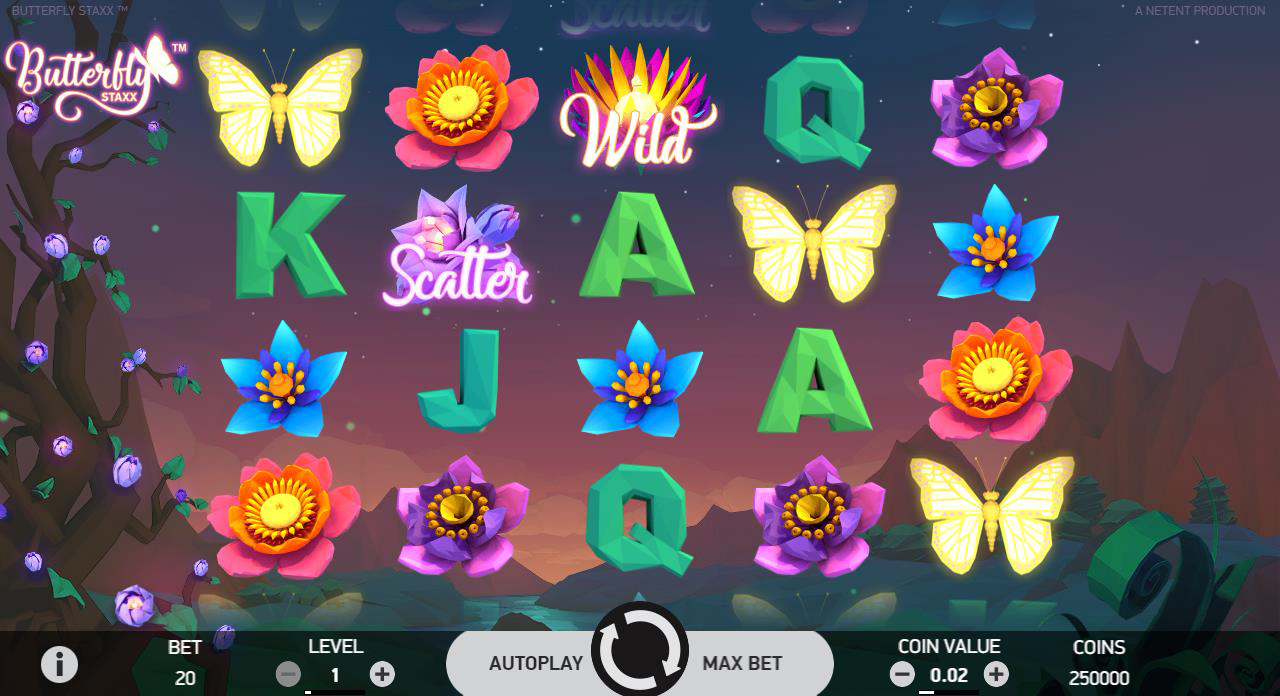 The slot has an artsy style- bright colors, a sunset scene, natural leafy background, fireflies floating around, etc. This nice touch makes the slot very appealing and adds motion and life to the gameplay. Gamblers can bet 10 coins per line and at different denominations.

There’s the generic set of low-value symbols based on jacks through aces. The symbols which pay much higher are made up of different kinds of flowers all the way through to the highest paying symbol which is the butterfly. The butterfly appears stacked.

• Wild symbol- The wild appears anywhere on the reels and replaces all the normal symbols except the scatter.

If a butterfly icon lands during a re-spin, it flies left and joins the cluster with another re-spin to follow – the re-spins will continue until no more butterflies land on the reels.

During this feature, only cocoon symbols land and they usually remain dormant or can be active. Active cocoons symbols land on the reels and change into butterfly symbols. Same as the Re-Spins feature, the butterflies fly toward the left. All the butterfly icons remain in place until the feature ends. 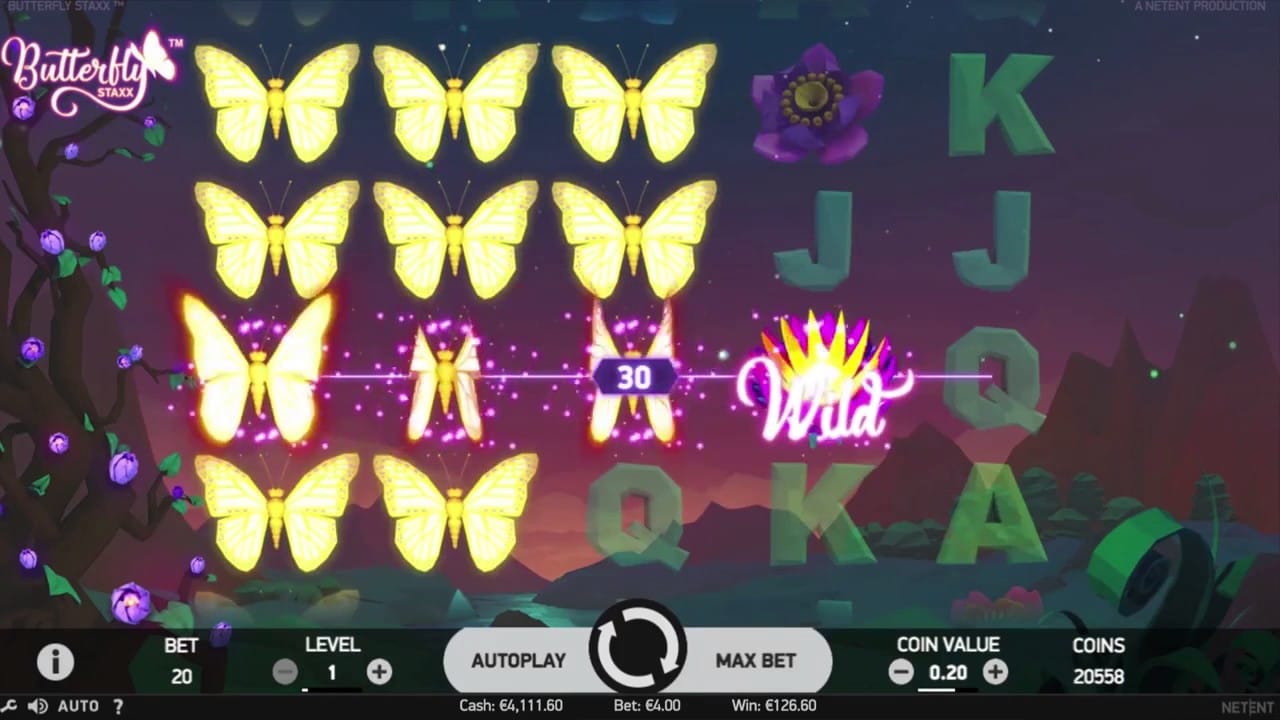 Butterfly Staxx is a simple slot- it has a relaxed feel to it. It is a low variance of playing bingo games online. It’s possible to win up to 120x your total stake on a Butterfly Spin or even spins in the base game. If you land a full set of 7 Butterfly Spins, you could win a cool 840x your bet.

If you enjoyed Butterfly Staxx why not try famous Barbados online slots?