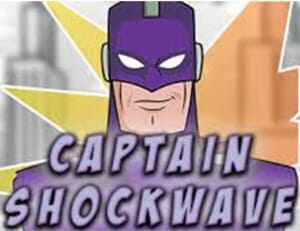 If you love comic books and superheroes you have come to the right online slot game. Alpha Squad Origins combines the two themes which go hand in hand and provide players with a comic strip style slot. The game is set to the background of a city with skyscrapers looming over the reels and appropriately themed music immerses players in to the game. The reels feature a superhero in costume and before suiting up, a super-dog, a young kid (which we assume may be the young hero) and a newspaper with the headlines featuring our hero catching a criminal and of course, the alpha squad symbol itself. The cartoonish lettering and features further enhance this comic strip style online bingo games.

Saucify is already are providing the gaming industry with a wide range of slots despite the fact that they are a relatively new company on the scene. They were originally known as BetOnSoft when they emerged in 2006, set up by private investments and equity. They have already got a large portfolio of well-loved online slot games to share with gamers and they continue to develop better games with each passing year.  They have stressed that their main focus remains in casino technology and they strive to grow and develop as a company, in order to provide the best possible games for consumers. Most of them are available on bingo bonuses UK. 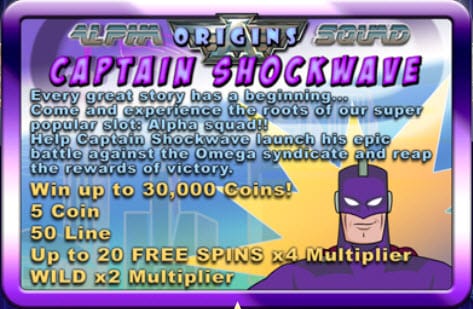 This bingo online slot game comes complete with its own characters designed in a cartoonish style and is ready with its own hero background story. It tells the story of a kid called Raymond Reilly, who was a little different from other kids as he could manipulate sonic waves. At the age of 22 he was involved in a terrible accident caused by a sinister corporation which led to this young lad becoming Captain Shockwave. Joined by his trusted sidekick and canine hero, Sonar, he swore to fight the evil Omega Syndicate. There are definitely some crossovers and similarities to some of our well-known and loved superheroes.

Join the fight against evil and learn the rules of the game:

THE WILD SYMBOL: The wild symbol in this online slot game is represented by Captain Shockwave’s Sonic Boom and it will substitute any other symbol except the Scatter symbol. Any win with the wild symbol will be doubled.

THE SCATTER SYMBOL: The scatter symbol in this sot is represented by the Raymond Reilly symbol and any scatter wins are multiplied by the total amount wagered. Scatters are paid in addition to pay-line wins. 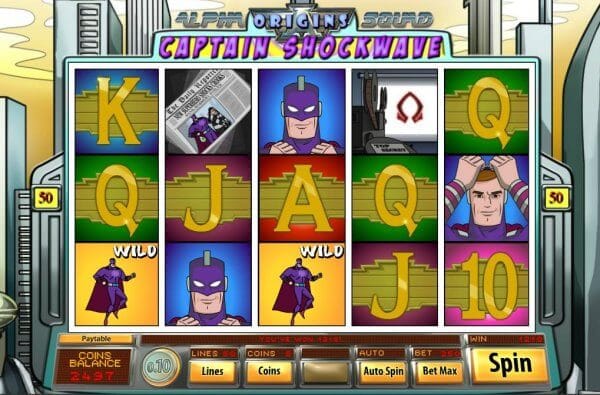 If you enjoyed Captain Shockwave why not try Immortal Romance spin?