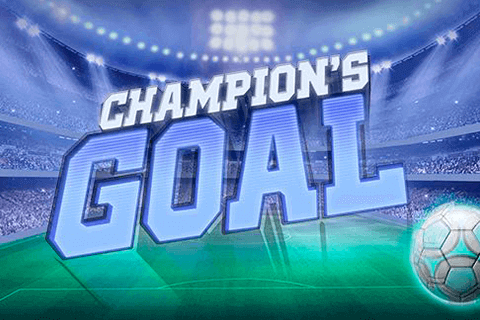 The Champion’s Goal is perfect for any football fan. Designed by Elk Studios, they have taken everything football and made it into an interactive, fun slot machine game. You might play football, watch the premier league or enjoy FIFA on your console; Champion’s Goal is another football themed game to add to your hobbies. This bingo on-line game allows players to be immersed in the atmosphere of the football match, with crowd noise in the background when you’re playing this slot will make you feel like you’re pitch side to your favorite team. The game features symbols including fireworks, local women, shirt numbers, and the football players. The football players will get you the biggest bonus in the game so be sure to keep an eye out for your favorite player when spinning.

This slot game is a 5 reel, 3-row grid that lets players join the football fans and spin to win great prizes. With plenty of wild symbols, scatters and bonuses, you will become top of the league with your winnings.

Elk Studios have created and developed Champion’s Goal for all the fanatic football fans out there. They are based in Sweden and have been developing mobile casino games since 2012. Offering a small amount of games in comparison to other developers, they believe in releasing a small amount of high quality games rather than a large amount of average casino games. Using advanced mathematical algorithms along with the latest technology, they make sure their games are high quality and appeal to a large audience. More of their games are available to play at BarbadosBingo.com 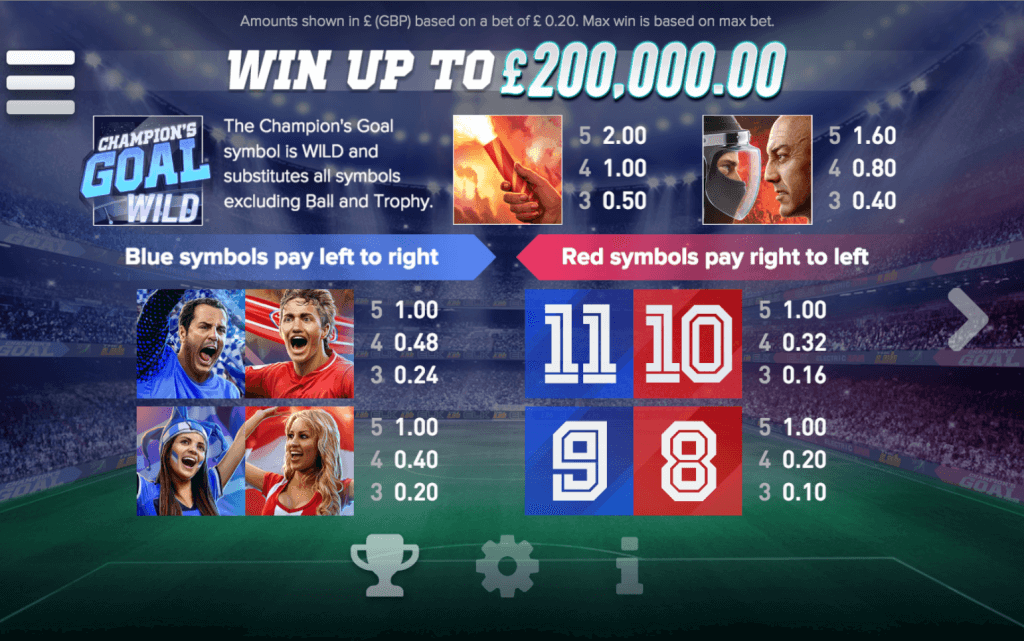 The game has simple rules and is easy to follow for players of all abilities. Blue symbols on the grid will pay from left to right and the red symbols will pay right to left. If you match 3 or more trophy symbols you will win free spins. When the football symbol appears on the reels, the free kick will be trigger. The free kick feature will multiply your current win by 5 and clears the front row to allow new symbols to fall.

The referee symbol will give you one free spin with sticky wilds in each corner. When the cascading TIFO feature is activated through a 3 x 3 reel block, you will get 3 bonus rounds and 3 sticky wilds, giving you lots of opportunity to win big bonuses. The common wild is also available; this will substitute symbols to help you get winning combinations. There are lots of ways to win and become a champion in this game, the top paid prize is worth 1000 coins and can be won if you spot the champions league torch and match with several of the same symbols. 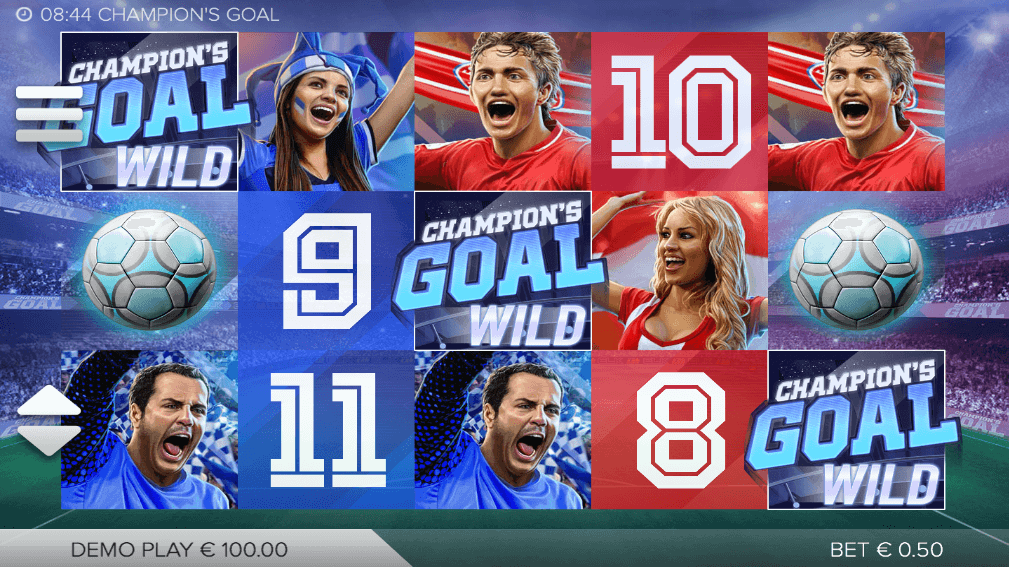 If you’re a football fan, you need to check this game out and give it a spin. With great background music and sounds, you will be taken straight to a packed stadium full of football fans. The game symbols and bonus features are great quality for slots players of all interests. If you love exploring more bingo games, visit Barbados Bingo.

If you enjoyed Champion's Goal why not try Immortal Romance spin game?