If there is one symbol that has been widely used throughout Barbados bingo on-line slots, it has to be the humble cherry.  Despite their ubiquity in the world of slots, these bright red fruits often represent the lowest values. That’s not the case here in Cherry Blast though. This fruit-themed slot puts cherries front and centre, making this wholesome fruit a lot more engaging and exciting for players!

Created by Iron Dog Studios, one of the newest brands within the 1X2 Network, Cherry Blast brings a forward-thinking concept to slot games. The Iron Dog Studio developers are well-known for being a forward-thinking bunch, and this game cements that fact extremely well. Made up of a team of developers who are influenced heavily by the past but are also extremely interested in current tech developments, you can be sure this is a game that has hints of nostalgia amongst its contemporary feel. Find this game and play here. 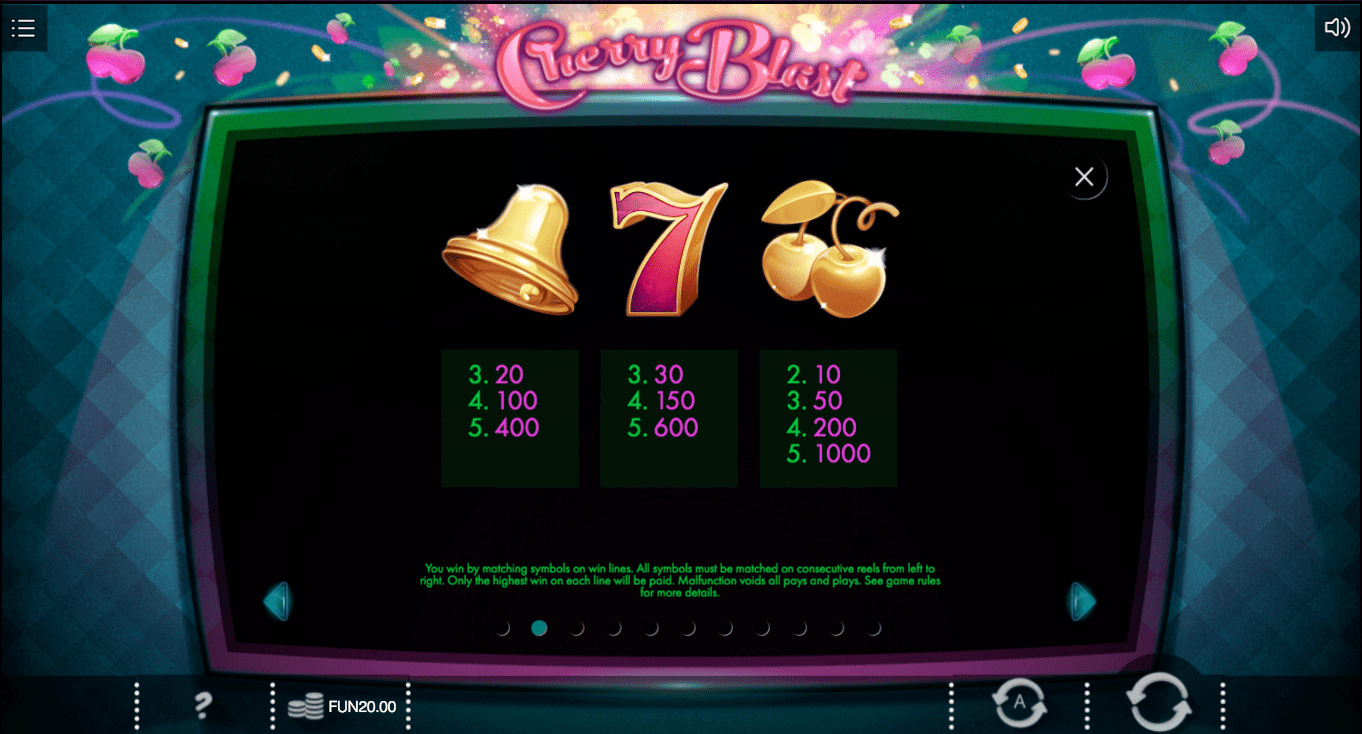 Cherry Blast is a very fruity game that comes with five reels and 20 pay lines. The style is a simple fruit machine with different fruity pieces for symbols. There’s a good chance it might even remind you the ones you used to see in pubs a few years back. Thankfully, the graphics and animations have been updated to make this feel very much like a state-of-the-art slot.  The jackpots have also been updated to entice those players who want to win the big bucks. There’s no chance you’ll walk away with peanuts after playing this game!

You’ll meet a whole fruit bowl of symbols during the game, including melons, grapes and strawberries. The winnings will start pouring in when you spin and align matching symbols. That’s not all though as there is a bunch of special symbols you need to look out for as well.

• WILD SYMBOL – You might have expected the Wild to be a special fruit in this game, but in actual fact it’s a golden crown symbol. It appears a fair bit throughout the game and could land on any symbol during any spin. When it does, it will greatly increase your chances of landing a win!

• SCATTER SYMBOL – This game comes with two Scatters: a green banner that brings some generous wins and a red-and-gold banner which brings you free spins. If you spin three scatters, you can accumulate up to nine free spins.

• BONUS ROUND – Finally, you might be lucky enough to unlock the special bonus round. It’s a Dash Bonus Game that might bring back many happy memories of Pac Man. Spin three of the Pac-Man-inspired cherries to get transported to this extra round and make your way through a maze to the cash prize. 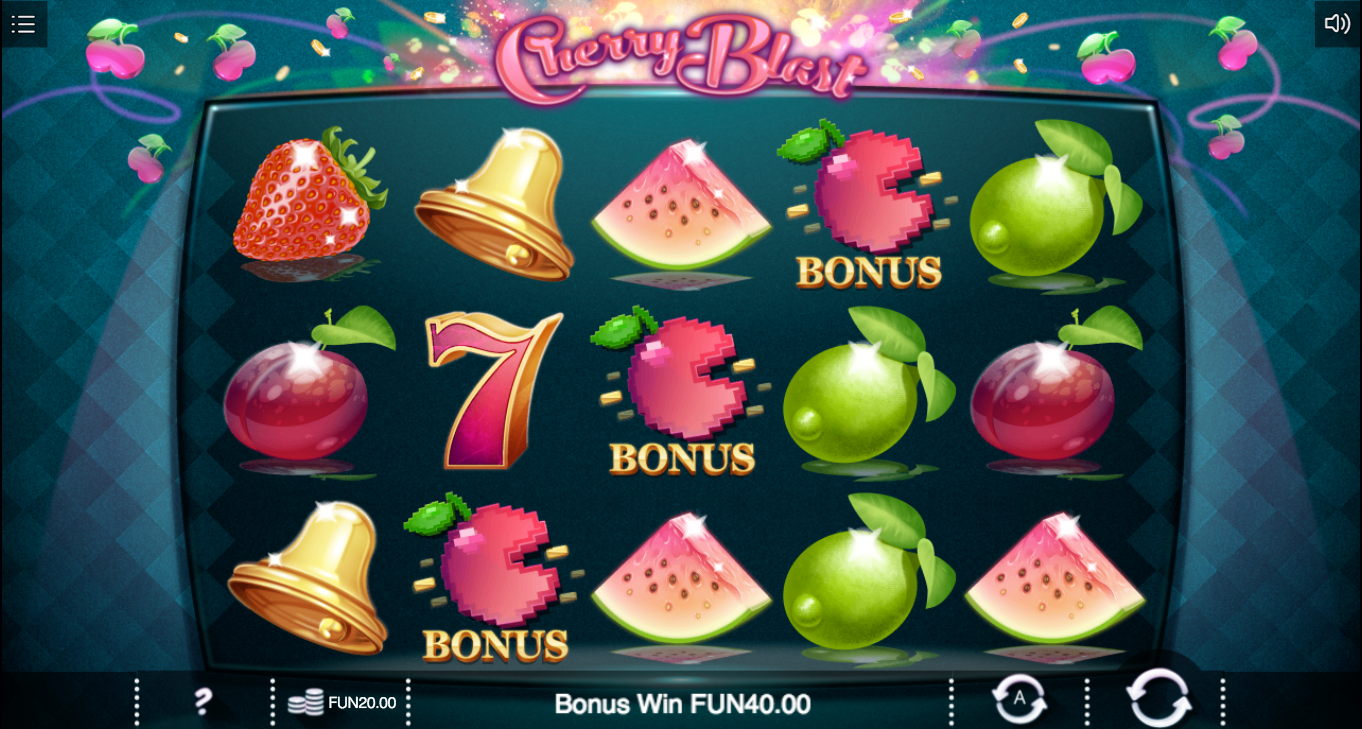 Cherry Blast does a great job of adding a twist to a classic slot machine theme. It will bring back plenty of memories for older gamers, especially with the Pac Man-themed Bonus Round, while the bright and bubbly graphics will attract a much younger crowd too. It’s a bunch of fun, and the prizes aren’t to be sniffed at either! Don't miss the fun and play some more bingo games at Barbados Bingo.

If you enjoyed Cherry Blast why not try Immortal Romance online game?