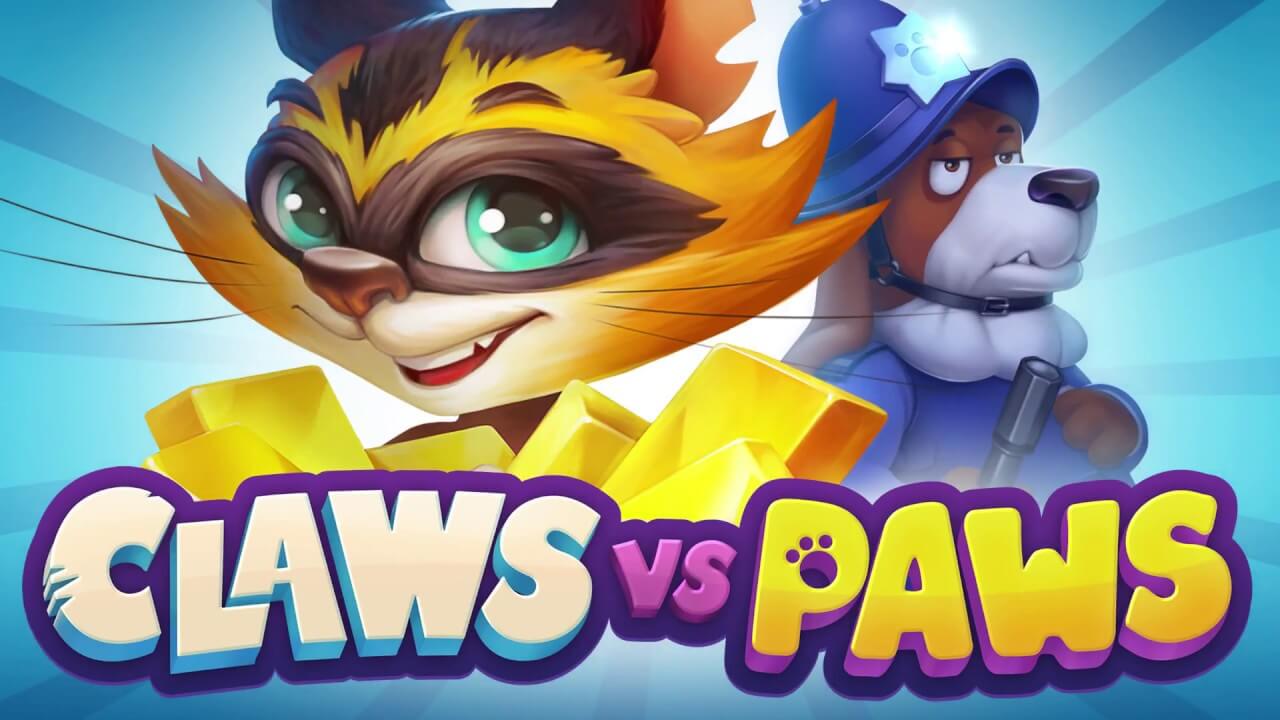 What is better, dogs or cats? It’s a debate which will never be won, but you can be sure to win when you play Claws vs Paws! This animal themed slot game follows a crafty cat who navigates the reels trying to outsmart man’s best friend.

Claws vs Paws is a 5-reel, 2o pay line slot game which features a dynamic cartoon design along with lots of extra features to make the game exciting. These features include Win Streak Re-Spins, High Value Symbol Only Re-Spins, and 3 Free Spins Rounds with Extra Wilds and Multipliers. Bet from as little as 20p and as much as £100 per spin on any tablet, mobile, laptop or desktop device and play from popular bingo sites!

Playson are a Malta based software development company who specialise in the development if online slot machines and casino games. Established in 2012, they are an innovative company who have a creative approach to all their games. With over 30 high quality slot machines under their belt which are enjoyed by players all around the world, they are proving themselves to be strong names in the industry. Some of their most popular titles include:

And many more at www.BarbadosBingo.com! 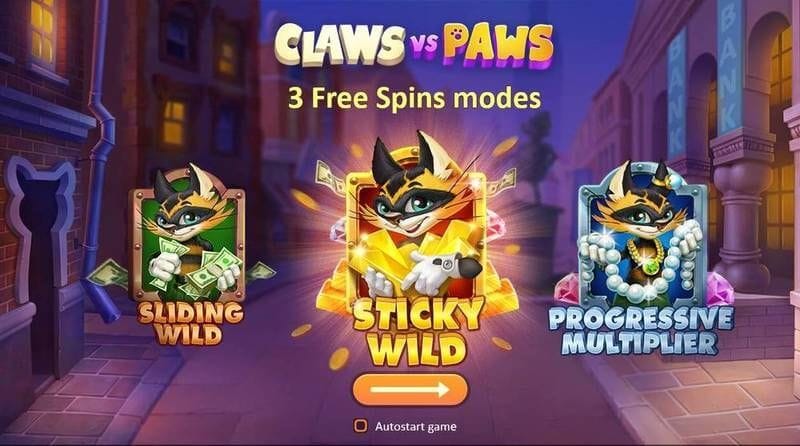 In Claws vs Paws the cat burglars are attempting to steal from the doggie bank. As with all slot games, there are lower and higher value symbols which can give you winning combinations. The lower value symbols include the A to 10 playing cards, which are joined by the higher value Bones, Keys and Police Helmet. The highest value standard symbol is the Claws vs Paws logo as this pays 25x your stake when you land 5 on a line!

The Wild here is the Diamond which replaces every other symbol on the reels apart from the Scatter, and rewards you with up to 30x your stake per pay line. There are also 3 base game features which can be randomly triggered:

· Big Win Hacking – the Cat will appear by the side of the reels and fire a laser at them which transform the symbols to help create a new winning combo!

· Winning Streak Re-Spins – win between 2 and 4 Re-Spins where you are a guaranteed to win on at least one of them.

· Top Symbol Re-Spins – when you get this you will be rewarded with 3 re-spins with lower value symbols removed from the reels.

There is also a trio of Free Spins rounds with Claws vs Paws which are triggered when you land 2 standard Scatters plus a special Bronze, Silver or Gold Scatter:

· Progressive Multiplier Free Spins – Here you will be taken to the bank vault where each winning free spin benefits from a random multiplier of 1, 2, 3, 4 or 5 times your stake! Stay alert for the Decryptor symbol on reel 5 as this increases the multiplier by 1. On reel 5 there is also an alarm symbol which will reset the multiplier. The feature ends when you land 3 alarms.

· Sticky Wilds Free Spins – You will be rewarded with 10 free spins, and on each of them the Cat will add a random selection of Sticky Wilds, however the Dog can remove them so watch out for him!

The Achievements Feature will give you the chance to claim achievements, which are rewarded by landing tokens which appear at random. When you have enough, cash them in to spin the prize wheel to win cash prizes or a free spin round. 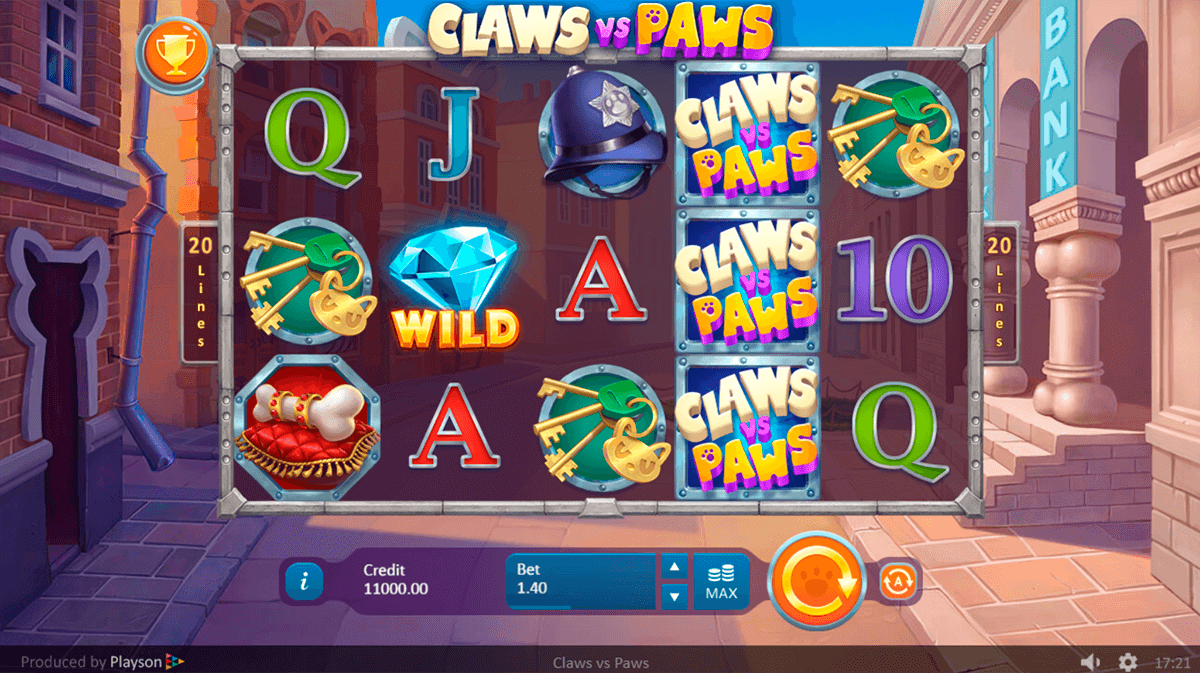 Don’t miss out on the fun and chances to win big, start playing Claws vs Paws today and explore more bingo games to win!

If your looking for more fun and games, try this Barbados slot now!