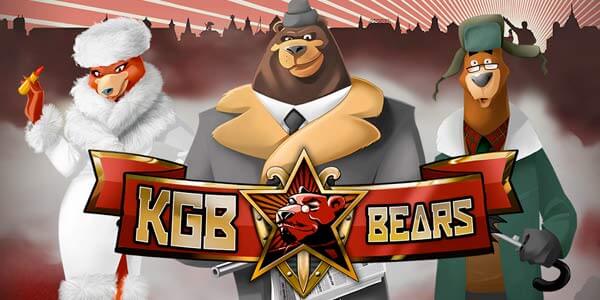 KGB Bears by Odobo is a 50 payline slot with a Cold War spies theme. It has a Free Spins feature with 25 free spins and up to a 10x multiplier. Spinners can also retrigger the Free Spins for a chance for more.

KGB Bears playable on mobile, desktop and tablet devices on both Android and iOS. For just 50p to £10 per spin, you will enjoy this fun spy theme, excellent graphics and a soundtrack to get you in the right mood for winning. Start spinning now or play some UK bingo.

Odobo Ltd is registered in Gibraltar, which many gambling enthusiasts know as a prime region for many iGaming companies. The region also provides one of the most sought-after gambling licenses under the care of the Gibraltar Gambling Commission. This software company is also regulated by the UK Gambling Commission, which is just the motivation that casino operators, slot developers and players need to sample Odobo bingo games. This is because they’ll be sure that every game on this platform is legal and safe to play.

Odobo is relatively new in the industry, but they're already bagging awards like the Rising Star award at the EGR Awards in 2014. 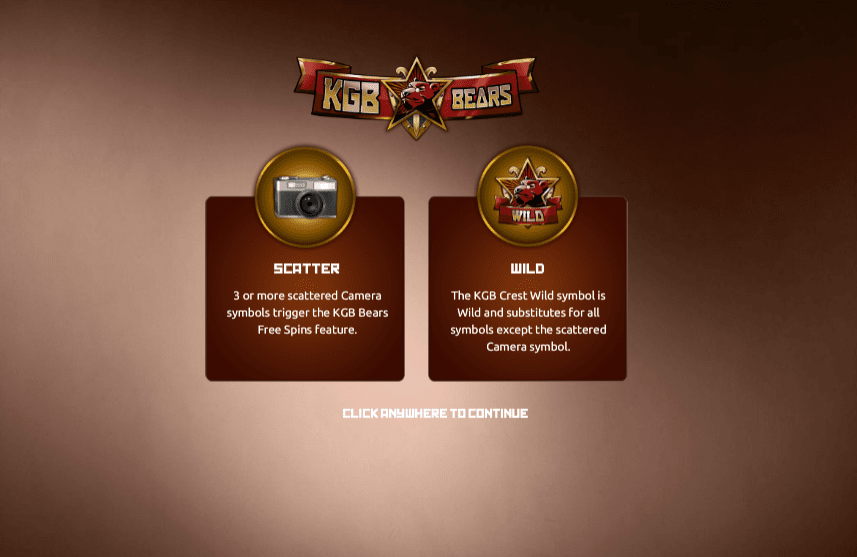 If you've been feeling nostalgic for the 80s, you might as well give  KGB Bears a spin because this slot honours that iconic age. In addition to the theme being set in the 1980s, there is cuddly bears part of the game that has their own unique traits. Each of the bears can award you retriggers if you get lucky. KGB Bears is a fast-paced game with a superb soundtrack and can also provide you with big wins.

If the title of this slot didn’t already give it away, this slot is based on espionage. The cuddly bears armed with unique spy gadgets run through the reels. These include Tamara and her hidden glider, Kovalyov with his futuristic cell phone, Lavrentiy and his jetpack briefcase and Vitalli in his getaway car.

The feature can be retriggered you can win more free spins (the same multiplier that was awarded initially remains in play) when you land 3 camera symbols during the feature. 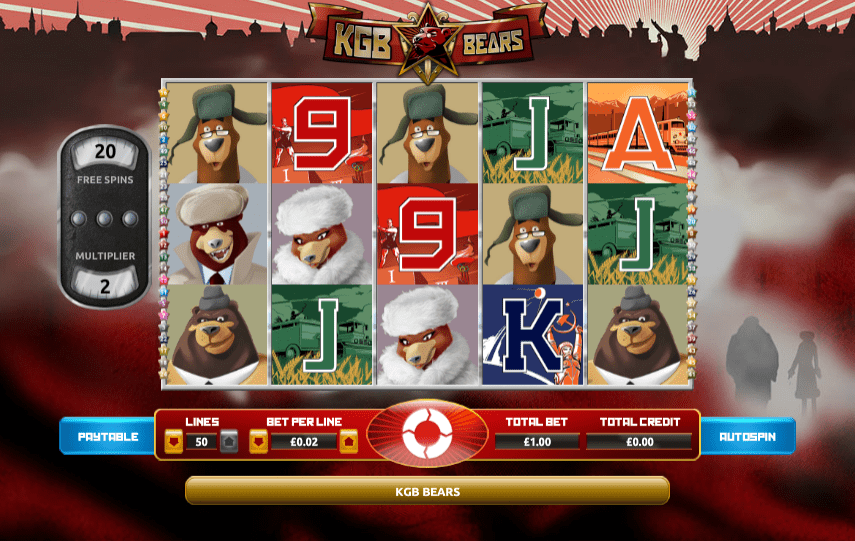 KGB Bears is a medium variance slot with wins in the main game being quite small, but they occur fairly frequently. However, don’t get discouraged too who quickly as bigger wins will come during the free spins feature.

You can win as many as 20 free spins, and if you get a good multiplier like a 6x multiplier, you can win almost 175x your stake win.

If you're looking for some best bingo slots available, play Cosmic Reels Slot right away.