Kingdom of the Sun: Golden Age

This online slot by Playson is a sunny and breezy Egyptian themed three by five video slot with 5 reels and 15 fixed lines. It’s a Golden Age game, and sure to be liked by slot gamers that like seeing well-known symbols like Cleopatra and Cobras in their games.  There are some unique features however, the Spreading Bonus symbol, a Sun Compass and glowing symbols – which give the gamer a fairly varied gaming experience. A pile of treasure lies within 5 reels, while an ancient city is your view, Palms sway in the wind adding that feeling of being immersed in the scene. Symbols are in 3 rows with 15 pay lines going from left to right, seen by placing a cursor over line indicators shown on either side of the game. Wins come about when 3 or more of the same type of symbol stops across any line, in an unbroken chain, helped by a wild if needed.  Give it a whirl… 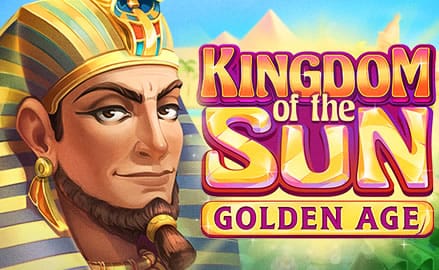 Playson is a leading gaming company with its headquarters in lovely Malta. Playson has more than 40 titles to its name and the team has a reputation for creating really good HD graphics and using the latest new technology.  The company is known for its wide-ranging themes on offer  - from your ancient Egyptian to fantasy, comedy and then more classic.  The company makes a lot of casino fruit machine style slots and real slot replicas.

They employer over 250 staff worldwide and provide both online and offline solutions. Other games by Playson include: 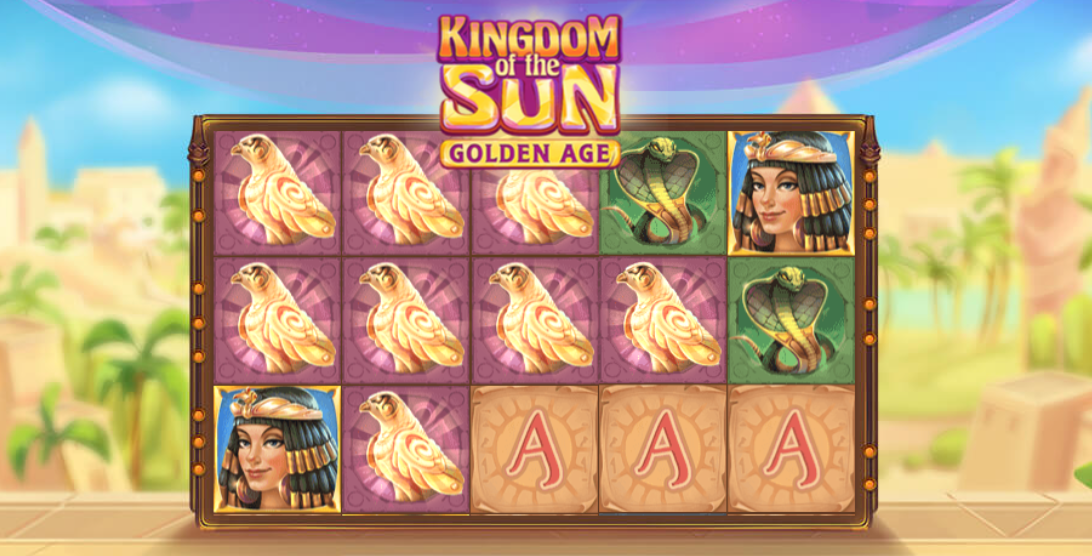 The reels are filled with illustrative images of Egyptian royalty and statues while the playing card symbols are set against a sand-coloured, patterned reel background. Top prizes are paid out when the Pharaoh and Cleopatra show across a pay line.

This 5 reel 15 fixed lines gameplay is to line up the pictures.  The top symbol is the Pharaoh and Cleopatra herself.  Mid value symbols are the falcon, cobra and cat, while low value is Jack, Queen, King and Ace and then the special characters.  The bonus symbol drops during spins and a sports ‘bonus’.

The interesting bit of Kingdom of the Sun slot game is its bonus features namely the ‘spreading bonus’ and ‘sun compass’. The ultimate win is if during the spreading bonus or sun compass – when 15 cells are filled with symbols of the same type the total pay out is then doubled. 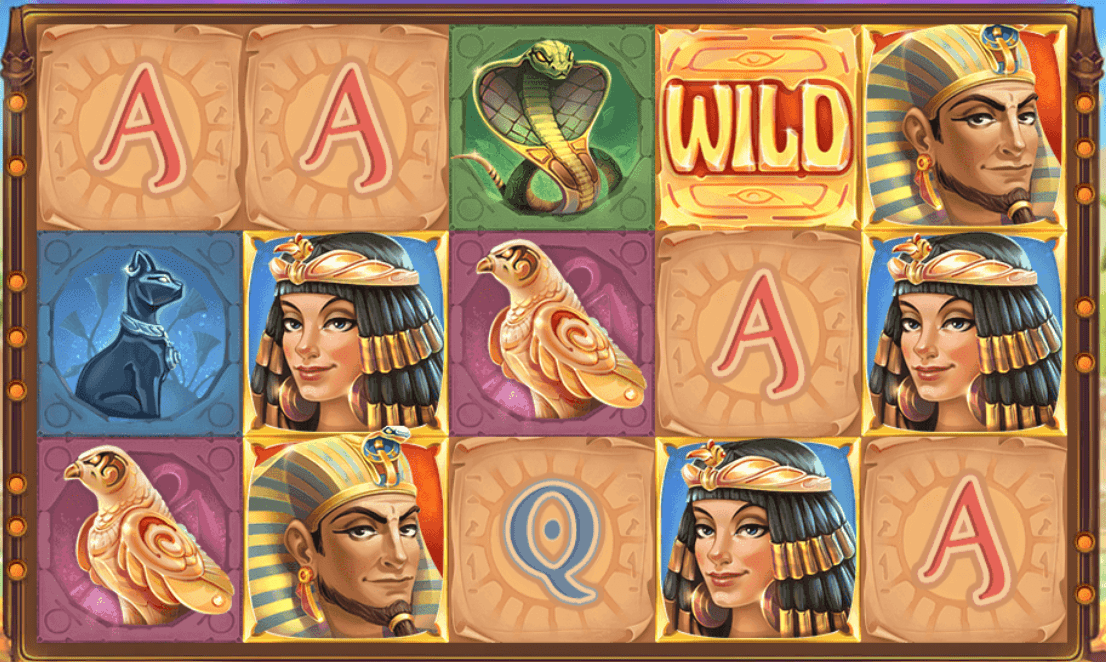 Despite a well-worn theme used by many game developers, Kingdom of the Sun does have original gaming features such as the spreading bonus and sun compass and this gameplay does let it off the hook. You can play from 30p to £105 per spin so there is definitely some money to be had here. The gold and jewels and unusual features bring a fresh take on a well-used Egyptian gaming theme.  It’s certainly got its own take on a well-loved theme.