Slingo Extreme is a blend of slot and online bingo game, with a blend of fascinating perks. The Slingo Originals game comes fully packed with hotter than usual alteration of bingo balls/numbers and slot reels. Slingo Extreme has its reels set on a furnace-like background that depicts the fun and thrilling nature of the game.

This background mixed with number colors, ball colors, and also makes the game much more appealing than your usual bingo. To make the game interesting, you have the Extra Spins feature where you are awarded up to 8 free spins. The Joker Bonus feature offers an instant cash prize that can be retriggered during the gameplay.

The gameplay takes place on 5 reels, 5 rows, and 12 win lines with maximum payouts of 500 times your stake. Barbados Bingo, your favorite bingo online operator, keeps you in the loop in this review.

Slingo Originals is the software company proudly behind the Slingo Extreme casino game. Slingo Originals is a pioneer company that prides itself on blazing trails and discovering new heights on the casino world. The United Kingdom-based developer started licensing, developing, and publishing casino content in 1994, following the first slingo game’s release in 1995.

When it started out, the company’s concentration was on social games at first, but today, it develops real money games. Since 2015, Slingo Originals has been a subsidiary of Gaming Realms, a public company listed on the London Stock Exchange. The acquisition has led to an increased number of new slingo game variations and release of several slots, table, and bingo games.

The company’s innovative efforts continue to be recognized with various awards which include winning the 2020 Which Bingo’s “Best Slot Game” award. The company’s Slingo Rainbow Riches also took home the Innovation of the Year award 2020. The company’s licenses come from various jurisdictions like the United Kingdom, Malta, State of New Jersey, and other parts of Europe.

Barbados Bingo offers you the above-listed games and more from Slingo Originals and other developers. 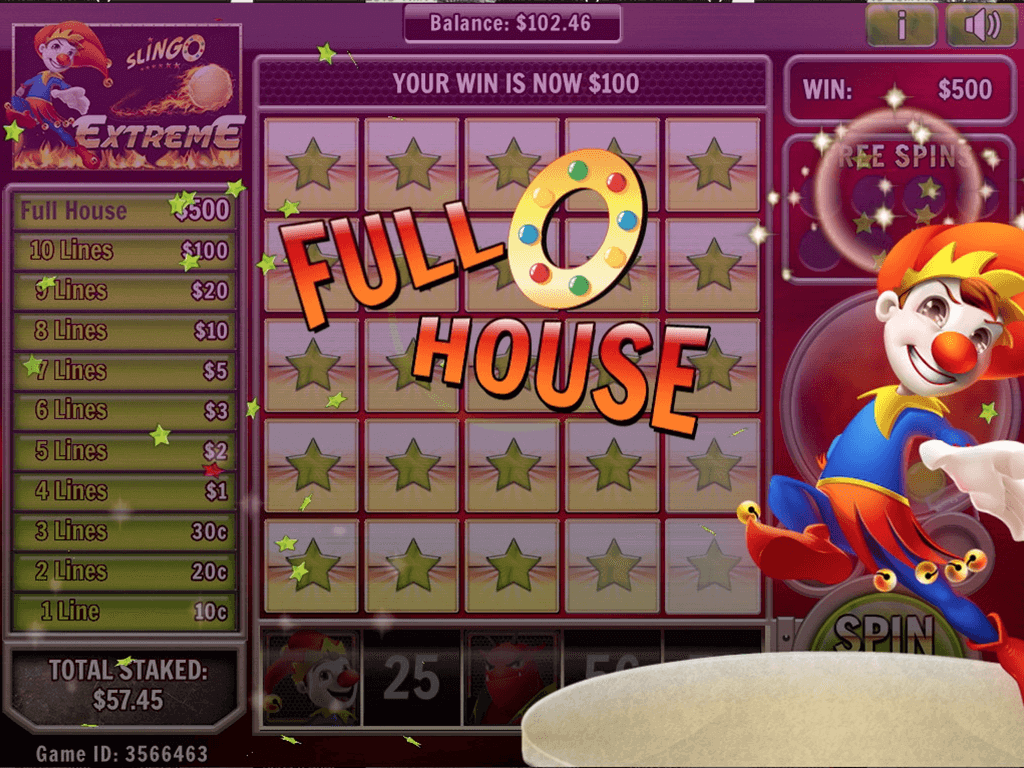 As a blend of slot and bingo, you get to play with numbers with a view to marking off numbers. When you mark five lines vertically, horizontally or diagonally, you get a win known as Slingo. You play the game with 11 spins, which are depicted by 11 balls in the red box to your right.

There are 11 steps you need to win the compete amount, and you move a step up by getting slingo. To win the maximum amount on offer (Full House), you need to get slingo on all the reels and rows. The symbols include, Jokers which help to check off any number from the column.

The Super Joker symbol checks off any numbers from the grid, making it a pretty important symbol. The Coin symbol awards an instant cash prize upon landing on the reels, so expect something from it. The RTP stands at 95% while the volatility is in the low to medium range.

The bet range is between 50 pennies and £100, giving you a maximum cash prize of £50,000. You could get a personal hang of the gameplay when you play on Barbados Bingo. 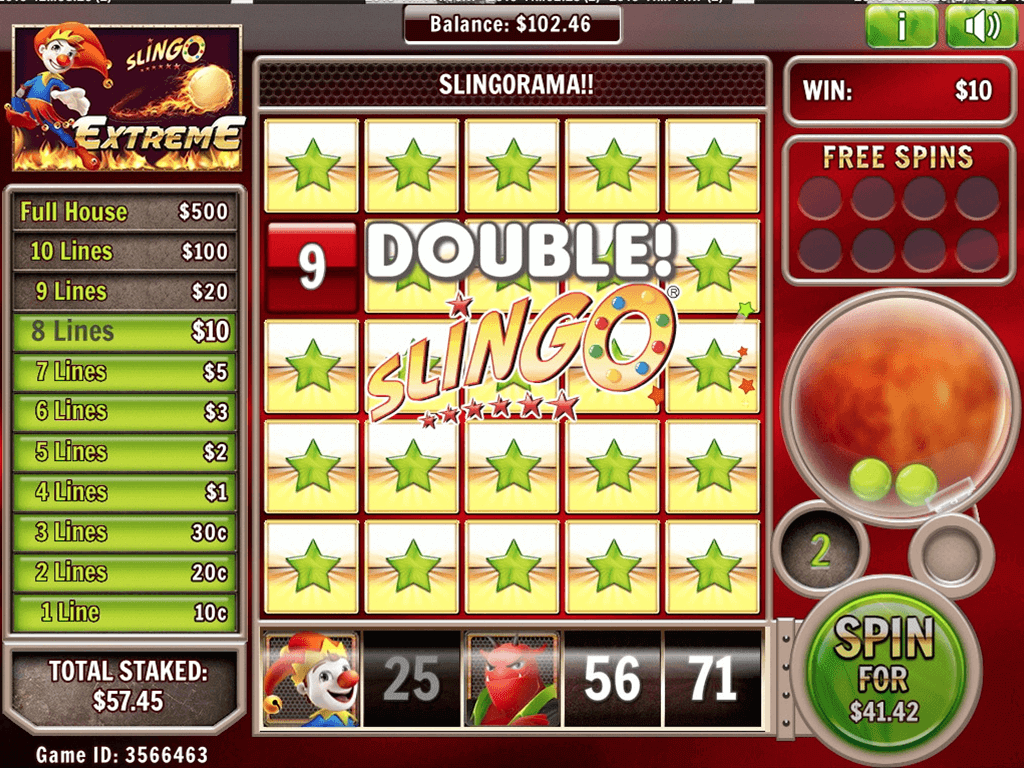 You are offered a total of 8 free spins with which you compete for the biggest prize on offer. You can also purchase a maximum of 4 extra spins to complement your gameplay according to your strategy.

The above features make the game interesting, and honestly, you might get them if you are lucky.

A game of thrills and fun, Slingo Extreme comes with big stunning displays by the joker and super joker symbols. A maximum £50,000 on a 95% RTP is all the motivation you need to play this seamless casino game.

If you have enjoyed Slingo Extreme Slot, why not try another exciting slot at Barbados Bingo - such as Western Gold Slot.