The epic grandeur of Norse mythology makes a fantastic theme in an online slot game and Thunderstruck from Microgaming continues this tradition.  The imposing five-reel, nine win-line game board is suitably epic, daubed with gold symbols and ancient objects associated with the mighty gods.  This online slot delivers an entertaining blow with a lucrative free spins round with 15 free spins, each subject to a healthy 3x multiplier (presumably courtesy of Thor or Odin).  Furthermore, the gaming gods are clearly smiling down on us as the wild symbols (Thor Wild) doubles any win in which it appears. Check out Barbados site to know where to play online bingo - Thunderstruck.

Microgaming were established in the Isle of Man back in 1994 when the online gaming world was in its infancy.  Since then, these veteran developers have led the way in offering gamers unparalleled experiences across live player, sportsbook, table games, multiplayer and video slots.  As well as setting up the world’s first online casino, Microgaming also formed the Interactive Gaming Council to encourage research and development within the industry.  With a portfolio of over 850 games (1200 including variants), there really is something for everyone.  Their offering of online video slots ranges from Avalon II, Bridesmaids and Hound Hotel to The Dark Knight Rises and Jurassic Park.

Play now, or read more about slots from Microgaming that you'll surely love. 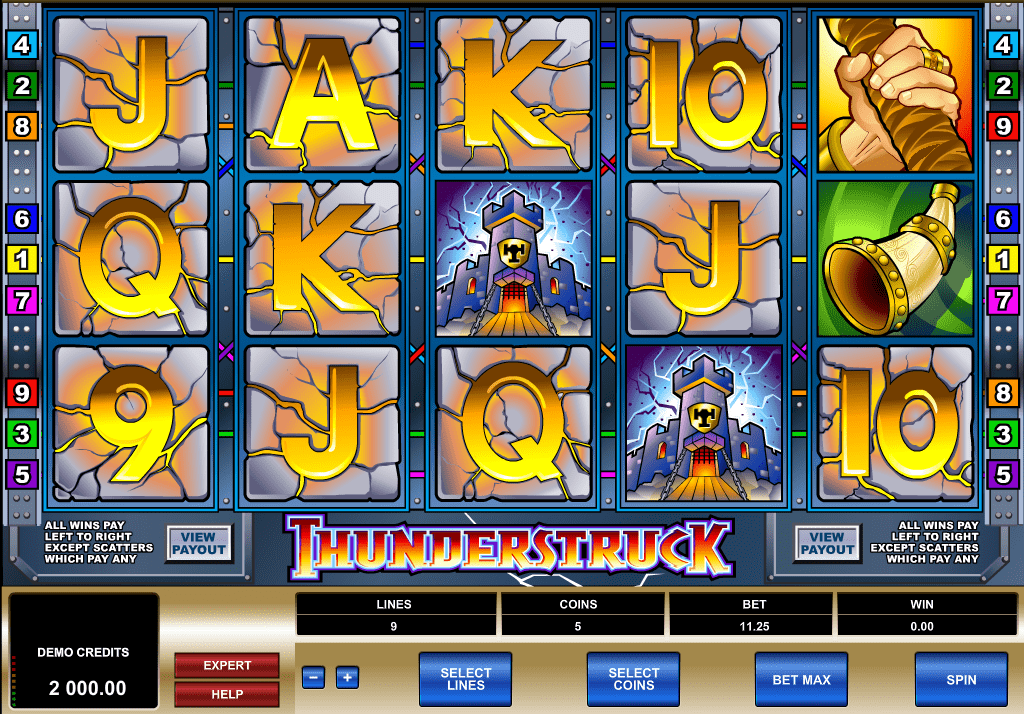 Thunderstruck from Microgaming taps into the rich mythology of the ancient germanic world with premium symbols represented by objects often associated with those immortal times:  a lightning bolt, Thor’s crib (Thruthvange castle) and his rather sinister-looking hammer.  Lower value symbols are represented by playing cards, though they are cast in metal to keep with the theme.

The god of thunder, Thor himself, is wild, substituting for all symbols except for scatter symbol, represented by a pair of rams.  What’s more, Thor benevolently doubles any win in which he appears, proving that the fearsome deity has got humanity’s interests at heart.

Spin three or more ram scatters to trigger the Free Spins feature.  Players will be gifted 15 free spins by the gaming gods themselves, each subject to a 3x multiplier for some potentially other-worldly wins.

Those who want to try their luck with the all-power supra-natural characters can bet any win on the turn of a card.  Predict the colour of the next card to win 2x your stake, or correctly guess the next suit to quadruple it. 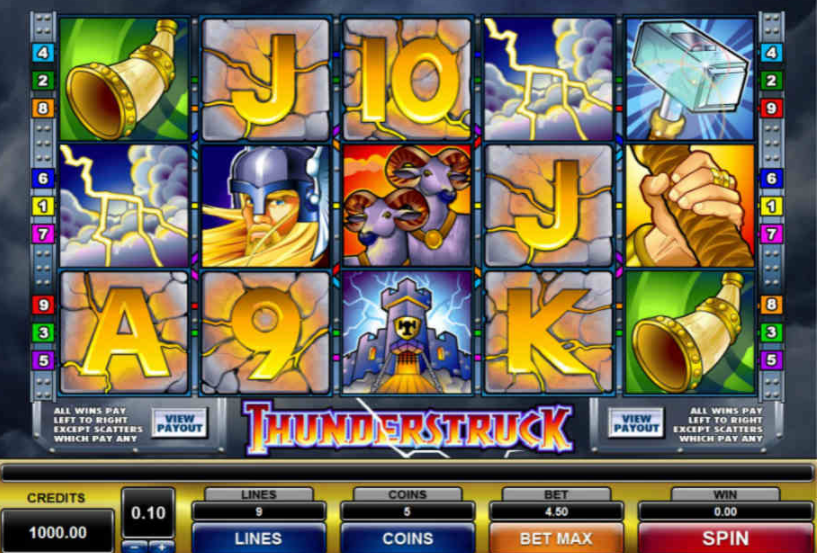 Bringing Norse mythology into the 21st century, Microgaming has done it again with Thunderstruck, a suitably epic take on a tried and tested mythical theme.  Although the graphics and audio are simple, the concept is strong enough to keep the gameplay high.  The 2x multiplier Thor wilds are a nice touch, but the highlight is undoubtedly the Free Spins round.  Do you dare face the wrath of the gods? If not, have some more fun and try playing online bingo games at Barbados Bingo!

If you're into immortals and gods, we recommend one more game to you, click here and play.