Tomb of the King 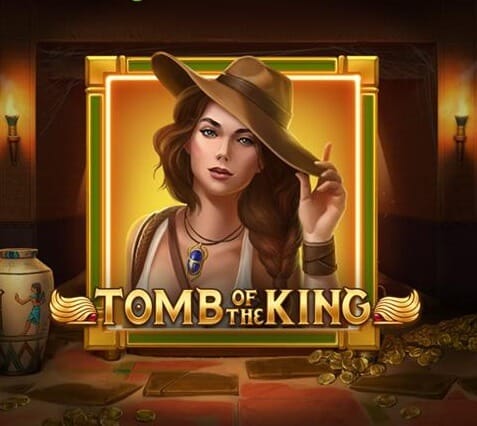 We’re seeing lots of action-adventure tomb-themed online slot games recently but not many of them are featuring female heroes except of course the classic Tomb Raider. In a sense, Gamevy and Microgaming’s latest collaborative project entitled Tomb of the King is similar to that, except with a little of the developers’ own spin on it.

With lovely graphics in a cartoon style that doesn’t take away from the exciting nature of the slot, an above-average RTP of 96.5%, and a cool bonus round, this slot has the recipe for success and we enjoyed playing it thoroughly.

Tomb of the King is available to play on all devices: mobile, tablet, laptop or desktop from anywhere between 10p and £20. Play bingo online or slots such as Tomb of the King at online free bingo and slots casino Barbados Bingo.

Tomb King is another example of online bingo and slot development powerhouses Microgaming’s ability to partner up with smaller slots and bingo online developers to give them a platform for their slots and online bingo games free and bring out the best in them when they may not have had the leverage in the market to be able to do that previously.

It’s one of Microgaming’s biggest commendations since they were formed all the way back in 1994 and has helped them stay in touch with the online bingo and slots worlds without becoming outdated as some other casino developers have done.

Gamevy, in particular, is a good example of this, as they are one of the best up and coming online bingo and slots companies going right now. Play bingo online and slots from both Microgaming and Gamevy individually and collectively at Barbados Bingo. We all know Microgaming slots, so here’s a look at some of the titles Gamevy have put out over the years: 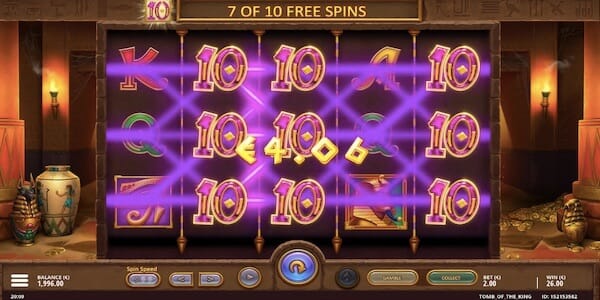 Playing Tomb of the King - What to Expect

There are 10 fixed paylines in the base game of Tomb of the King and that’s down to the number of symbols that are available on the 5 reels and 3 rows. These symbols are made up of the Royals 10, J, K, Q, and A followed by the themed, higher value symbols such as the pharaoh’s seal, the Eye of Horus, and the highest value of all, the pharaoh’s face, which pays up to 200x your stake should you land five in a row.

The scatter and the wild are the same symbol in Tomb of the King and come in the form of a golden book. It plays the classic role of the wild in its ability to replace any symbols on the reels to one that has a better chance of starting a winning combination, but when you collect a few in a row it acts more as a scatter and gives you access to the bonus round. 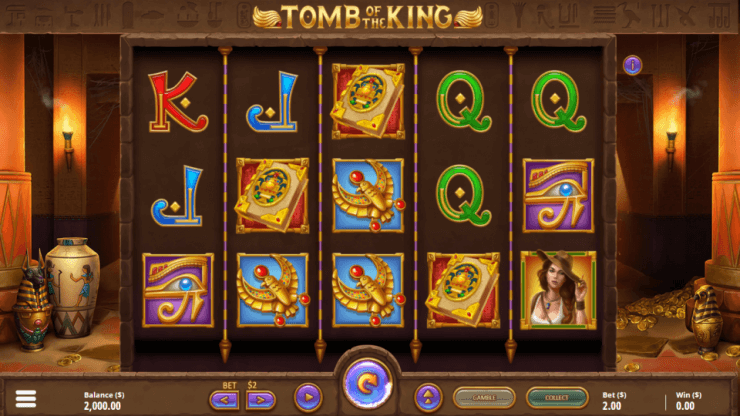 Bonus Features and Free Spins in Tomb of the King

So, this bonus round is effectively a free spins round but with some extra enhancements thrown in there to make things a bit more fun and offer more chances to win. To activate it, land three scatter symbols anywhere on the reels to get 10 free spins.

During these free spins, one random symbol is chosen by the game that will expand and take up more spaces, which enhances your ability to win. On top of this, you’ll get a multiplier for all of your free spins. The value of that multiplier is determined by the number of scatter symbols you earned to start the round in the first place.

The minimum of three will give you a 7x multiplier but with more than this, you can have multipliers all the way up to 27x which means that this bonus round could be very lucrative if you’re lucky.

Our Verdict on Tomb of the King Slot Online

With a very generous bonus round and exciting tomb theme, Tomb of the King has to be worth a spin. If you enjoyed our review of this game, why not learn more about Cheeky Fruits Slot too?