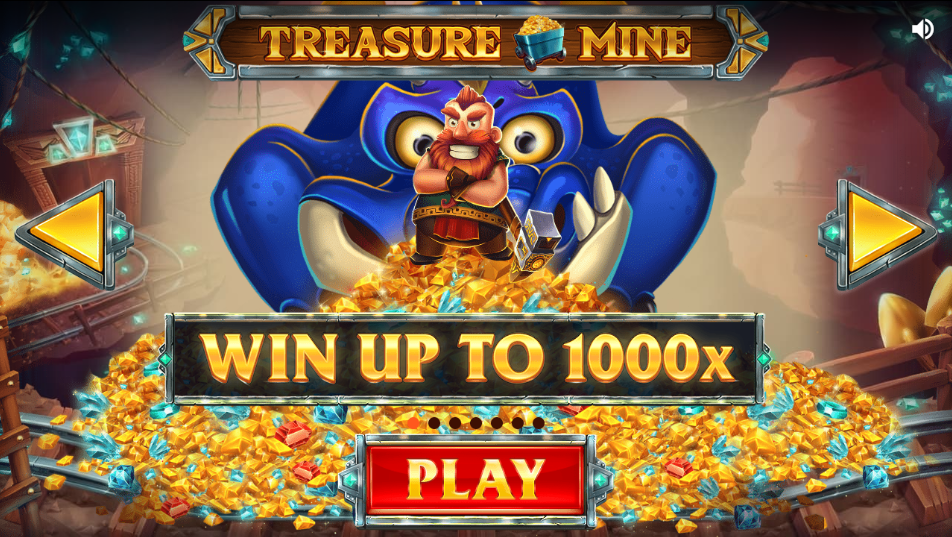 Treasure Mine is a 5 reel, 40 line slot by Red Tiger Gaming. Go digging for gold in this underground adventure and enjoy a treasure ride, spreading wilds and a picks round. Go grab your axe and get to hacking on all your devices. Stakes start from 20p to £500 per spin.

To be able to create a new wave of online play bingo games, you need to be able to use modern strategies. Such as the one by Red Tiger Gaming where they have hired different professionals from a wide range of disciplines. RTG’s team includes audio engineers, psychologists, software developers, account managers, mathematicians and graphic designers. They also claim to have an in-house Merlin who sprinkles some magic onto their slots and bingo games after the developers work their mojo on them. This slot includes a very nicely done design-  an almost Viking feel. The game has an underground railroad in the background and its white reels feature A to 10 playing card values, goggles and a lamp.

If you hit the Dragon Wild together with the Treasure Strike Wild (i.e. the one with a red gemstone), the Dragon will unleash fire onto the treasure and multiply it. A new payout will then be carried out.

The final wild extra is activated when you hit the Redbeard Wild and the Treasure Strike Wild at once. Redbeard will jump onto the treasure, begin digging and collect an instant win coin reward. 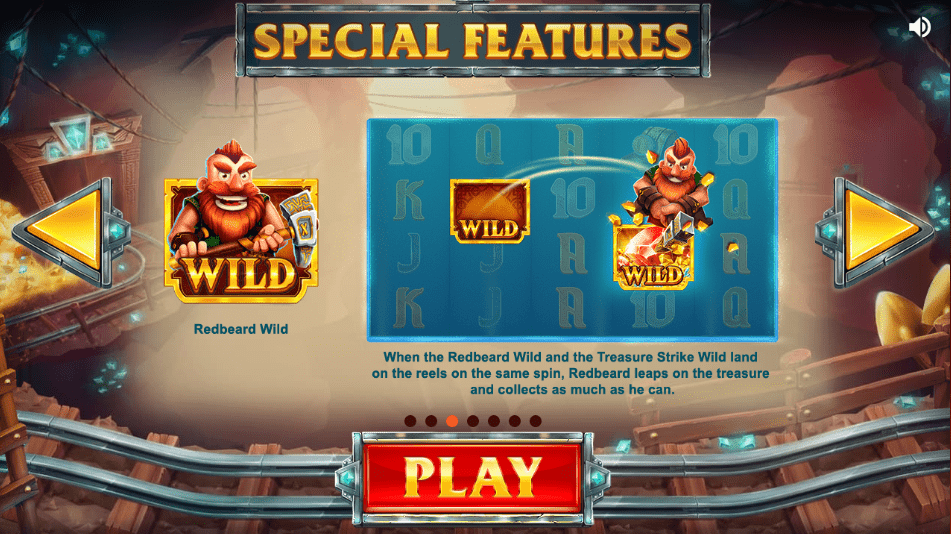 Treasure Mine is very easy to play. The most payouts are likely to come via the 3 wild extras which deliver impressive action. The picks round is great too. This game doesn’t have any free spins though, which might be a deal breaker for many punters. However, no need to feel despair because there’s still plenty on offer.

Treasure Mine isn’t one of the most exciting Red Tiger Gaming slots out there, but its excellent design and the regularly hitting wild features make this game worthwhile.

If you're looking for some best bingo slots available, play Mystery Reels Slot right away.