Save money on expensive flights, jet lag and having to mix with the locals. Instead, why not kick back and relax with Vegas Nights from Pragmatic Play. With luscious colours and beautifully designed symbols, the backdrop of Vegas is one that will keep you spinning and winning. There are free spins up for grabs with some great features. The choice whether to increase or degrade your bets is up to you, the game will even auto play so you don’t have to do a thing. With so many chances to win in Vegas, what are you waiting for?

2015 was the year Pragmatic Play was founded and to this day, they have over 80 titles on tablet and desktop. What’s more, they have two new games released every month for the player’s enjoyment. They are very much concerned with research and development, many of the games are played in over 78 countries and translated into 23 different languages. The player’s entertainment and enjoyment are what Pragmatic Play pride themselves on. And it’s easy to see why the games span different platforms so you can pick and choose how and where you play. Some other titles include: 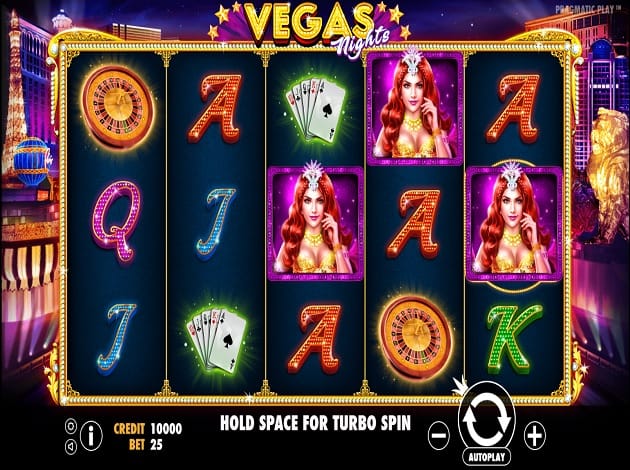 A new twist on the traditional Las Vegas game, Vegas Nights is compiled of five reels and three lines, meaning there are many opportunities for you to win. The art style is very pleasant to look at and you can easily imagine yourself in Vegas! With a mix of letters and symbols including a cute looking girl, red car and a pack of cards, it’s easy to see a lot of hard work has been put into Vegas Nights. Do you need another reason to play? Some great features include:

* Wild symbols-this black and white chip can only appear on reel 2, 3, 4 and 5. Get a stack of these in a row and you could get three extra free spins. And the edges of the chips are encased with rubies, what’s not to love?

* Super Wild symbol-a gold chip symbol which is only present on reel 5. However, if you manage to get this in the centre position of the reel, you will trigger a feature which will give you extra spins!

* Brilliant visuals-all the razzle-dazzle of Las Vegas is brought right before your eyes. The game takes no prisoners when it comes to looks, the symbols themselves are eye-catching and unique. 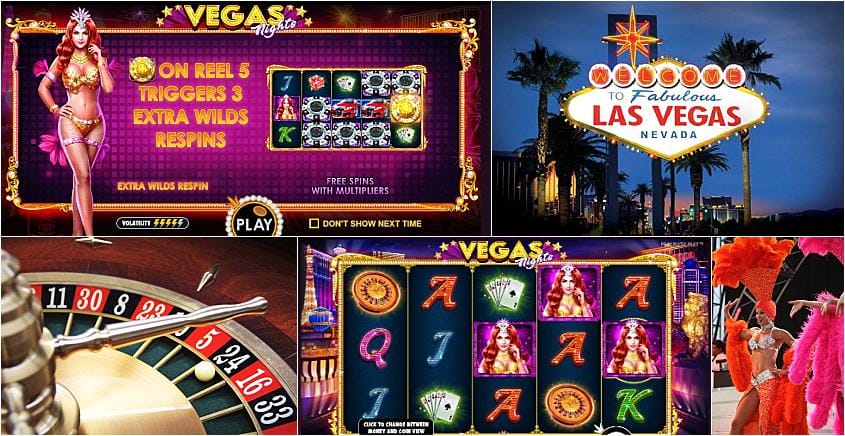 Vegas Nights is one of those rare gems you find, the developers have conjured a new take on the video slot with interesting symbols that sums up Vegas perfectly. The controls are easy to get to grips with and even the most inexperienced player can pick the rules up within a few spins. You may even want to take a trip to Vegas after playing this game because the aesthetic is very realistic. Not to mention the fabulous sounds whilst playing! A great game that is accessible for all, with the element of having to socialise taken out of the equation.