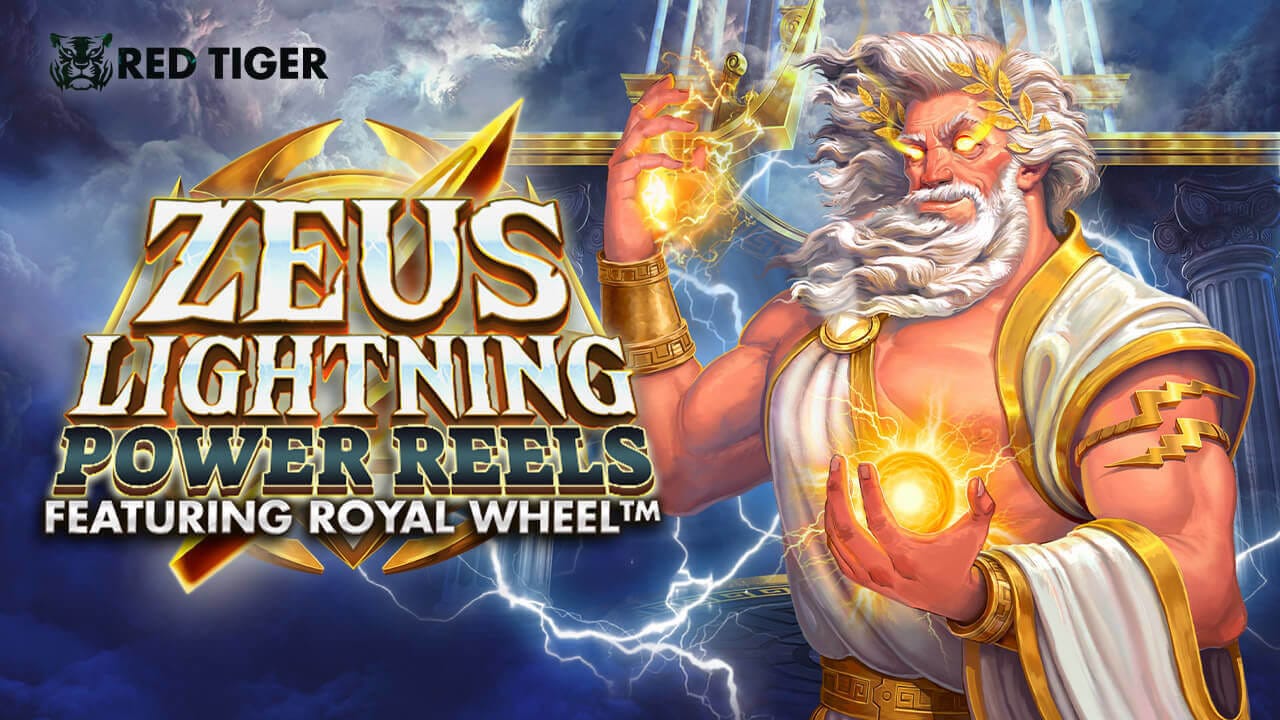 Zeus Power: Lightning Reels by Red Tiger Gaming is a 7-reel, 30 payline slot game. It is one of the Greek mythology themed slots available to play on online bingo site Barbados Bingo.

Features in the game include; free spins, expanding symbols, and more. Players can win up to 20 free spins in the free spins feature and multipliers of up to 5x.

Stakes in the game start from 10p to £20 per spin on all iOS and Android PC, smartphone and tablet devices.

Red Tiger Gaming is an online casino software company that started to operate in 2014. They’ve got a wide presence in Asia and Europe.

The company is recognizable through its red tiger head logo that starts up all their slot games. It’s become the first thing punters notice when they start up Red Tiger casino games.

The company has produced 3 reel, 5 reel, and multiple ways to win slots all available on Barbados Bingo - free bingo games. 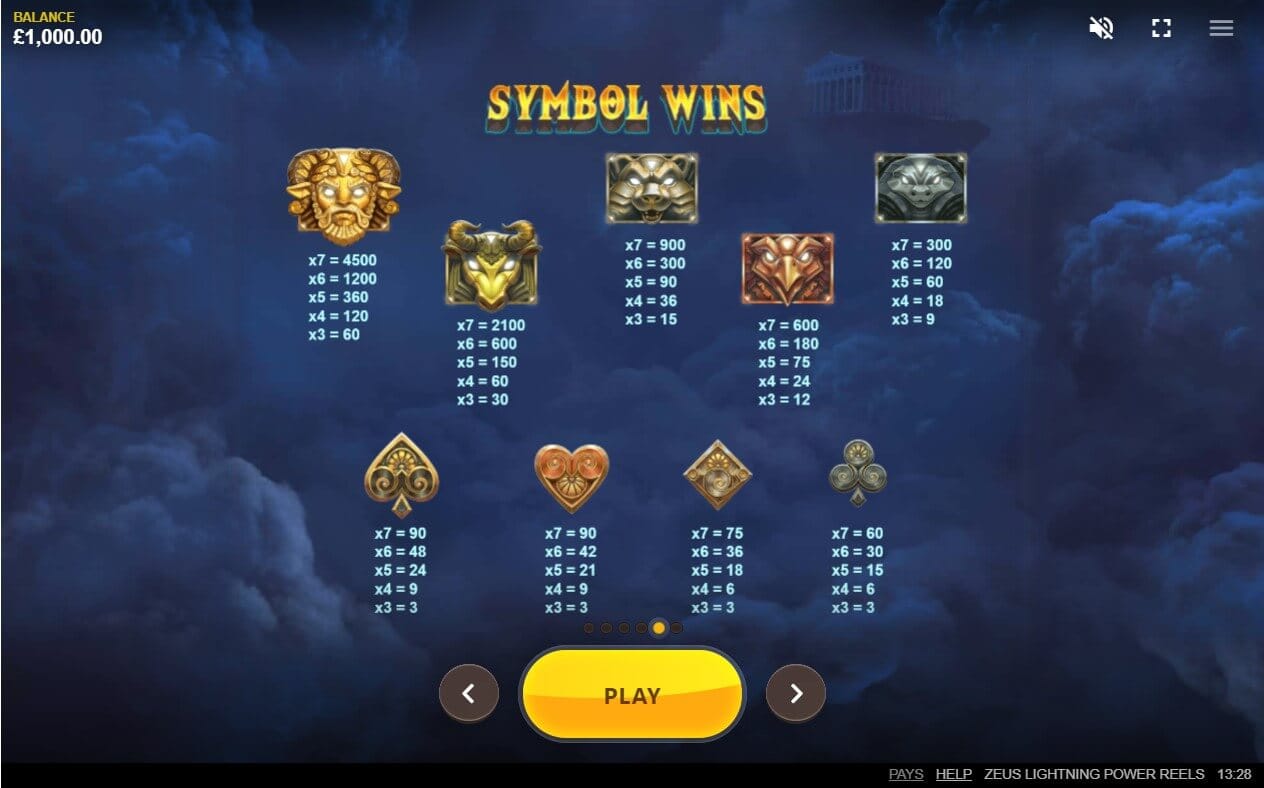 Zeus Power: Lightning Reels is one of the online slots you can play on the online bingo site Barbados Bingo. Winning combinations in the game are formed when you land matching symbols on 3 or more reels, starting from the first one.

Players will get to fight side by side with the ancient god of thunder under cloud-filled skies and marble pillars. Symbols on the reels include the usual card values A, J, Q, K, 9 & 10, and a collection of different facemasks.

The golden one awards the highest value of 4,500x your stake when 7 land across a payline. Zeus’s bearded figure acts as the wild symbol in the game. The wild can land stacked up to 3 symbols high.

Not only is the design in Zeus Lightning: Power Reels top notch, but the bonus features are too. These are some of the most unique ones you’ve seen on online bingo site Barbados Bingo. They include;

The Zeus Wild can be activated during the free spins. It’s possible for up to 3 fully stacked Zeus Wild symbols to appear on the same free spin. Each extra wild that appears gets added to the first set of expanding symbols. They can upgrade the value of the symbol that has expanded.

Zeus Lightning: Power Reels by Red Tiger Gaming is one of the online slots you need to add to your list on Barbados Bingo, an online bingo site. The Ancient Greek theme offers something different from anything else you’ve seen.

The game has got an exciting range of features like the expanding symbols that ends up delivering some explosive action. This slot game has a generous Return to Player percentage of 97.73%, which is so much higher than most other online slots out there.

In theory, players win back £97.73 for every £100 they spend. If you enjoy slot games with an ancient Greek theme, then you’ll enjoy playing Zeus Lightning: Power Reels on Barbados Bingo.

You can also try other amazing games from the site, check out Wizard of the Woods Slot.