Art of the Heist 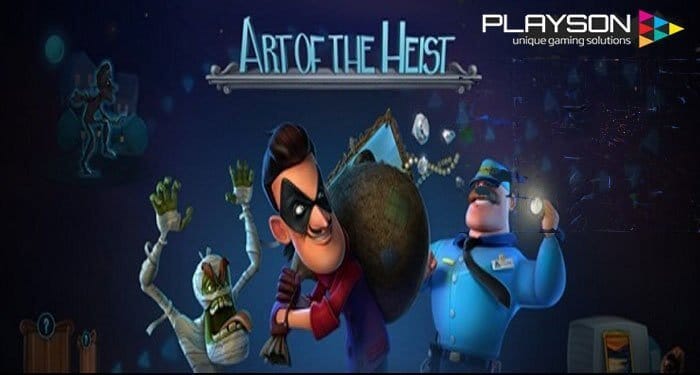 No one would ever want to say that stealing is a great way to make a living, but when it comes to the 3D extravaganza of Art of the Heist, by Playson, we find ourselves turning to crime. Think of this as an easy way to play the ‘bad guy’, without having to feel any ramifications for your actions - it’s a victimless crime, and one that brings money.

Unlike with some slot machines, this title has a lot of unique features, with the aim not just to win a large jackFpot, but to also sneak through the art gallery undetected. It sounds easy, but upon all the 21 winlines of bingo online uk, there’s mummies chasing you, security guards on the lookout for thieves, and rooms of treasure to unlock. Can you manage the task at hand?

As anyone who frequently plays iGaming titles will know, Malta is a hub for numerous software developers, developers like Playson. They’ve been a recognisable part of the online gambling scene since 2012, the year they launched. Even though changes have been felt by all businesses within the industry, Playson has still managed to produce great games.

One of the ways in which Playson dominates is that it’s not seen as a big player; brands like Microgaming tend to get all the praise, yet we’d argue that Playson has the monopoly on diversity of themes that you can find and play in uk bingo promotions. Not forgetting that they go that extra mile when creating the games, thus always ensuring that the reels of their activities look first class. This is most impressive for a company that’s said to be made up of 250 employees. 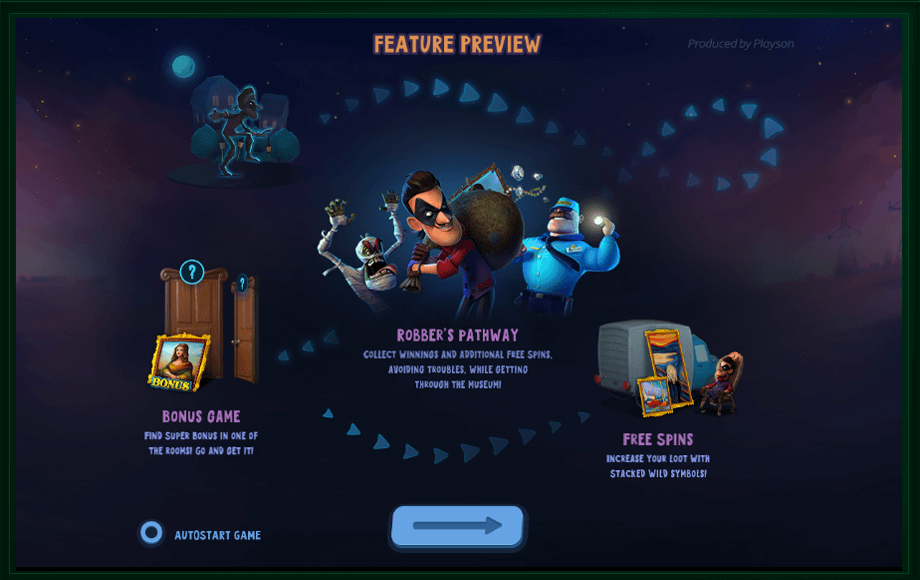 It doesn’t take a genius to see that a lot of effort has gone into making the 5 reels interface look like a large three storey building, with the squares of the grid acting as the rooms. All of you will start outside the building, with the thief needing to scale to the upper window to get inside.

Each of the spaces house symbols, both of lower card values, as well as higher value images such as the treasure chest and mummy. These not only connect together to create a formation, but they also greatly impact on how successful Vincenzo (the thief) moves per spin. Will he grab you the bonus game or will you get a series of free spins?

● Robber’s Pathway: This feature encompasses a lot of mini features, with specific tiles moving you forward, obtaining free spins for you or resulting in you being ejected from the gallery.

● Free Spins: Should you collect these along the way, once you escape with your fortune, you’ll be taken to the free spins. You’re always guaranteed 10 spins at the end, but the ones you collected will add to this.

● Stacked Wilds: These specifically show up during the free games, with substituted wins gifting you large returns. 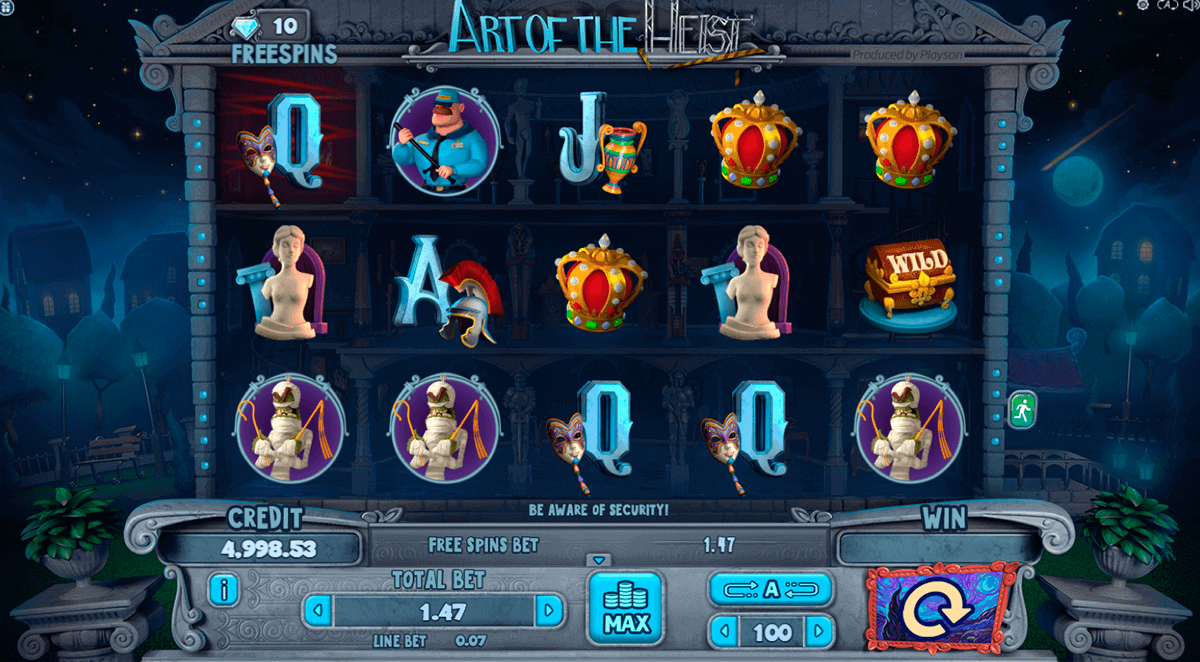 There’s so much we could say about Art of the Heist, but none of them would express how truly entertaining when you play bingo games like this. It delivers medium to high variance, alongside a display of stellar graphics, resulting in a game that few rival software developers will be able to beat.

Get the best gaming experience with Barbados casino bingo games!