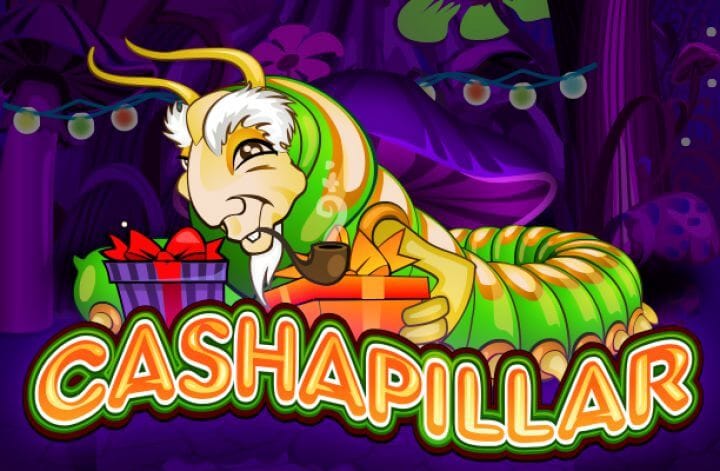 This is exactly what you think it is: cash combined with a caterpillar. Not only a caterpillar though, this Cashapillar game also includes all of the caterpillars insect friends. So get ready for a cute game to find the cash with this many-legged crew.

Microgaming is to online gaming like macaroni is to cheese: it works, it’s familiar, it’s a tasty combination and it’s recognised. The games supplier was founded in 1994, the same year they released their first online casino – which is still used in Barbados online casino games. Over the years they’ve continued to add to their portfolio, becoming braver with their innovations each time – and they’ve paid over $10million in progressive jackpots over the last 10 years. Not too shabby, ey? 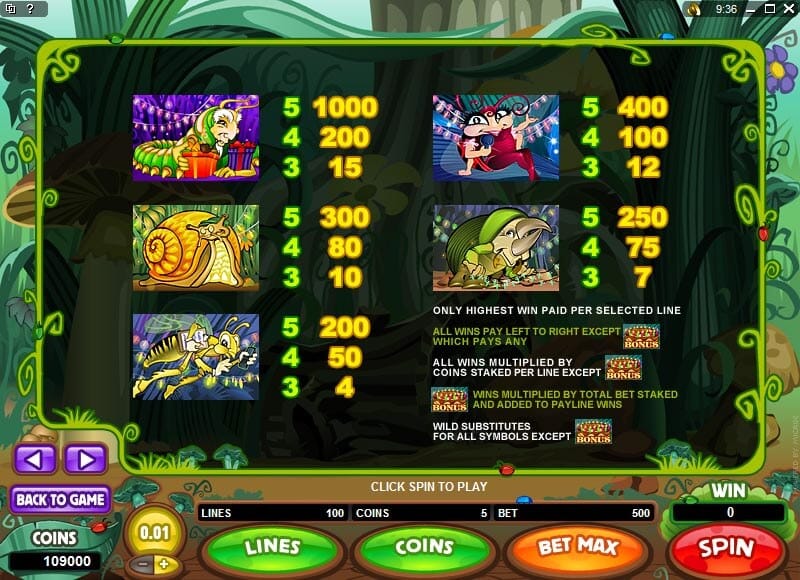 Although this Cashapillar game doesn’t have a progressive jackpot, it does still have some decent jackpots in the running: a regular spin and a free spins jackpot. But before we get into the nitty gritty of the gameplay, let’s first look at the actual bingo games setup.

Immediately you can see that the reels look a bit overwhelming, with the 5-reel, 5 row setup and the numbered paylines going down both sides. It’s bright and colourful and definitely commands your attention. You’ll also see the symbols on the reels: the caterpillar, the ladybird, the wasp, the dungbeetle and the snail – the caterpillar is the highest in value.

Wild symbol – the Cashapillar logo is the wild and it substitutes for all other symbols on the reels except the bonus scatter symbol. These wilds can appear stacked, which amps up the opportunity for bigger wins, and if the wild contributes to a winning payline then that win is doubled. 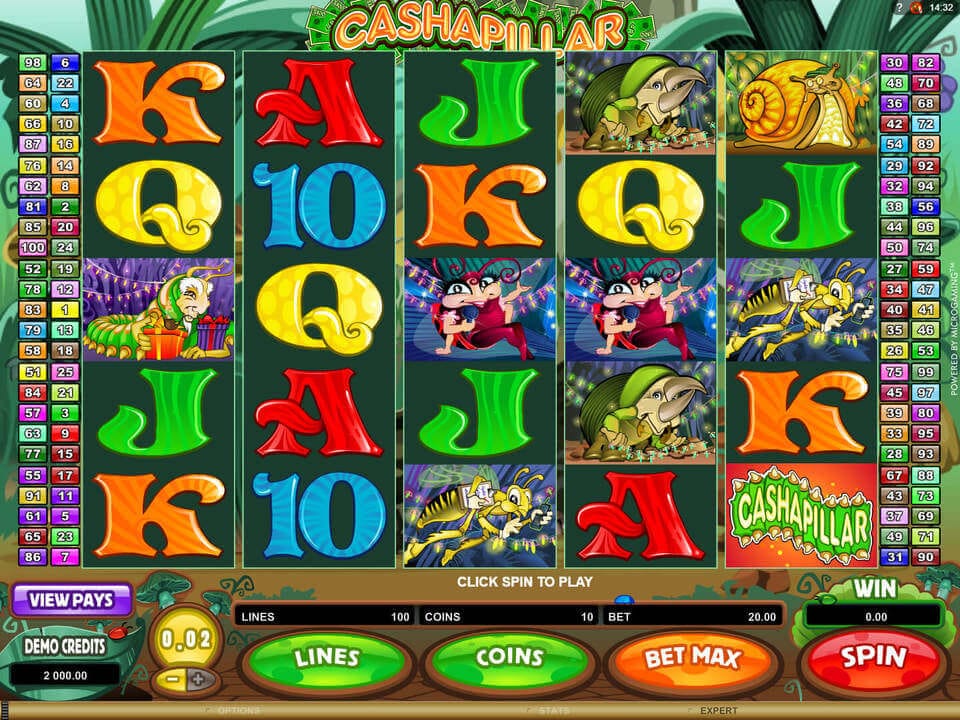 This is one of the high-volatility online bingo games, meaning that although it won’t pay you often, when it does pay you, it’s worth it. Especially if you’re aiming for those 6 million coins in the free spins jackpot. Although the initial design is a bit manic, the actual gameplay is good, with the stacked wilds, free spins and multipliers.

Have fun with Cashapillar, or test your luck with lucky leprechauns.