Are you ready to meet the Lucky Leprechaun and be transported the rolling green fields of the Emerald Isle? This Irish Leprechaun theme is a common one and this little fellow comes complete with Irish accent and quips as he wishes you ‘Top of the morning.’

The reels are set to the blue skies and green fields of a somewhat idyllic Ireland and the reels themselves are full of the common stereotypes we associate with this theme. There is a fiddle, pints of Guinness complete with shamrocks on the glasses, pipes and pots of gold.

The leprechaun himself features and all is set to the audio of some traditional Irish fiddle music.

Microgaming has paved the way in the online bingo UK gaming market, boasting 850 unique casino titles and releasing more engaging entertainment with each passing year. They continue to lead the way in providing amazing, detailed graphics, audio, and the overall gaming experience is enhanced due to this commitment to high-quality.

They have continued to impress in the face of competition from the other big industry players and they have proved themselves to be a leader time and time again. They have something for every player in their vast portfolio and players are kept wanting more with each Microgaming new release and irresistible casino bonuses. 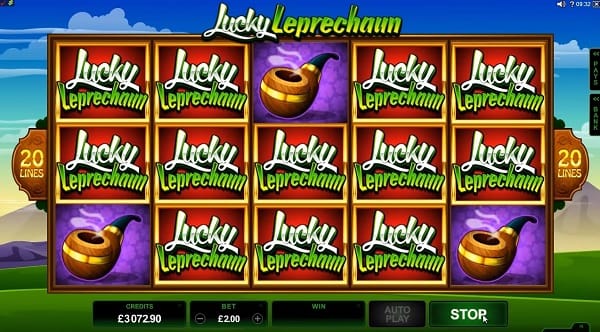 In Irish folklore, the leprechaun emerged as a type of fairy and may well have emerged from Tuatha Dé Danann, a supernatural race of God’s in Irish mythology. Leprechauns are depicted as little ginger bearded men, with coat and hat and a mischievous character.

They were described as solitary creatures who spend their time making and mending shoes and of course, they had hidden pots of gold at the end of rainbows. They were known to grant wishes in exchange for freedom had they been captured. Leprechaun-like creatures rarely appear in Irish mythology and only became prominent in later folklore.

Let’s hope that our leprechaun in this game sees fit to grant you those wishes:

THE WILD SYMBOL: the wild symbol in this online slot game is the Lucky Leprechaun symbol and creates a wild symbol stack. It does not substitute the scatter symbol.

THE SCATTER SYMBOL: The coin and the pot of gold are scatter symbols. The coin awards 1x total bet and only appears on reel 5 and activates free spins. The pot of gold symbol activates Trail O’ Fortune bonus game when 3 or more appear.

TRAIL O’ FORTUNE BONUS: When activated you can win up to 1,000x multiplier. Spin the wheel to reveal the number of squares you can move. If you land on the start of a rainbow bridge you cross bypassing squares. Cannot be activated during free spins. 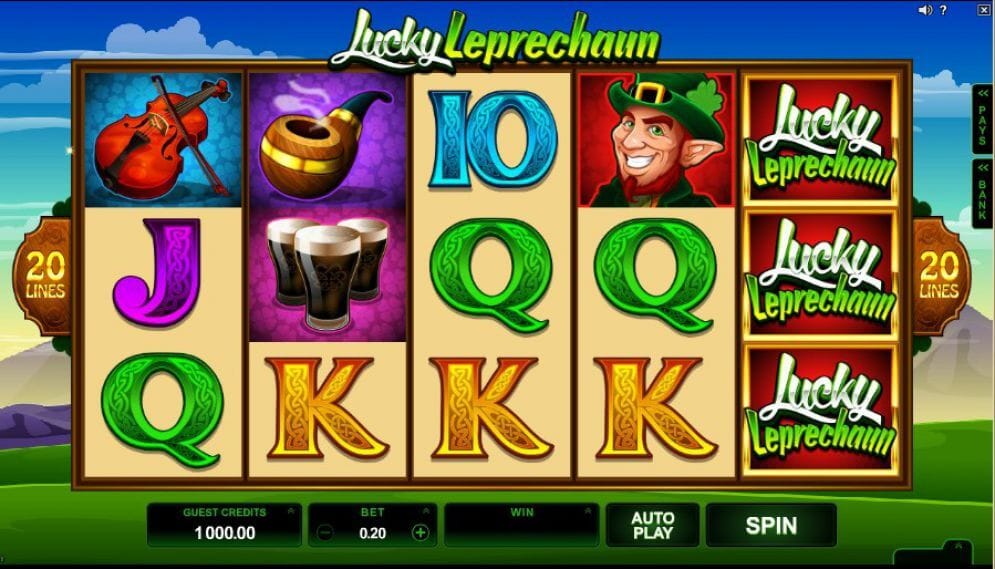 This Irish themed spin slot games is fun to play and very engaging. Looking for more? We have listed out the best bingo games free you can try anytime!

You can try Fluffy Too slot if you enjoyed Lucky Leprechaun.