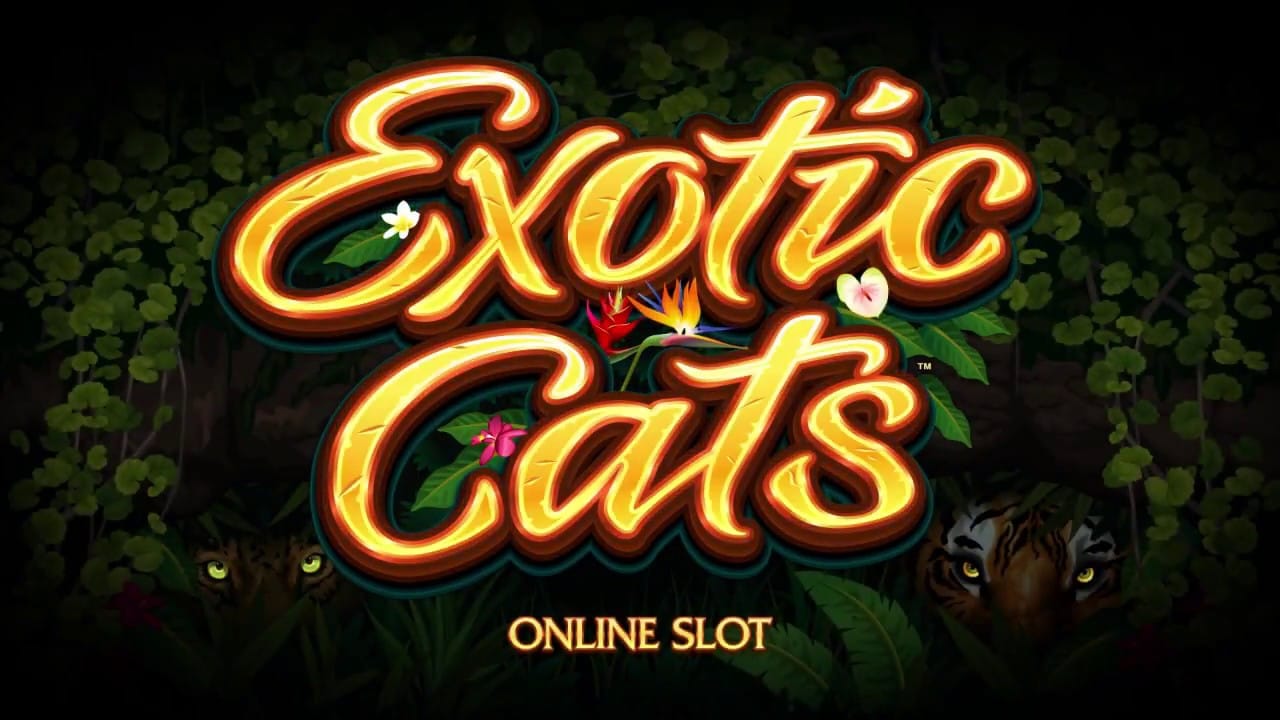 Exotic Cats by Microgaming is a 5 reel and 243 ways to win slot. Spinners will get a chance to journey deep into the jungle where they will spot panthers, leopards, tigers, cougars and lions. If you have been itching to go for a safari, this slot will give you a taste of what you could be missing. Special features in the game include the Vertical Wilds feature, the Free Spins feature which gives you a chance to win up to 15 free spins and more. Players can also get up to 5 wild reels on each spin. You can enjoy the game on all your devices for stakes starting from 15p to £30 per spin.

Microgaming was formed in 1994 and in the same year, they launched their first ever casino online bingo. That casino still uses the same software to date. It's a testament to just how effective Microgaming products are.

Microgaming currently holds the world record for most money paid out to slot winners. Not only that, but they’re also known for paying winners their full amount in wins at once. This is unlike many other companies that prefer to dribble pay and offers amazing bingo games. 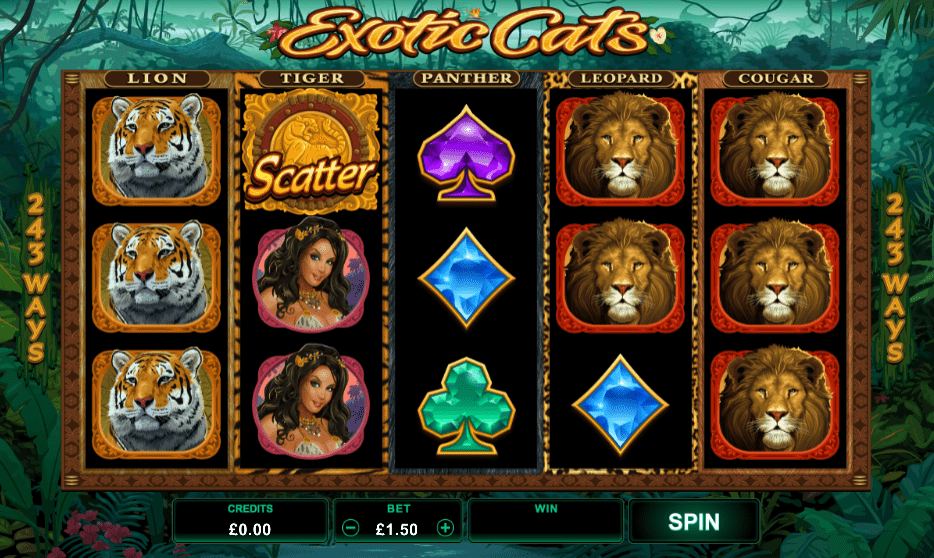 Exotic Cats has a jungle adventure theme that allows animal lovers to enjoy wild/exotic cats as they search for hidden treasures. Game symbols on the reels include; clubs, hearts, diamonds and spades. Main symbols include; panthers, a female character, cougars, tigers, paw prints, leopards and lions.

If a lion lands on the 1st reel, a tiger on the 2nd reel, a panther on the 3rd reel, a leopard on the 4th reel and a cougar on the 5th reel, the player will benefit from 5 fully wild reels. 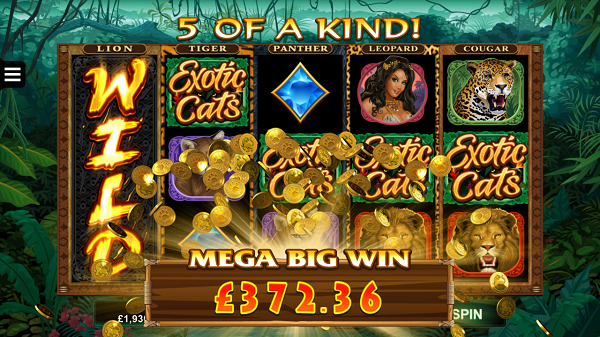 Exotic Cats isn’t exactly a mind-blowing, kind of deal but it offers some solid gameplay. It has a simple appearance and gameplay as well. However, the multiple wild reels aspect in the main game and during the Free Spins feature spices things up. These two can land you huge wins throughout the slot. Players can win more than 3,500x their bet on every spin and/or free spin.

If you're looking for some best bingo slots available, play Super Burning Wins Slot right away.