Book of Gold Multichance is an onlinebingo slot developed by the classical game developer Playson. The game comes with a fascinating design accessible to numerous devices, including Androids, tablets, and PCs. The game features a novel book on a block, which is fashioned in gold.

The golden book gives a thrilling reward of about 10,000 times of a player's stake. Similarly, there are cash rewards for players up to the same amount as in the previous statement. The game comes with various symbols that give different payouts.

This slot game comes with 3 rows, 5 reels machine that rotates around 10 pay lines. The game has a wild symbol, which also acts as the scatter symbol, and this symbol offers bonuses and free spins.  The game's graphical design is saturated with gold, coupled with nice, bright colors that make for an exciting adventure. Read more below, or play this game now on Barbados Bingo.

About Playson – The Developers of Book of Gold Multichance Slot

Playson, the Book of Gold Multichance casino game developer, is an iGaming company known for its superb, attractive slots. These slots offer huge bingo bonuses and have amassed much love from fans in the little years of their existence. It was established in 2012 and had since then make its mark on the casino industry.

Since its inception, it has employed over 200 employees globally and is not relenting in its quest to take over the industry. Their novelty in the industry has been an advantage rather than a disadvantage. This will follow that you can put out as many quality slots as possible. Since the establishment has set its attention on the online sphere, it seldom touches on land-based games.

Compared to the big fishes in the industry, they are not doing badly. Furthermore, if they can set sight on attending to players' needs, they have a prospect for more success. Some of the vast collection of slots and bingogames developed by this young but promising company include; 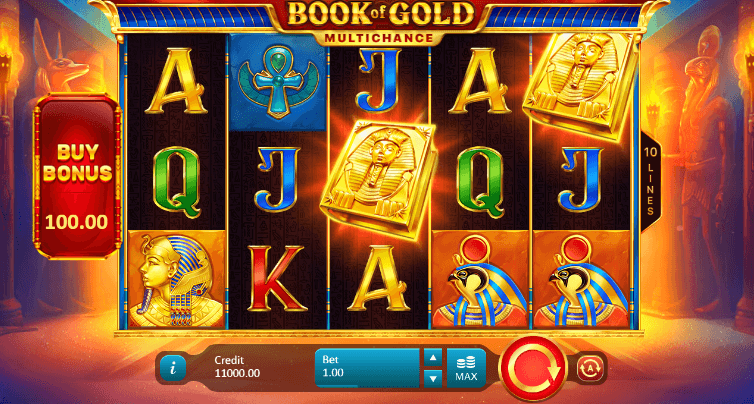 Book of Gold Multichance comes with an attractive design featuring subtle colors. The game is accessible across devices, including Androids, tablets, and PCs. The slot game offers an RTP of 95.40% and high volatility, meaning that there is a possibility for huge wins per spin.

The symbols in this slot include a golden plate that features the bio of a pharaoh, a show of Amon Ra, the popular Eye of Horus, and the ankh symbol that has wings on either side. The gamer has only one symbol functioning as the wild and scatter symbol. And this symbol is the golden book that features the face of a sphinx.

The slot comes with a 3x5 machine that rubs across 10 pay lines. With enough work pout into the design and visuals, it provides a relaxed game experience. And the soundtrack also gives credence to the beauty of the game. 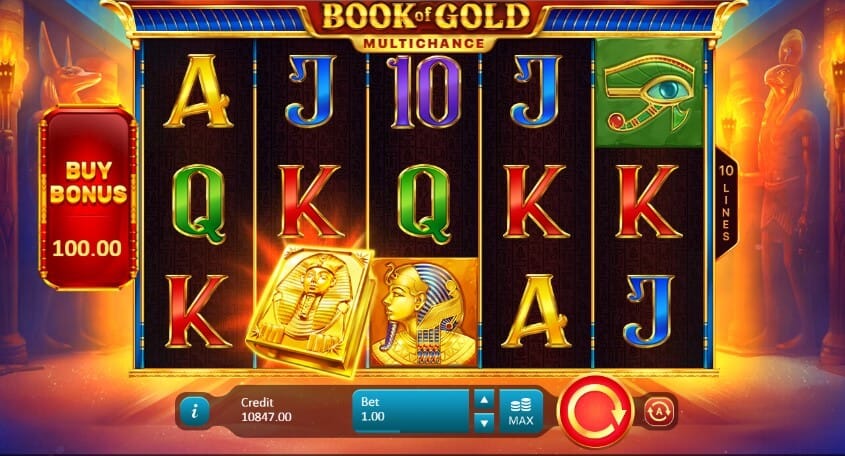 Bonus Features and Free Spins in Book of Gold Multichance

Though Book of Gold Multichance has a single symbol acting as both scatter and wild symbol yet, there are many bonuses to win. Some of the bingo promotions in this slot include;

Book of Gold Multichnce is a game with exciting designs and excellent gameplay. With cool payouts, and attractive volatility, it is a good game for any player. Give this game a try now on Barbados Bingo to stand a chance to win massively!

"If you have enjoyed Book of Gold Multichance, why not try another exciting slot at Barbados Bingo such as Facai Zhifu Slot.