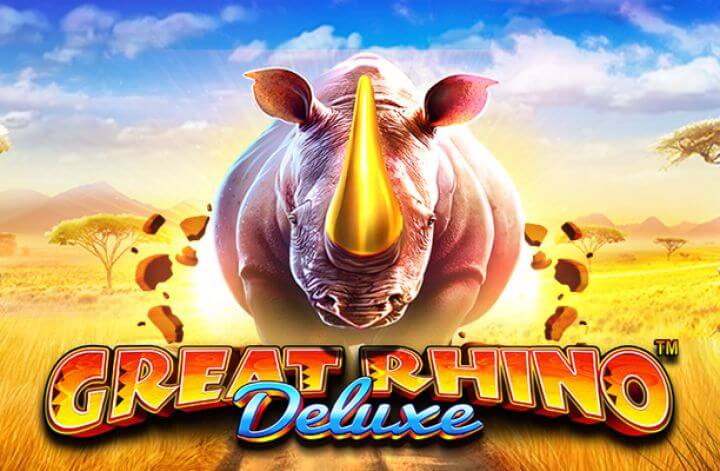 Great Rhino Deluxe is a slot game developed by Pragmatic Play sold to the market on July 30, 2020. It has a sun-kissed African plains theme and accessible all devices, including desktops, mobiles, and tablets. It features a 5 reel, 3 row, and 20 paylines.

The slot pays out 6,242x cumulative stake and has a Return to Player of 96.5% which is quite great. The game’s volatility ranges between medium and high nature and has a minimum stake value of 20p for each game, and a maximum stake of £100. There are two (2) bonus and free spins features in Great Rhino Deluxe slot that would interest players, with an astounding 500x jackpot in one of the features.

Though, a rhino having a gold horn seems is the highest paying symbol, this slot game has a variety of other decent paying symbols. The game can also give mega and big jackpots accompanied by free spins. The coin values for the pay line wins are 0.01 at the least, and 0.20 credits at most. Grab more details of the Great Rhino Deluxe slot in this review before deciding to play on a bingo on-line site - Barbados Bingo.

Great Rhino Deluxe theme is set around the sun-kissed African plains, which gives the game a fully packed detail and scenery. The bright colors behind the scenes are a great taste for players that love attention to details. The visual features of the game include trees, grazing animals, and grasslands, with a local, sectional scenery to the deep reels made of green. The highest rewarding symbol of the game is the Gold-horned Rhino, with other symbols including the high-paying Cheetah, gorilla, crocodile, meerkat, flamingo, and the low valued symbols, including A, K, Q.

The slot comes with a radiant, shiny design which is done with such skill and perfection. The music is structured after an African-style soundtrack, and plays behind the screen to the delight of players as they take the spins and make the wins.

The slot is compatible with all devices and the interface, and players can glean an exciting gameplay from this one.

Other bingogames and slots that offer the similar theme and gameplay include: 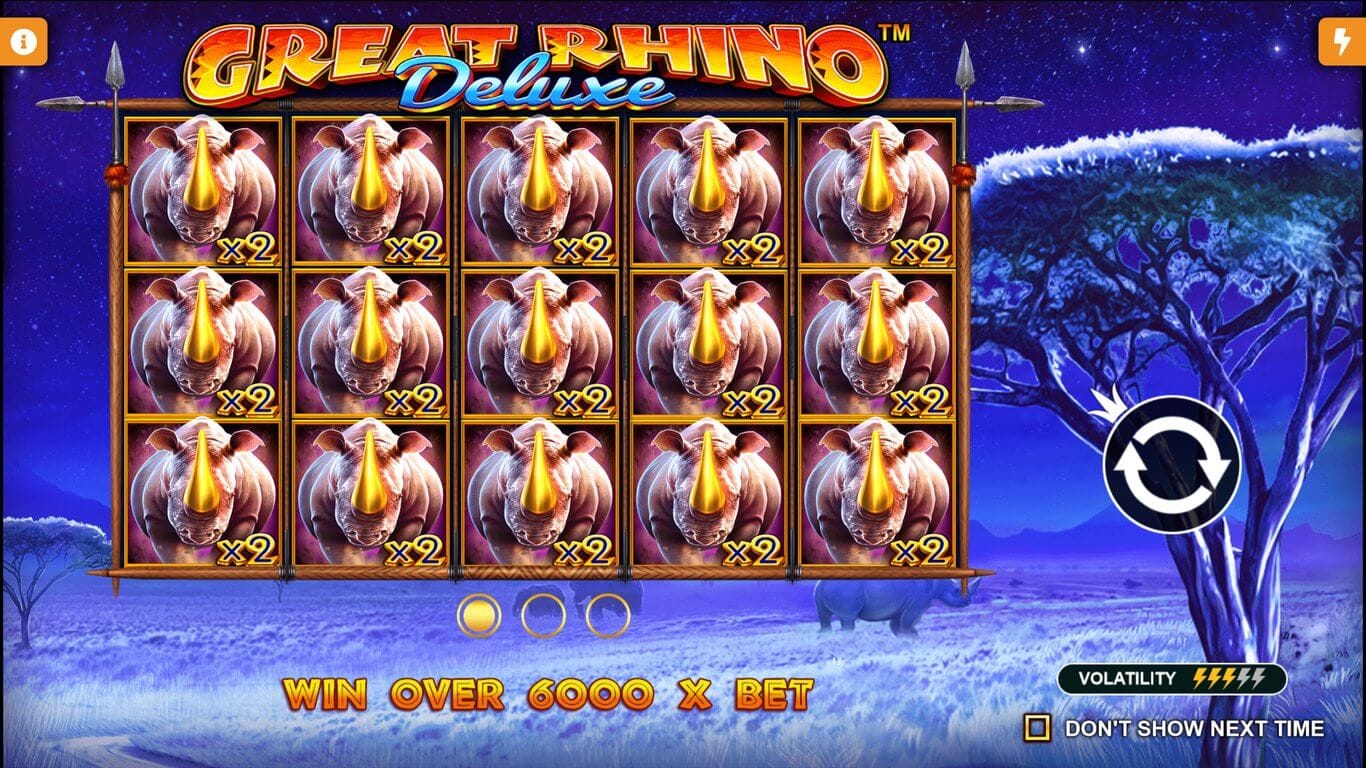 Trying out the Great Rhino Deluxe game as a player is very simple. In about three simple steps you will be ready to play. For novel users, you can sign in or sign up on Barbados Bingo just by pressing the 'Play Now' prompt. Then, you can take the simple steps below:

In less than 10minutes, you should be through with the processes involved in signing up on the website. You can then decide the game you want to play from the various slots on their collection. However, if that seems long, you can return to this page and click on the "Play Great Rhino Deluxe" prompt and take the following actions:

You may not want to put your real money into the game before trying out the Great Rhino Deluxe demo. Kindly check the game data or statistics below to understand the game and tryout the demo. That should put you at a vantage position for the real game. 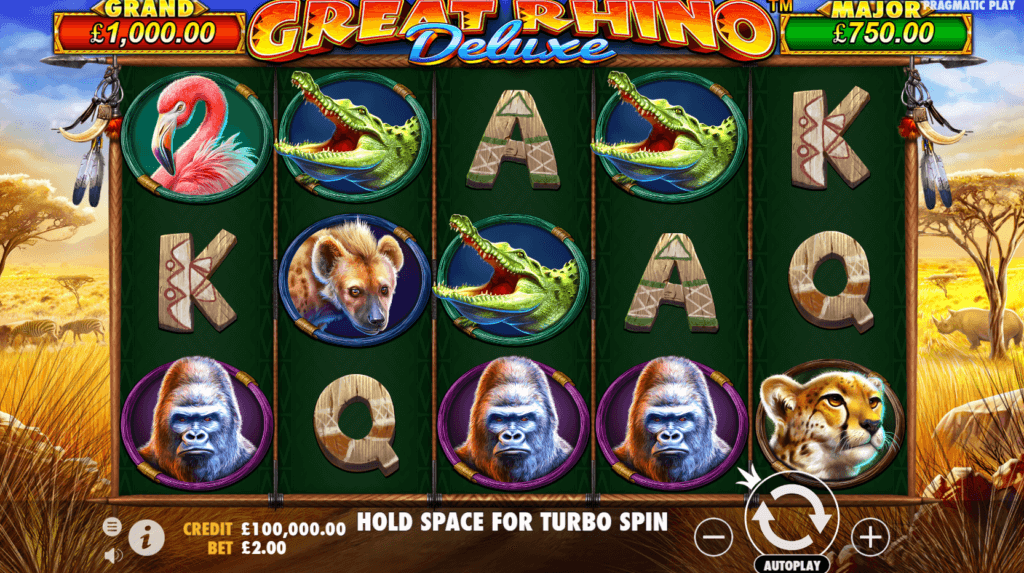 Look at the data below to get a feel of this game’s important stats.

Minimum and Maximum Bets – The least bet is 20p, and the highest bet is £100 for each spin.

Wilds and Scatter – There are wild and scatter symbols in this slot.

Get more info at a glance here.

Great Rhino Deluxe offers a great list of bonuses and free spins. The collection of bonuses are Super Re-spin feature and Free Spins feature, and can more insights into them can be seen below:

Last Thoughts on this Online Slot

With a blend of adventure, stunning graphics, and exciting bonuses, Great Rhino Deluxe is surely a great game to play. The volatility, RTP, stakes and wins are perfect for such sun-kissed African plains themed slot. Great Rhino Deluxe ranks at 7.9/9, and we recommend that you try out the slot on Barbados Bingo or some other games from the same developer or with the same theme.