You see the title of this UK bingo online slot game and you’d be forgiven for thinking you were going to see bearded middle-aged men rocking out to heavy metal – it’s in fact the opposite.

In this Heavy Metal Warriors slot game, you’ll find four warrior women, dressed in next to nothing, ready to go to battle in an alien world. The heavy metal comes from the soundtrack – are you ready to join them in their war?

iSoftBet are all about the user experience – not only do they provide entertaining online games, but they also provide a variety of games, not just focusing on one. So, in their portfolio you’ll find slot games, casino games, table games and more.

Heavy Metal Warriors is just one in a massive portfolio of games, and if you’re intrigued with what they offer then try Neon Reels, Platoon, and Skulls of Legend here at https://www.barbadosbingo.com. 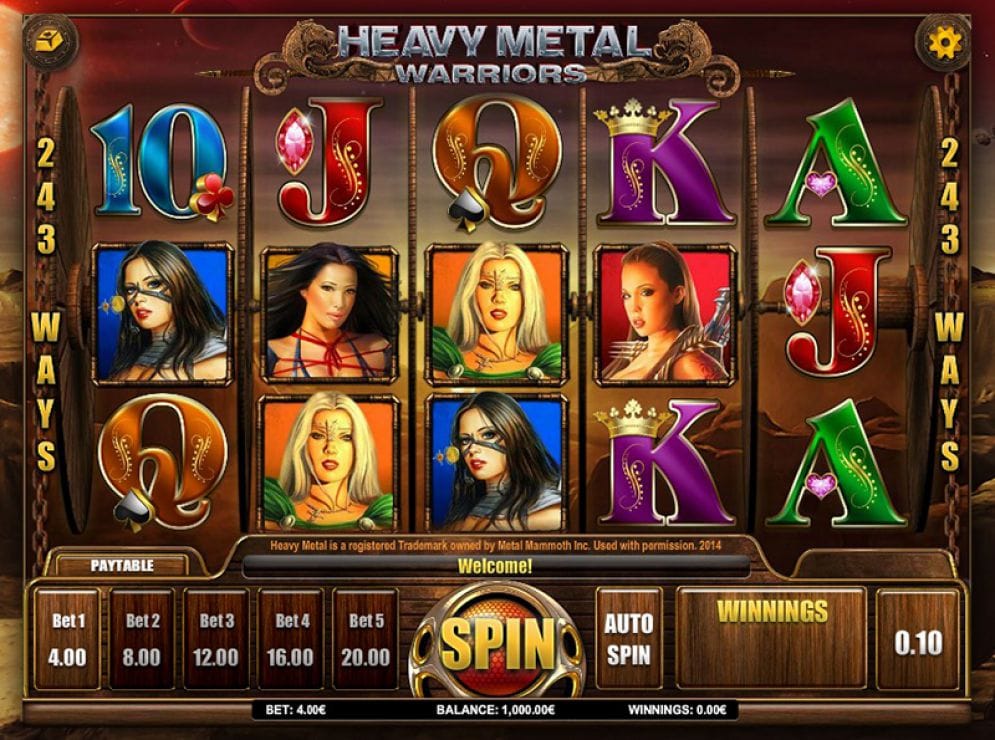 Heavy Metal Warriors is a five-reel, 243 ways to win slot game that’s set in an other-worldly environment that looks like an alien planet. You’ll find the four warriors on the reels along with the other card symbols – the warriors are the higher-value symbols, with the windswept warrior awarding you 2500 coins if you match five, and the auburn-haired warrior earning you the least of the warriors, with 500 coins for landing five.

Wild symbol – the wild symbol is literally a symbol with ‘wild’ written across it, and it substitutes for all other symbols on the reels except the scatter. It’ll only appear on reels 2, 3 and 4, and when it does appear it’ll expand on an entire reel – this will award you a respin, and if you land another wild it’ll do the same. You can win up to 3 respins with the wild.

Scatter symbol – the scatter is the ‘heavy metal’ symbol and if you land three or more of these you’ll trigger the free spins round.

Free spins round – once you land the three scatter symbols, you’ll have to pick one of them to determine how many free spins you get. Each scatter will reveal a number. In this game, the wild will only appear on the fifth reel, but when it does, one of the warriors will either throw an axe or an arrow at the reels, turning the two symbols next to the wild, wild as well. Meaning much bigger opportunities to win. 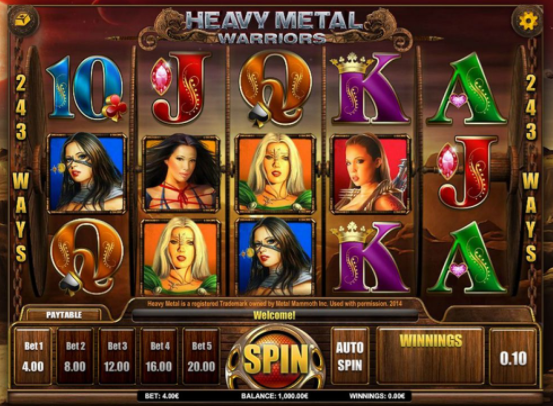 This game is almost similar to other classic bingo games, with the usual number of features – however, the fact that there are 243 ways to win on the reels, and the extra features within the free spins round definitely make up for the lack of storytelling.

It’s an easy-to-play game with some great graphics and an enjoyable soundtrack to listen to – so although it’s not the most exciting of iSoftBet’s games, it’s not boring.