Peace symbols, love hearts, flowers, and electric guitars. A soundtrack fit for a legend. Is it possible to encapsulate the essence of a musical icon in a game?

It’s a difficult question, but online gaming giant NetEnt answered ‘yes,’ and so the Jimi Hendrix slot game was born. And what a beauty it is! Close your eyes and lose yourself in Jimi’s unforgettable gift to the world – his music.

Open them and the stunning psychedelic, pastel artwork will transport you to the era of peace and love and give your game playing experience an unprecedented authenticity. Deposit and play now and experience the flower power for yourself!

Founded in 1996, NetEnt has since grown to be a global leader in bingo online game development. Today, not only have they produced over 200 hugely popular games, their staff has grown to be 1000 strong and, in 2017, their systems processed 36 billion gaming transactions.

Not bad for 22 years! NetEnt has a stellar reputation for producing stunning games that provide an immersive, truly unique gaming experience. In 2016, to celebrate their 20-year anniversary, they introduced three brand new games focused on rock legends. 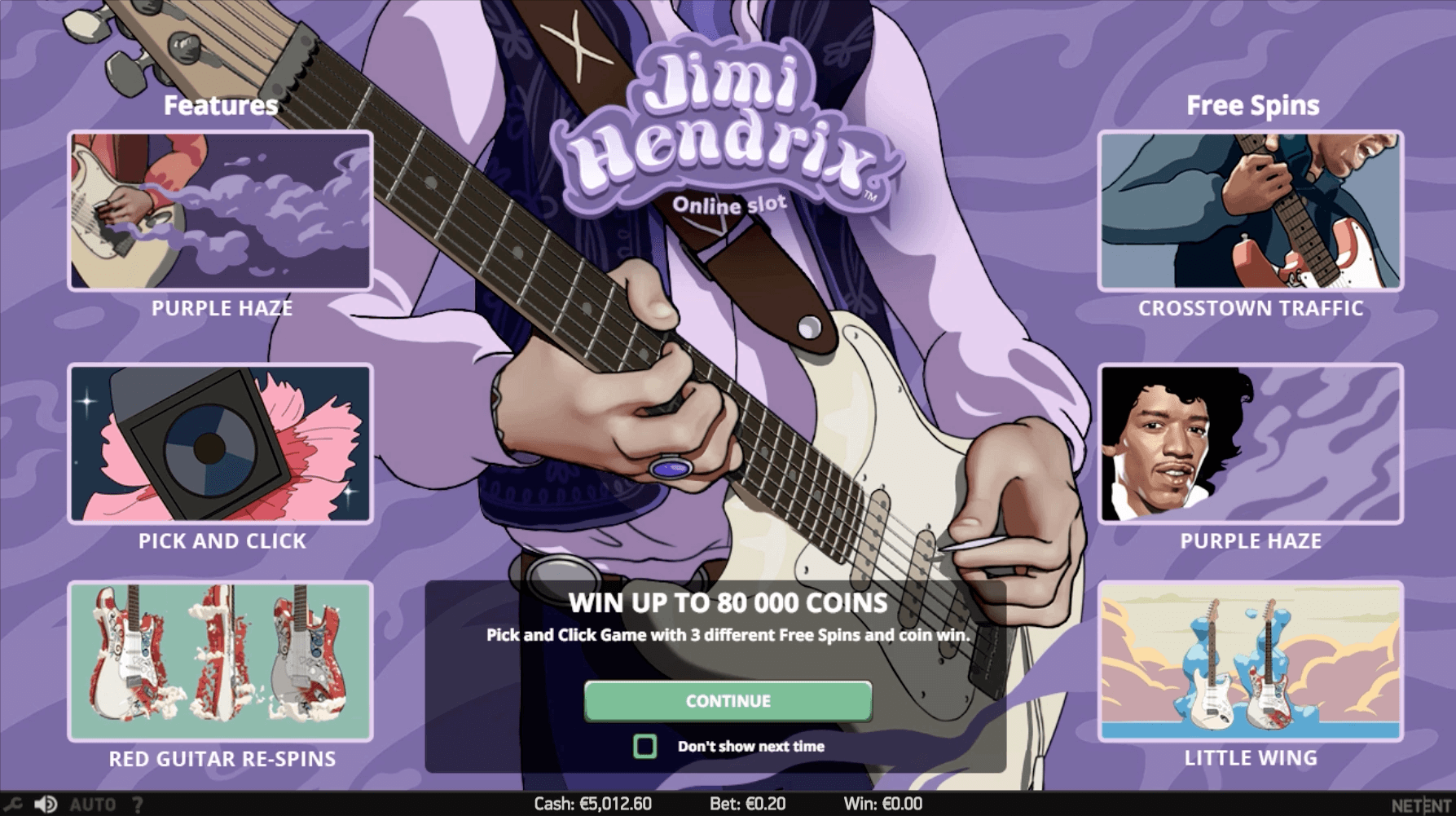 Jimi Hendrix slot is a 5-reel, 3-row, 20-pay line game available on desktop, tablet, and mobile across all OS platforms. The beautiful 60s themed artwork transports you to an era of Woodstock, flower power and peace and love and is hugely nostalgic… for some of us!

The reminiscing doesn’t stop there. While his career spanned only 4 years, Jimi Hendrix’s legacy lives on with players being treated to an exquisite soundtrack, featuring ‘Purple Haze,’ ‘Little Wing’, and ‘Wild Thing’ to name but a few. The game is packed with captivating special features, such as:

• RED GUITAR RE-SPIN – If you land 4 red guitars this feature will be triggered. Spin to build up red guitars on the board and, if you’re lucky, fill the board to win 400x your stake!

• PICK-AND-CLICK – If you land 3 Jimi symbols on the third, fourth and fifth reels this feature will be triggered. Speakers hide prizes, so click away to win!

• PURPLE HAZE – Landing the Purple Haze symbol on the first reel will make wilds appear on 5 symbols, bolstering your chance to win! 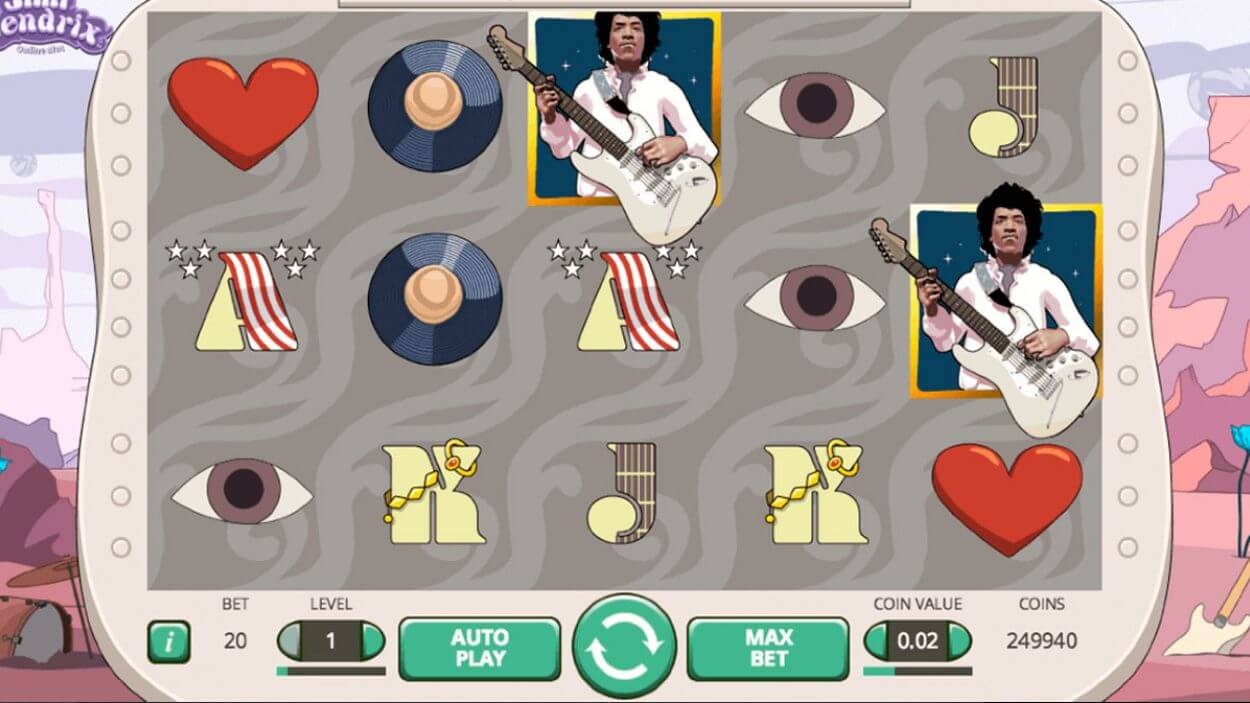 Jimi Hendrix has a timeless appeal. While not all players will remember the 60s, it’s impossible not to feel a familiarity with the era. NetEnt had a challenge on their hands to do Jimi Hendrix star justice. But careful execution of truly world-class artwork, 3D animations, and gameplay, as well as exciting bonus and free spin features offering chances to win big, make this game an absolute must try, for hardcore Hendrix fans and bingo games enthusiasts alike.

If you enjoyed Jimi Hendrix, join and play similar games for fun!