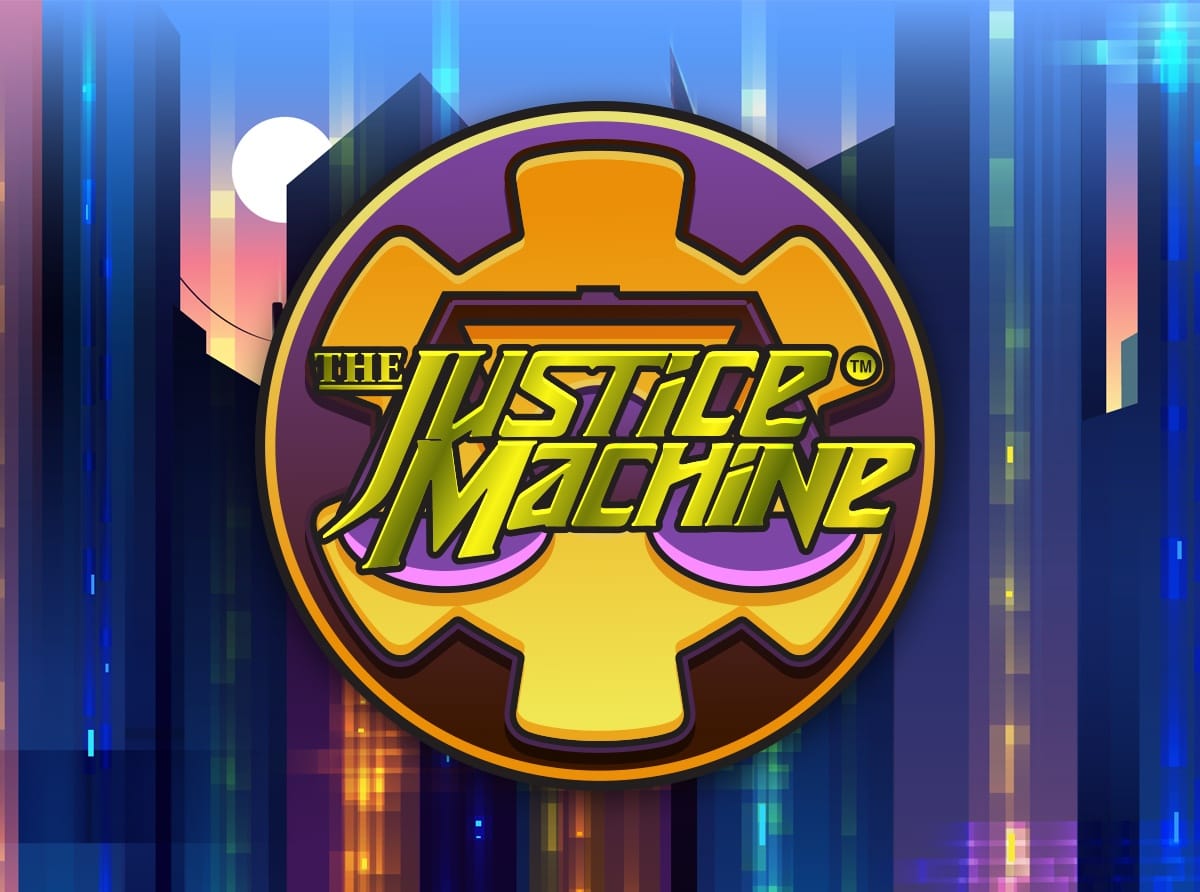 Sure, DC and Marvel have bombarded our screens for years, dating back to the days when they were only hero's in comic books. But do you remember the Justice Machine comics? Justice Machine was another team of superhero’s fighting the bad guys – and here they are being brought to our home computer screens. So play with crime-fighting hero characters in this online bingo sites uk right away!

1x2 gaming is an online games provider based in the United Kingdom, and rose to ‘fame’ with it’s football betting software – but since then, they’ve branched out to offer loads more online gaming and betting options, one being slot games like Justice Machine. 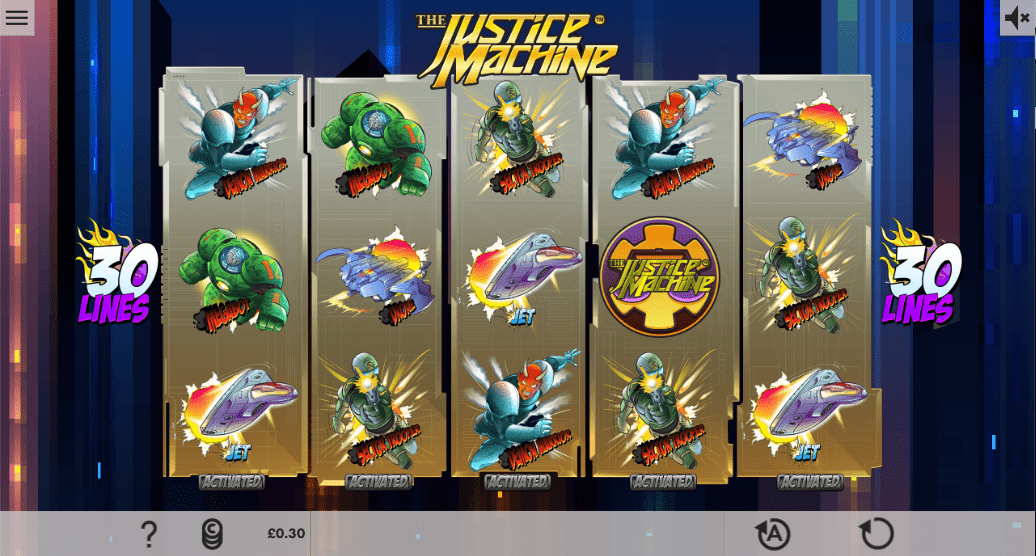 Playing Justice Machine - What to Expect

As you would expect from any superhero slot game worth its salt, the different characters in the game all have a different superpower, which means they have a different bonus feature. Their powers will only play out if they land on a power-activated reel, and these are chosen randomly throughout the game.

So who are these people you will be assisting to beat evil in this 30 payline, five-reel game?

* Talisman – the guy with the suit and the grey hair. He’ll give you random cash prizes if he lands on a power-activated reel.

* Blazer – the guy on fire. He’ll literally set the enemies on fire, and the more times he does that while on a power-activated reel, the more payouts you’ll receive.

* Chain – woman in black. Her superpower is lightning bolts, and this is how she’ll attack the enemies. Just like Blazer, the more enemies she attacks, the greater your payout.

* Demon – the dude in the red and black, holding up his fist. When he lands on a power-activated reel he’ll give you a winspin, which is a free spin with a guaranteed win.

* Titan – he’s the wild symbol, and when he lands on a power-activated reel he’ll become an expanding reel, covering the whole reel, and therefore upping the wins.

* Challenger – he’s the scatter symbol, and when he lands on a power-activated reel he’ll award you with 10 free spins.

Landing the superhero’s on other reels except the power-activated reel also offers you some great payouts: Demon is the highest value symbol, paying out 1250x if you land five of him, he is then followed by Chain, Blazer and Talisman.

Bonus round: this is where you’ll really see the superhero’s in action! There’s a Diviner bonus symbol on the reels and if you land one in the power-activated reel then you’ll trigger the Justice Bonus Round. This is where the team will be on another screen, fighting bad guys, and you have to choose who fights next! Choose right, and you could get extra payouts!

But who are the good guys fighting? You’ve got the Demon Warrior, Megabot, Drone and Sector Trooper. They don’t get you as big a payout as the hero’s do if you land them on the reels, but they still offer payouts. Demon Warrior is the highest paying symbol, giving you 150x your bet, if you land five of him. 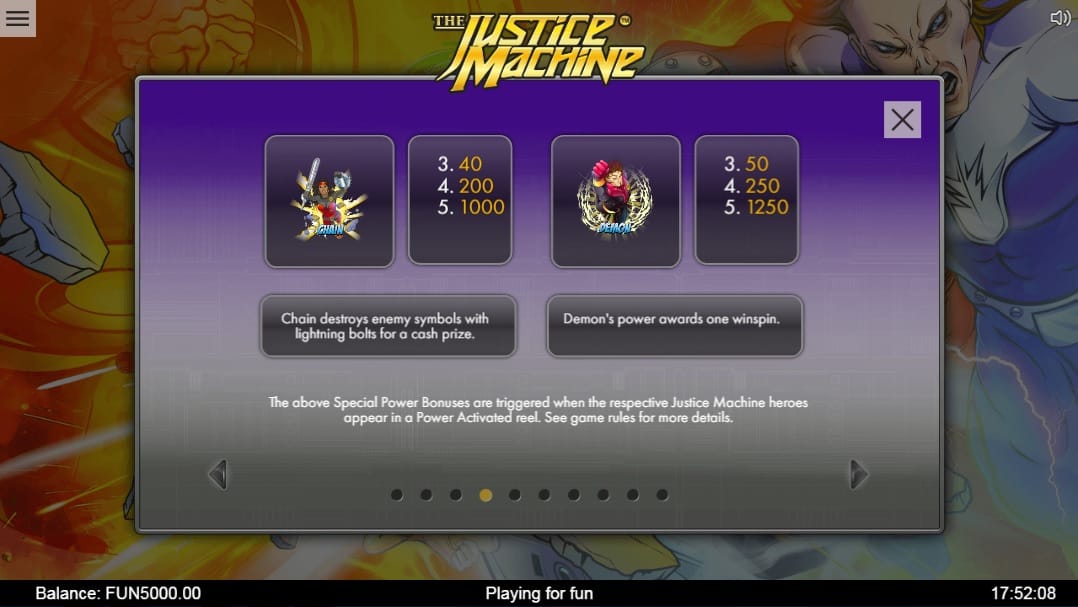 A great superhero slot game created by 1x2 gaming, Justice Machine really brings the comic book to life, providing lots of fun and interesting bonuses – topping it off with the bonus battle round! You can choose this and/or more action-packed slot games and even amazing bingo games at Barbados Bingo.