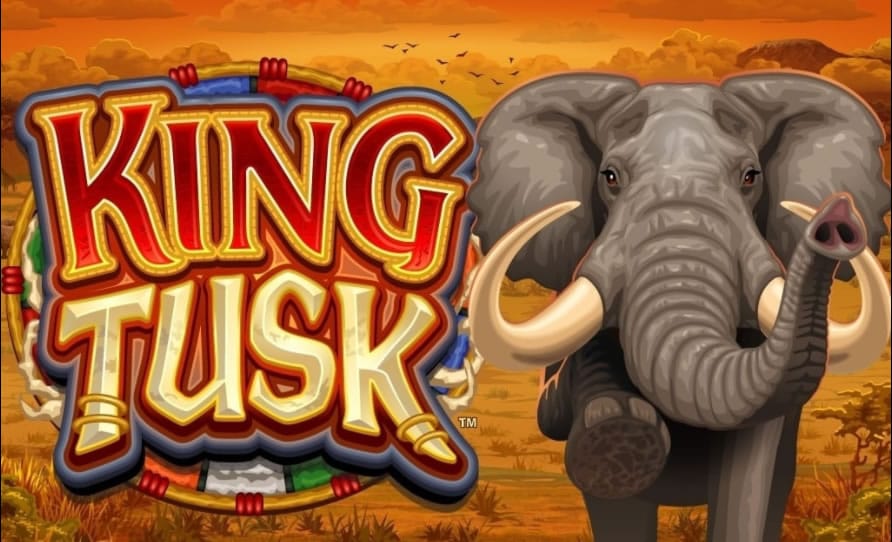 Journey to the endless plains of the African Savannah for the adventure of a lifetime with King Tusk! This 5 reel, 25 pay line slot game from Microgaming takes players on a safari of engaging play and scintillating special features.

This is a trek with mighty elephants, the leader of which is the title character, King Tusk. With graphics that mimic the eternal beauty of the great plains of Africa and sounds that transport the gamer to this special, unspoilt wilderness, King Tusk offers an online slot gaming experience like no other.

Microgaming began in 1994, and since then have been at the forefront of creating memorable, innovative and ground breaking online casino experiences. Based in the Isle of Man, Microgaming is the world’s leading supplier of online gaming software.

They have created more than 850 unique casino games, including 1,200 variants, and release new titles every month. As playable on tablet and mobile as they are on desktop, Microgaming has a cabinet of awards that showcase their towering reputation within the industry.

Titles from Microgaming include Hot as Hades, Immortal Romance: Reel Love, Titans of the Sun – Theia, and Jungle Jim El Dorado. Some of their games are also found in UK bingo promotions. 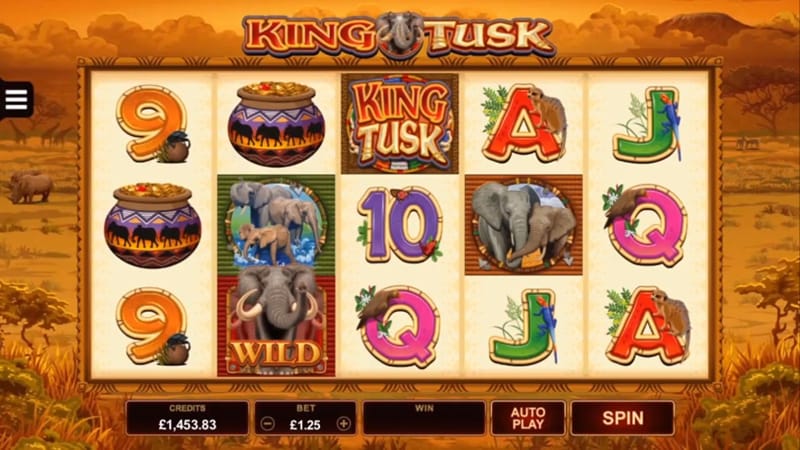 King Tusk is a 5 reel, 25 pay line slot. Players can stake between 0.25 and 62.50, meaning that although big cash wins are less likely than on some other titles, the gameplay is considerably longer than some other online slots and can be played on all devices with no download needed.

Players need to match up the symbols on the reels, and these include the standard A, K, Q, J, and 10 plus the nine numbered playing cards. More exciting things to look out for include a pot brimming with gold coins, an elephant couple, and an elephant family.

Wilds – The wild symbol is King Tusk himself, which takes the place of all other symbols except the scatter.

Free spins – These are triggered when 3 King Tusk logo Scatter symbols are found anywhere on the reel. Gamers then must decide on one of three free spin features, which are included in their wild feature, each one of which has 10 free spins.

Elephant Dance – A wild added to each free spin, which stays on the reels for 5 free spins.

Wilds can also expand to offer an even bigger pay out, and 3 consecutive scatters during the free spin game triggers a feature that gives 10 more free spins, making 20 free spins in total. 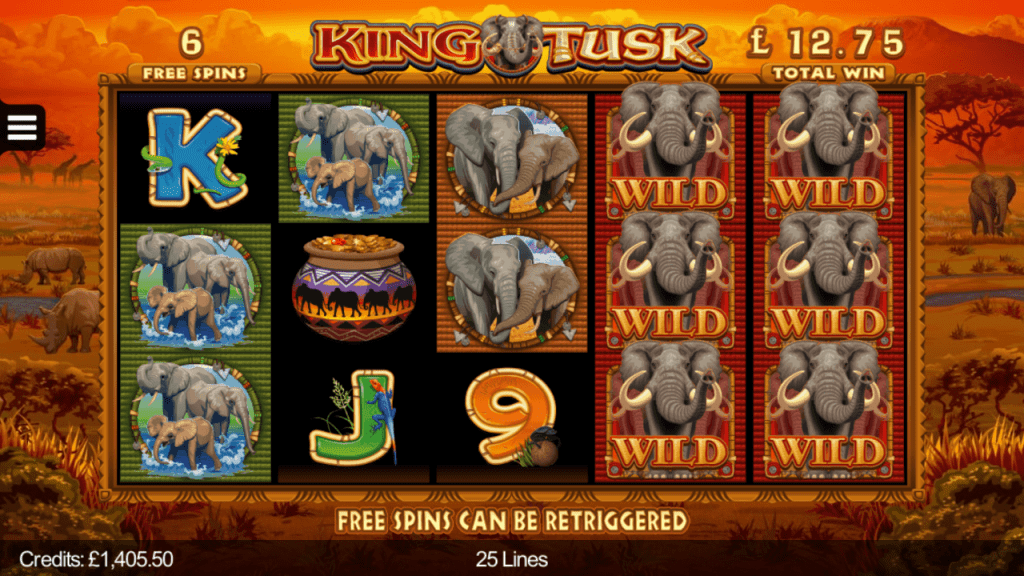 King Tusk offers players the adventure of a lifetime with the beautiful elephants of Africa. The gameplay is packed with bonus features and options to enhance and engage more than a run of the mill online slot, while the stunning backdrop of Africa makes this a game as rewarding in the playing of it as the winning. You might also want to try your luck playing bingo games at Barbados Bingo!

If you enjoyed King Tusk why not try White Wizard slot.