An interesting name for a title, Lakes Five is not a slot game based on five lakes, and we'll help you discover more about this game, okay?.

It’s actually a cartoon spin on the well-known Ocean’s films. Instead of Mr Ocean, you’ve got Mr Lake (the reindeer) and his end game is just the same: to carry off a huge casino heist. Who does he have to help him? Alf the alligator, Mike the monkey, Elmer the elephant, Pete the parrot, Genie the goldfish… and you.

ELK Studios is an exciting online bingo UK games company, that create high-quality cartoon-like animations in their games that you could imagine becoming actual kids shows. They combine storytelling with excellent graphics, and fun games built on solid foundations, which is the recipe for success.

Lakes Five is just one of their many slot games that tick all these boxes. More listed games to have fun at www.BarbadosBingo.com. 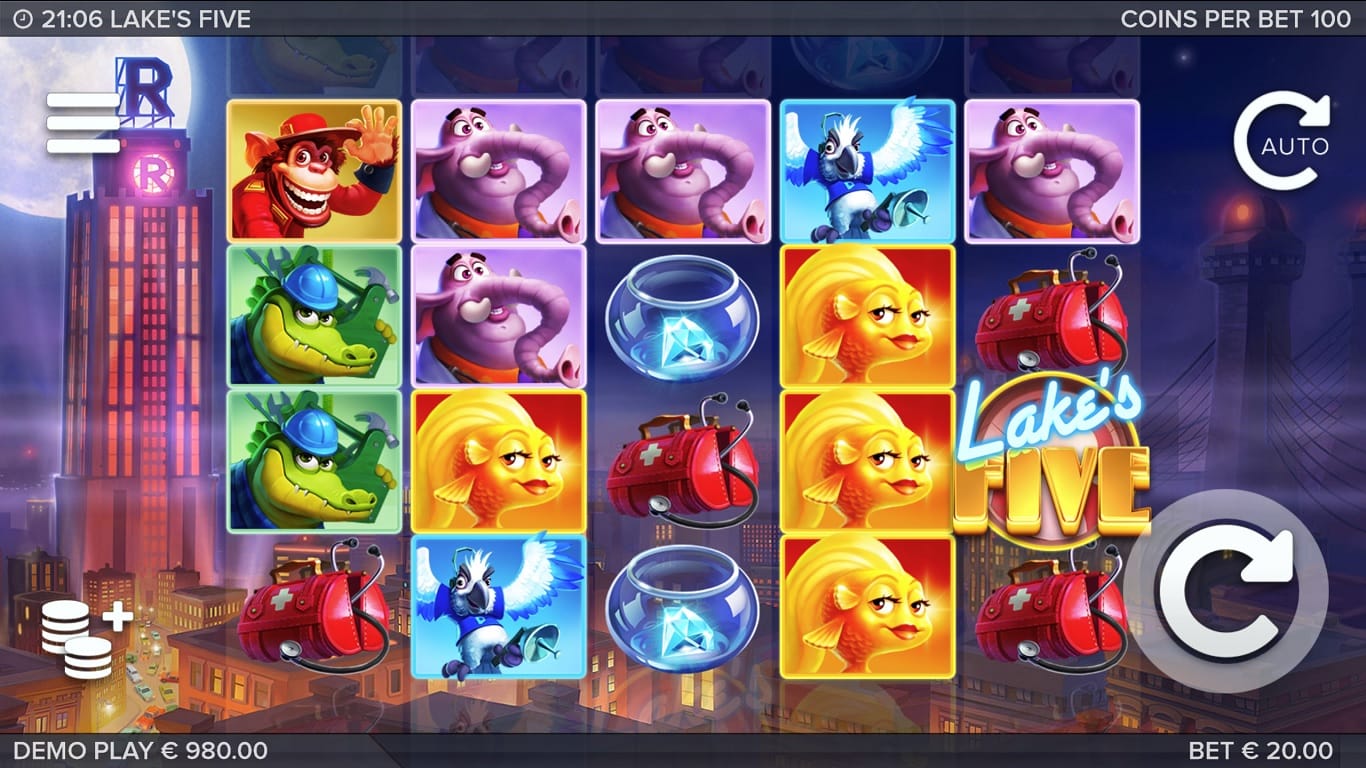 Playing Lakes Five - What to Expect

After a short introduction to Mr Lake and his crew you begin the preparation of the heist. You’ll see all of the crew on the reels: Genie the goldfish is worth the most, followed by Pete the parrot, Mike the monkey, Alf the alligator and Elmer the elephant. You’ll also see a diamond in Genie’s goldfish bowl, a first-aid kit, scatter symbols, keys and a whole variation of wilds.

Like many other ELK Studio slots, in this game you can set the bet level according to different betting strategies, if you want to: the optimizer, the leveler, the jumper or the booster. You can read more about these on the paytable.

The wild symbols don’t automatically appear on the reels like usual slot games, they’re actually triggered by two or more scatter symbols, which is the games logo or Mr Lake. Once you land two or more scatters then the wild respins feature will be triggered.

The scatters turn into wilds, and then these wilds move down the reel for every spin, until they’re no longer visible. The other wild symbols come in to play if you land three or more scatter symbols, therefore triggering the bonus heist game.

The scatter symbols then turn into keys in order to begin the 10 free spins: every additional key that you land during this free spins round will trigger another free spin.

The other wilds can be triggered if you land three or more keys on reels 1, 3 and 5. You’ll then be awarded either the walking wild, sticky wild, or climbing wild.

You can also land stacked wilds which award you with multipliers for that spin. The multiplier will be shown on the wilds.

ELK Studios has really delivered with the Lakes Five slot game: it’s fun to play, with loads of different bonuses, it tells a story and it really brings the theme to life, making sure that this slot game doesn’t blend in with all of the others. You can also try some online bingo games for a different kind of fun experience!

Travel and ride a choo choo train when you play Sugar Train slot and win!