Blueprint Gaming is based in Newark, UK. They are a well known brand as they've been developing casino slots for casino operators as well as online platforms for years. However, it's probably the 2008 acquisition by the German gambling company Gauselmann group that put them on the global map. The news not only raised their profile, but also allowed them to focus more on their live and offline projects.

Since then Blueprint Gaming has formed partnerships with large gambling corporations. They are also licensed to operate in Alderney and their slots and free bingo game go through thorough testing before appearing on your screens. 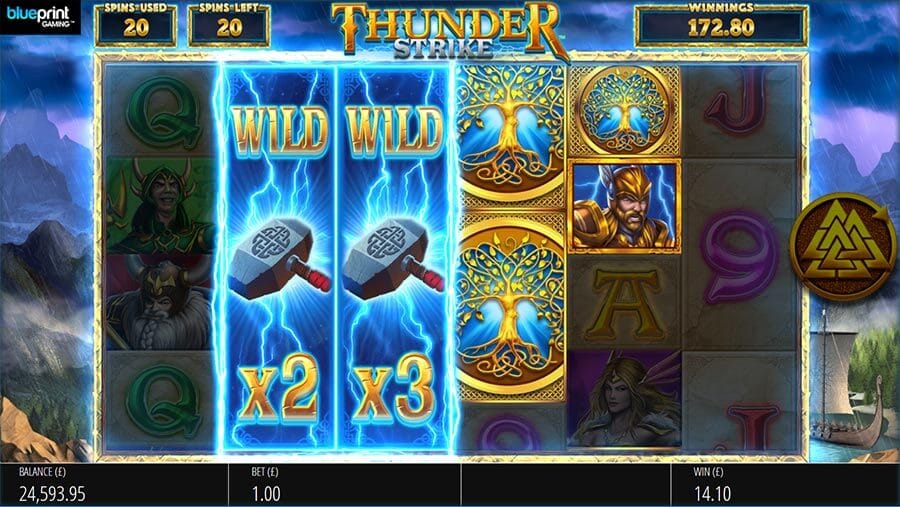 Lightning Strike MegaWays is best described as a modern version of Microgaming’s Thunderstruck II. Behind  the reels lie gorgeous mountains with an epic soundtrack accompanying the action. Symbols on the reels include card values Q, J, 10, A, K and 9, characters picked from Norse mythology such as Thor and a symbol of Asgard. The Asgard symbol pays the highest value of 0.5x, 1x, 5x, 10x or 50x your bet when 2, 3, 4 or 5 land on a payline. 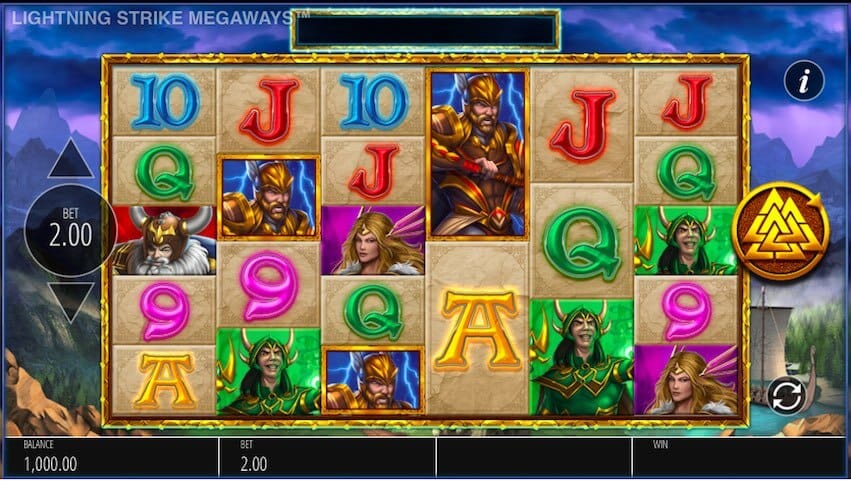 Lightning Strike MegaWays is a great MegaWays slot from Blueprint Gaming. You get to enjoy its medium variance with wins that go up to 10,000x your wager on each spin and free spin when wild multipliers are involved.

If you have enjoyed Lightning Strike Megaways Slot, why not try another exciting slot at Barbados - such as Temple of Treasure Megaways Slot.