Lost Vegas takes gamers to a vision of hell in the world’s most famous gambling playground. Lost Vegas is an eerie and spooky look at Sin City, where Zombies walk the Strip and gamers must navigate their way through the streets picking up prizes before they too join the ranks of the undead! This 5 reel slot game from Microgaming sets players on a journey with a familiar cast, including Elvis, Showgirls, Tourists, and Newlyweds, but with a twist – they are all Zombies, with a lust for human flesh. This is a world only the brave will dare enter!

Microgaming began in 1994, and since then have been at the forefront of creating memorable, innovative and groundbreaking online casino experiences. Based in the Isle of Man, Microgaming is the world’s leading supplier of online gaming software. They have created more than 850 unique casino games, including 1,200 variants and release new titles to play bingo online every month. As playable on tablet and mobile as they are on desktop, Microgaming has a cabinet of awards that showcase their towering reputation within the industry. Titles from Microgaming include Hot as Hades, Immortal Romance: Reel Love, Titans of the Sun – Theia, and Jungle Jim El Dorado. Play these games and learn more about our bingo promotions to take advantage of cool rewards! 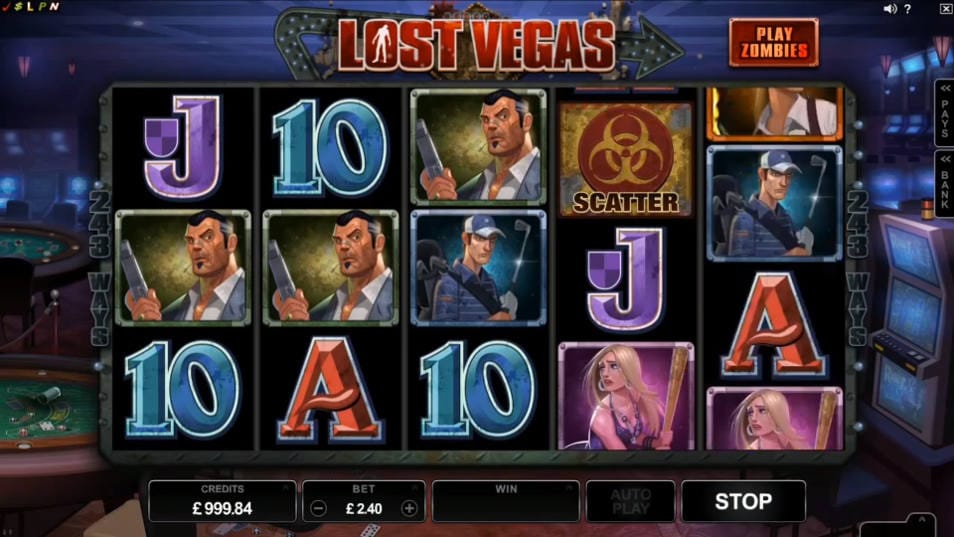 Lost Vegas is a 5 reel slot all about matching up symbols. Players will be familiar with the usual high playing cards of 10, J, Q, K, and A, but the real prizes come in the special symbols that walk the streets of Lost Vegas. They might seem familiar – Elvis Impersonators, Tourists, Showgirls and Newlyweds – but these are actually Zombies, stalking the world as the undead and ready to pounce! The game houses a number of special features, including:

Survivor – This is triggered with a random blackout after a losing spin. A scan of the reels is taken using Night Vision Goggles to reveal high-value cash prizes

Zombie fist of Cash – In Zombie mode, a losing spin randomly triggers a zombie hand to stuff the reels with dollar bills!

Scatters – The scatter symbol triggers a free spin element of the game, and 3 are needed to start the process. An additional element of this feature is low value symbols disappear from the reels to be replaced, giving higher chances of winning big prizes

Infection – Zombies become stacked wilds and infect each reel they touch during gameplay. A full 5 reel set of expanded wilds can reward up to x2155 the max spin 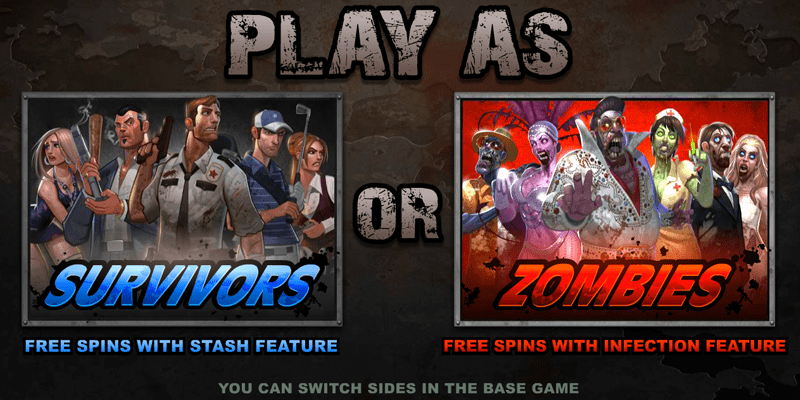 Lost Vegas is a next level offering from Microgaming and shows the developer is out to impress players not only with top-spec graphics, but also in-game mechanics that take this game beyond the level of a standard online slot experience. Unlike some other games, the eerie music and the familiar characters with a zombie twist give this game real atmosphere. Newcomers and experienced gamers alike will want to walk the scary streets of Lost Vegas for a chance at scooping big rewards in this terrifying world of the undead! For players looking for new and fun-filled one experience, we recommend trying online bingo games.

If you enjoyed Lost Vegas, you should also try this casino game - Fluffy Favourites.