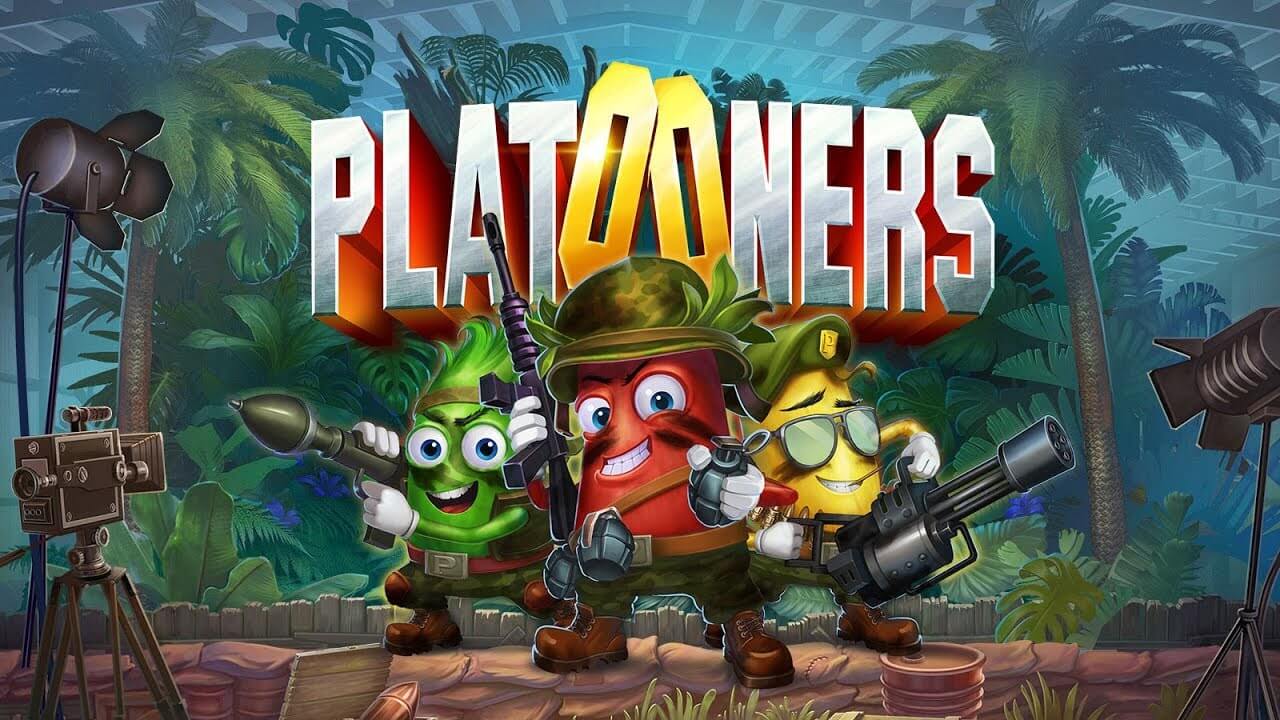 Platooners is a 5 reel, 178 ways to win slot by ELK Studios. It gives players a chance to immerse themselves in the jungle setting. 3 characters from Bloopers will randomly hit the reels during the base game and launch rockets, grenades and fire heavy machine guns at the same symbols, 5 of a kind wins and random wilds. There are special themed features, free spins and more up for grabs here and the chance to win up to 2,500x your bet. Stakes start from 20p to £100 a spin. You can also try other bingo games from Barbados Bingo.

Elk Studios is a Swedish based company that was established in 2012. There aren’t a lot of Elk slots out there because the company believes in releasing fewer, but high-quality games i.e. quality games over quantity.  Some of their online play bingo games include; Platooners, Bloopers, Electric Sam, etc.

Platooners is set on a Hollywood set and includes a dense jungle backdrop. Symbols on the reels include the usual A to 10 card values, medical bags, binoculars, knives, totem masks, Platooners dog plates and more. The plates play out the highest value giving you 50x your bet when you land 5 on a payline. The slot also has a wild symbol which substitutes for all symbols except the bonus scatter.

Each of the characters has their own special feature which is activated randomly. Their bonus features include; 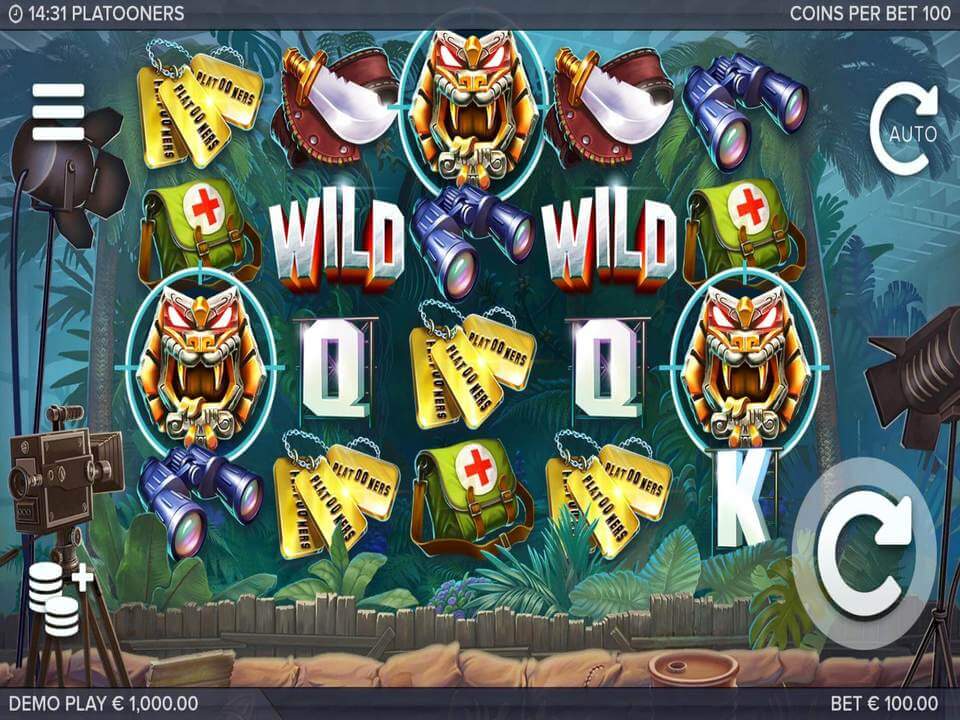 Platooners slot has a medium to high variance and offers maximum payouts of 2,500x your bet on every spin/free spin. The Platooners vs Snakes of Fortune feature is likely to be the most profitable thanks to the chance that several Platooners will be active on every free spin.

If you're looking for some best bingo slots available, play Tut's Twister Slot right away.