What would you rather reveal while playing some of your best casino games – a top win or random cash prizes? This is an interesting blend of the slot, online free bingo, and scratch card – to top the whole fun inherent in the game. Slingo Reveal provides some truly fascinating graphics that would have you immersed deeper into the whole gameplay.

The game has a Symbol Reveal feature that awards cash prizes upon landing the required Slingo numbers. You keep getting the feature as many times as you trigger it until you get the Full House. There’s room for the Free Spins feature to award you free spins that you can back up with unlimited extra spins.

This suffices to say that Reveal is a little bit different from what you get in most other Slingo games. The maximum reward is 10,000 times your wager, as you play on 5 reels, 5 rows, and 12-win lines. Barbados Bingo walks you through the relevant information you need to play and win some exciting prizes on Slingo Reveal.

About Slingo Originals – The Developers of Slingo Reveal Slot

Slingo Originals developed the awesome Slingo Reveal game. Slingo came to be in 1995 when Slingo Originals put in so much effort to bring something innovative to the table. Following in the trail it blazed, Slingo Originals has not relented in the development, licensing, and marketing of casino games.

As a result, the company has leveraged on Slingo's growing markets to provide more exciting and epochal Slingo titles. Today, Slingo has been blended with some popular bingo games free and slots like Rainbow Riches, Starburst, Deal or No Deal, among others. The company no doubt continues to expand its visibility by striking partnership deals with top casino operators around the industry.

Such partnerships have led to the widespread play of the company’s games across casinos like Jackpotjoy, SkyVegas, 888 Casino, Jumpman Group, among others. One begins to wonder what license the company holds. Slingo Originals’ licenses are in such jurisdictions as the United Kingdom, Malta, the State of New Jersey, and Australia.

With some notable Slingo, slots, bingo online, card games, and social games, we list only a few below:

Apart from those above and other Slingo Originals’ games, you can also play bingo online on Barbados Bingo. 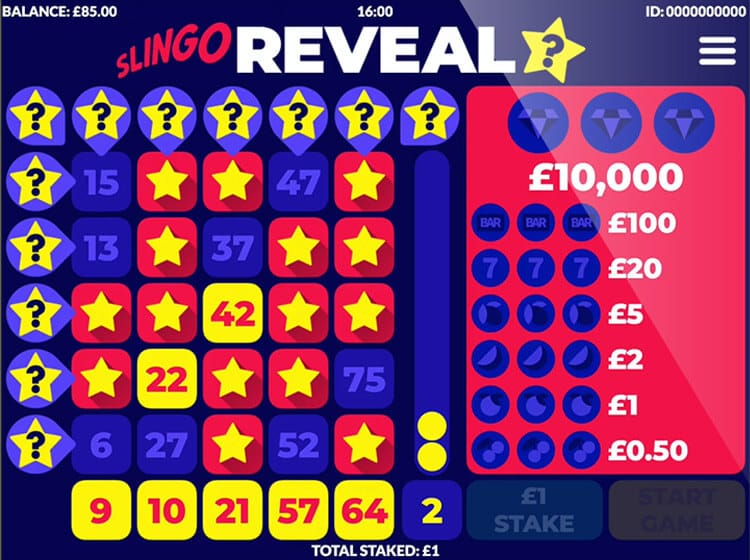 The gameplay still revolves around getting Slingo, so mark off 5 numbers in a row vertically, horizontally, or diagonally to get one. You are presented with 9 spins (presented in blue balls), unlike most other bingo games that have 11. Instead of a Full House, there is the Symbol reveal feature, which will soon be discussed in the next heading.

The Joker symbols help spice up your gameplay by marking off any number on the columns above when it appears. The Free Spins here come with the symbol and not necessarily as a feature on its own.

The Devil symbol will make your winnings hard by blocking number matches on the grid. It is best to avoid the symbol by all means possible. Slingo Reveal has an 89.5% RTP and medium volatility, with hits fairly hard. The minimum bet per spin is pegged at 25 pennies while the maximum is £25.

More of the gameplay would be made available when you play the game on Barbados Bingo. 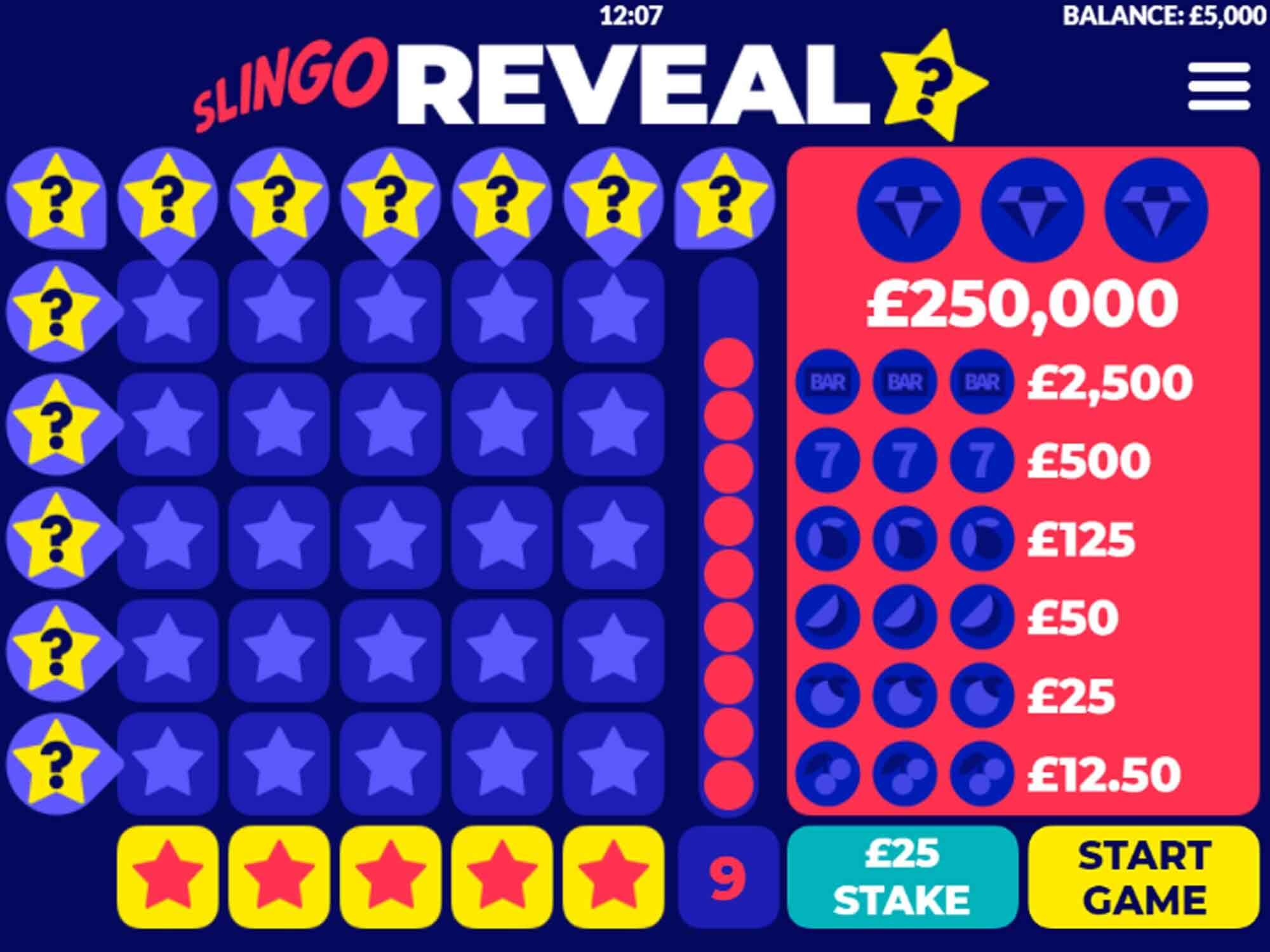 Every time you get a Slingo, this feature is activated. You are then given an opportunity to reveal a random symbol. You need to obtain 3 of that random symbols to win the cash prize stipulated on the pay-table.

This can be awarded at random especially upon the appearance of the enabling symbols. It’s interesting to note that you can buy unlimited additional spins, making it possible for your wins to be huge.

Try playing at Barbados and see what bingo promotions you qualify for.

This Slingo game takes on the usual bingo, slot, and scratch card formats which is quite an interesting twist. In addition, you also get some instant cash wins and unlimited additional spins that altogether spice up your gameplay.

Huge payouts of 10,000 times your wager (£240,000) are not to be joked with, honestly. We give this game a solid 8. Why not try the game today on Barbados Bingo where you might also receive some bingo bonuses?