Snow Wild and the 7 features 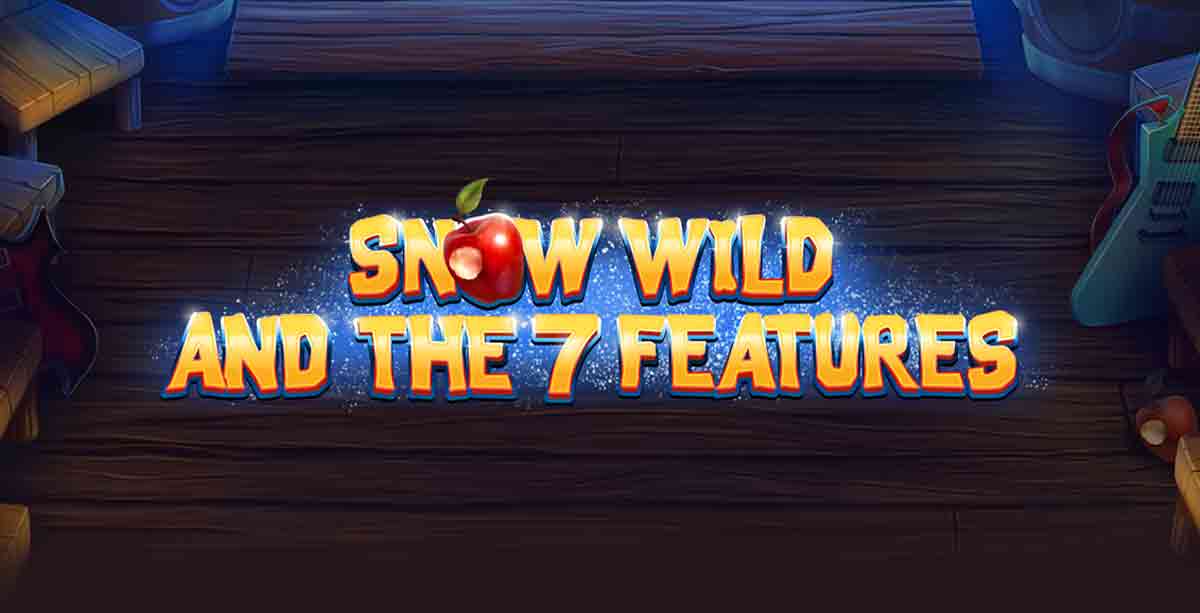 In Snow Wild and the Seven Features, you will head to a wild biker bar in this anarchic 5 reel, 20 payline slot by Red Tiger Gaming (RTG). Just like the fairytale Snow White, the number 7 is very important. It includes 7 features e.g. stacks of wilds, tumbling reels, re-spins, instant wins and symbol swaps. You can play on all your devices from 20p to £500 per spin.

Red Tiger Gaming (RTG) is a software house with a wealth of experience. The company was founded quite recently in 2014, but its team is known for developing high-quality online play bingo games across Europe and Asia.

The company has a very distinct logo-  a majestic red tiger’s head, which has become one of the things fans have learned to notice first about the bingo games. 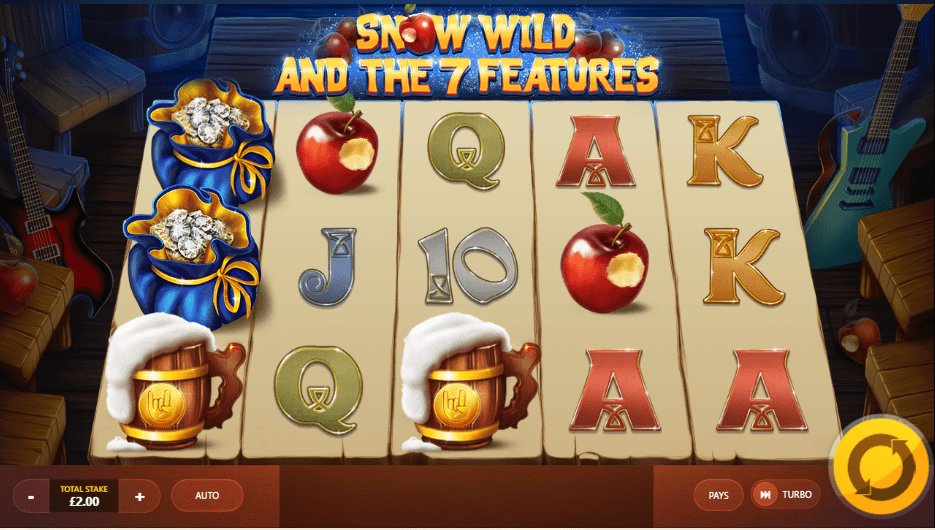 The game’s setting is a spit and sawdust bar. Symbols on the reels include; electric guitars, card values, chairs and amps in the background, a half-eaten apple, a pouch of diamonds and a stein of beer.

-Boozy feature – when the spinner lands on Boozy, the beer taps open and turn the entire reel wild.

-Goldy feature – when this feature is active, Goldy shakes a bucket of coins on top of the reels and an instant win cash prize is rewarded.

-Dozy feature –Dozy, Snow Wild’s pal is busy having a nap. While he snores, the heavy air blows symbols around the reels and helps form new winning combinations.

-Sneaky feature – hit this feature and Sneaky gets out of his saw and chops up the reels. He then substitutes them with new reels.

-Tickly feature – when Tickly sneezes onto the reels he activates re-spins or he can do you one better and award multiple re-spins.

-Flash feature –  lightning strikes onto the reels from the most unimaginable of places- an electric guitar. This blasts symbols off the reels and substitutes them with new ones. A new payout is carried out, while the new symbols stay in place.

-Crazy feature – Crazy drags symbols off the reels and substitutes them with new ones to help create a new winning combination. 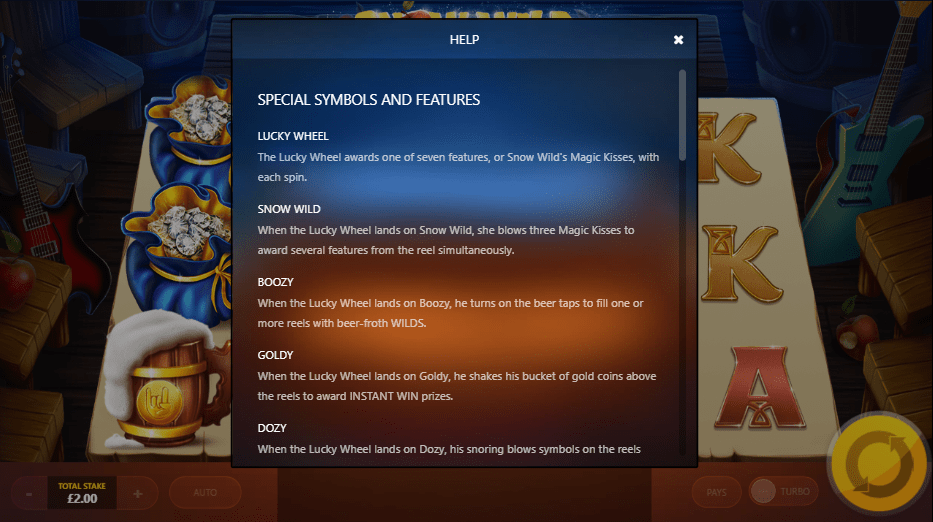 This slot will have you nostalgic for your childhood. One of your favourite childhood tales comes to life rather strangely, but we don’t mind it at all.

The slot's visuals are well done backed with a rock soundtrack that is a nice fit. The extra features make this slot so much more worthwhile promising plenty of variety. You might (almost) miss that there aren't any actual free spins on offer here since you’ll be too busy taking in all the diverse features. Snow Wild and the Seven Features lives up to its name.

If you're looking for some best bingo slots available, play Gems Gone Wild Slot right away.