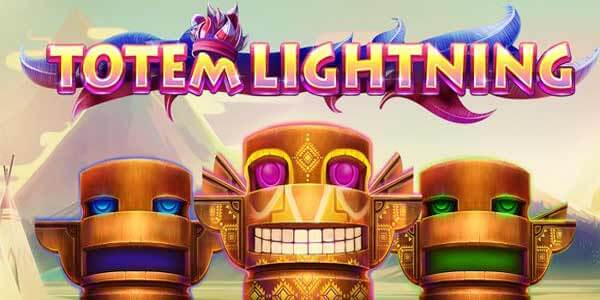 Totem Lightning by Red Tiger Gaming is a 5 reel, 40 payline game with a beautifully designed Native American themed slot. The slot includes; tumbling reel re-spins, a picks round and when lightning strikes the reels, the low-value symbols are removed and replaced. The picks round can award up to 1,000x your total bet. Play on all your mobile and desktop devices for stakes ranging from 20p to £500 per spin. We have lots of slots available as well as free bingo sites games.

Red Tiger Gaming was founded in 2014 and continues to create outstanding slots and bingo games. It is a fairly new software that has developed a presence in Europe and Asia. The company has a distinct logo that has become one of the most noticeable things about the company. Even when spinners don’t know who is behind the game itself, they can see it power up with the majestic red tiger’s head and know it’s an RTG game right away. 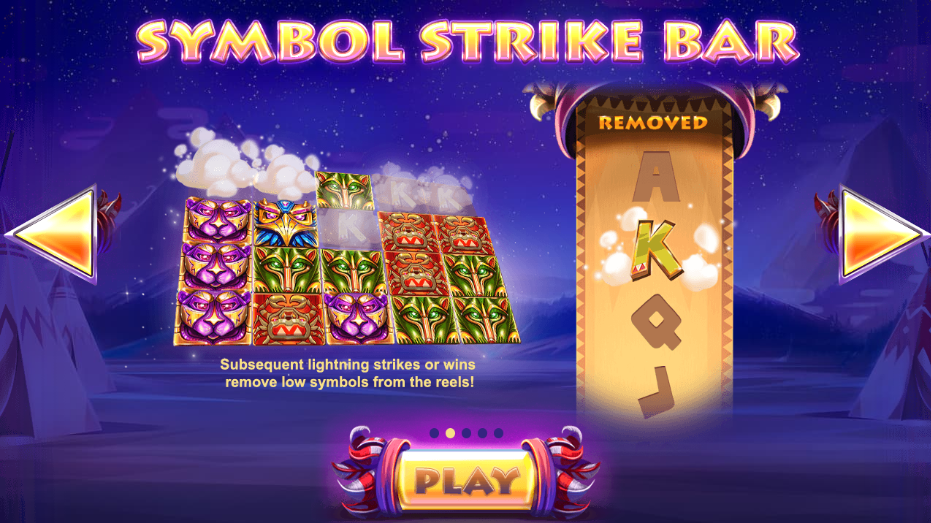 Totem Lightning has an amazing design. Its Native American theme is replicated throughout the game including through the symbols. The symbols include; the usual lower value A to 10 card values joined by a group of animal-style carved totems. The highest paying among these is the bird totem. If you land 3, 4 or 5 of them on a line, you’ll win 88, 388 or 888 coins.

Totem Lightning uses an unusual game engine, one you’ve probably not seen before. After each winning spin, the A to 10 symbols are eliminated from the reels, together with all other occurrences of that particular symbol on the reels. E.g., if you form a winning combination that includes K symbols, these are removed from the reels. All other K symbols on the reels are also eliminated.

When this happens new symbols drop and take their place. Once a new winning combination is made, these too are eliminated. These eliminations go on up to the point where you don’t get a winning spin or all the lower value symbols are eliminated and you’ll be spinning with only high-value totems in play. You can keep track of what’s been eliminated from the reels through the meter that's located toward the right of the reels. 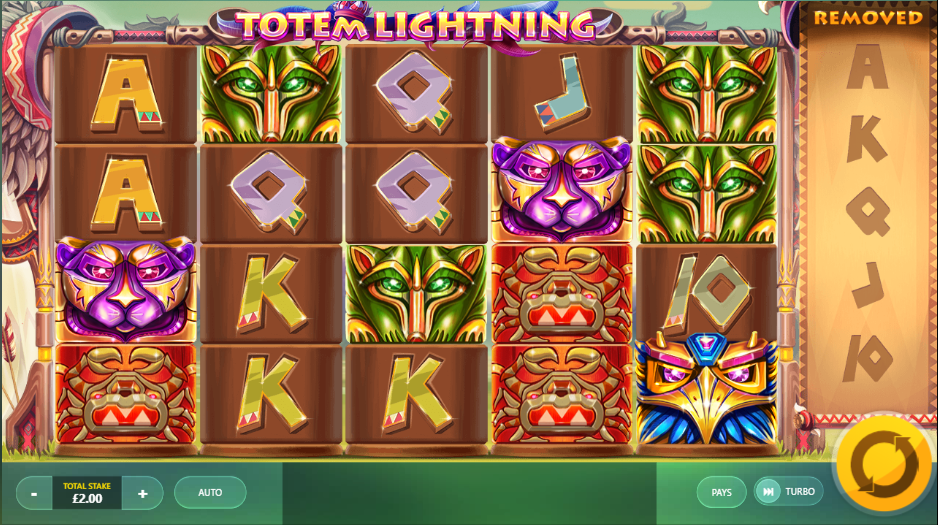 Totem Lightning has an excellent design. It has a unique way of combining quality imagery and aesthetics. Like the way its drum-heavy soundtrack pairs perfectly with the theme.

The tumbling reels game engine was also a great surprise. They kept the game energized enough, that it was difficult to miss the lack of free spins. The best success is likely to come in via the Totem Multiplier feature with wins as much as 250x your total bet if you can make your way up the totem pole.

Totem Lightning is a very entertaining online slot. When you combine high tech visuals with a decent range of features, you get this Red Tiger Gaming Native American-themed slot.

If you're looking for some best bingo slots available, play Treasure Mine Slot right away.