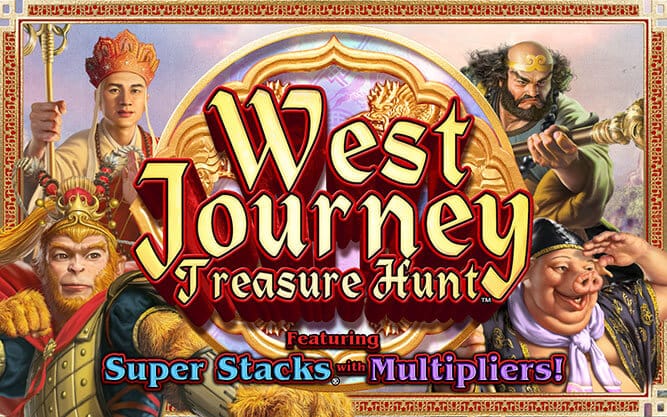 West Journey Treasure Hunt is an online slots game which is loosely based on the 16th century Chinese novel ‘Journey to the West’. This novel inspired the 1970s Japanese TV series Monkey, which is sure to be familiar to many fans of fruit machines who grew up during the 70s and 80s. Developed by High 5 games, there is plenty in this game to keep anyone who likes playing slots online happy.

The game developer behind West Journey Treasure Hunt is High 5 Games, a company which was founded in 1995. The company has grown since that date, and now has offices in over 50 countries across the world.

There are two games for which the company has become especially well-known over the years, with Golden Goddess and Black Widow being famous games that you will see in many an online bingo UK. These two titles were released back in 2011, and remain favourites for slots gamers all over the globe.

The overall quality of High 5’s games has seen them win plenty of awards, including the Electronic Gaming Review’s 2016 award for North America’s Best New Game. In 2012, the High 5 casino was one of Facebook’s fastest growing gaming pages.

There are over 300 slots and games bingo in their catalogue. Some of their titles include: 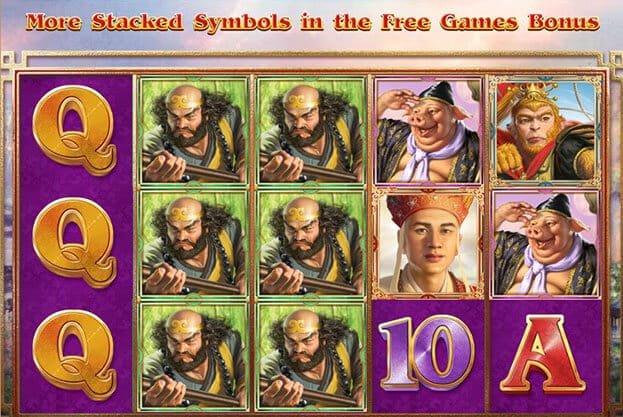 West Journey Treasure Hunt has five reels, three rows and 40 fixed paylines of action on offer, with the reels floating in front of a suitably Oriental valley scene which perfectly matches the theme of the game. As is typical of many online casino slots games, the game’s lower value symbols are numbers and letters, with 10, J, Q, K and A all being seen on the reels.

The higher value symbols on the reels are the characters from the novel/TV series. If you spent time watching Monkey as a child, then you can probably identify Monkey himself, as well as Pigsy, Tripitaka and Sandy. The game’s wild symbol is easy enough to identify, as it is simply the word ‘wild’ written in gold. This can substitute for all other symbols on the reels to create winning combinations, apart from the distinctive red, gold and green scatter symbol.

There is only one bonus feature for players to enjoy in this game, which is Free Spins. You can receive eight free spins when three full stacks of scatter symbols land on the second, third and fourth reel. You need to pick one of the scatters to reveal a stacked high-value symbol which will help you during the free spins. 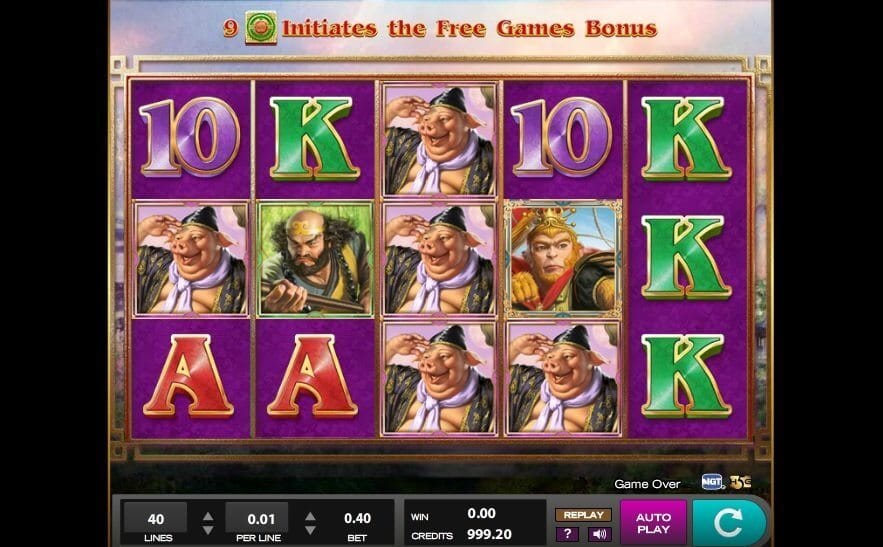 West Journey Treasure Hunt offers players some high-quality graphics and smooth gameplay, as well as a touch of nostalgia for anyone who grew up watching children’s television in past decades. There are not many bonus features to enjoy, but the game still offers many chances to win prizes. If you are a fan of slots games you should certainly make a point of looking for this game in the online casino that you frequent.

Mayan Gods Slot is another popular title that can be accessed today at Barbados Bingo.