Do you love UK Bingo and slots based on the majestic creature of the wolf? Then play Wolf Legend Megaways! The reels are based in the beautiful North American landscape, and the slot benefits from a stunning colour scheme and cartoon style graphics. There are exciting bonus features in this slot such as Bonus Spins, Multipliers and Mystery Symbols. Wolf Legend Megaways has 5 reels, 20 paylines and an RTP of 96.21%. Run with the wolves today at one of these bingo games online!

Blueprint Gaming is the developers of the Wolf Legend Megaways slot game. The company was founded in 2008, and they create a wide range of casino slot games for their players. They employ people from all over the world to create their innovative games, and they have loads to choose from. Take a look below for some great new online slot games options: 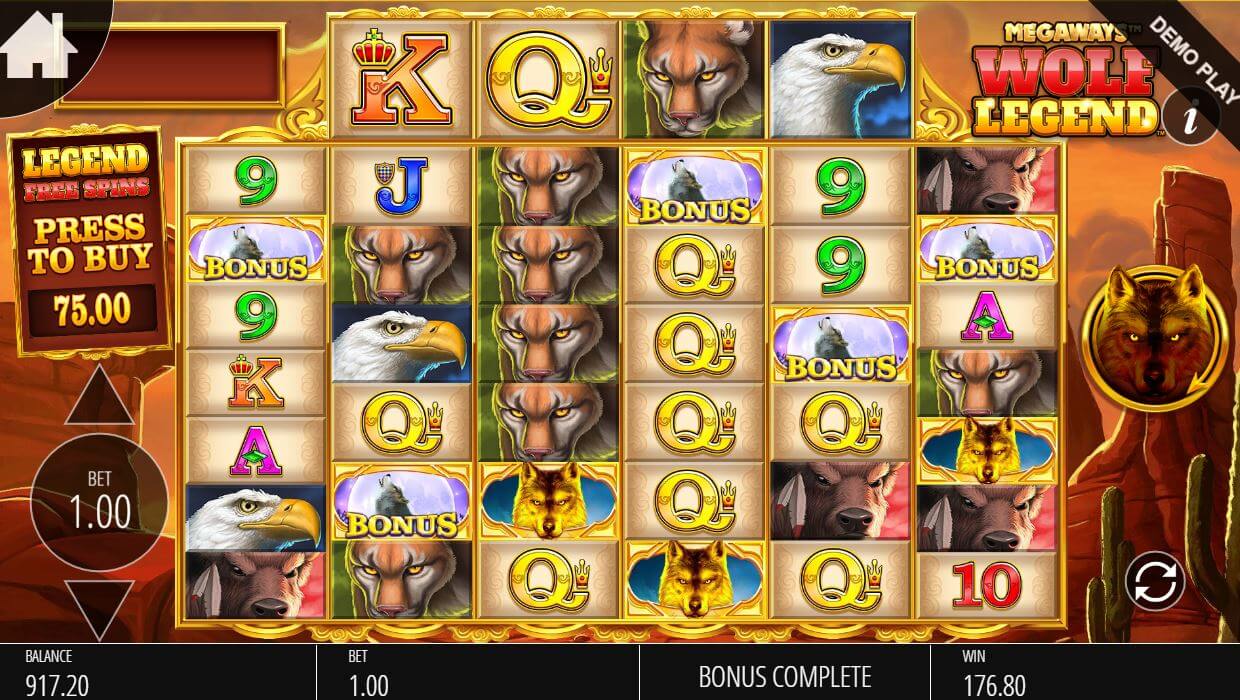 To begin the slot game you’ll need to place your bets, and for Wolf Legend Megaways the minimum bet is 10p and the maximum is £100 per spin. Your lower paying symbols are cards, and there’s also cats, eagles and gold wolves to look out for. The gold wolf is the highest paying regular symbol, as landing either two, three, four, five or six on your reels will pay you either 1, 2, 10, 25 or 50x your stake. The wild wolf symbol is the Wild, and the howling wolf is the Scatter symbol. 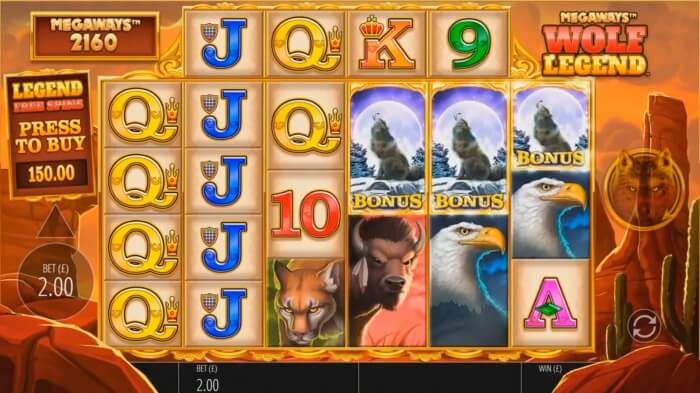 Let’s take a look at what slot bonuses are up for grabs in Wolf Legend Megaways. Landing three, four or five Scatters on your reels will trigger the Golden Streak bonus feature and you’ll have one, two or three lives in play. The Scatter symbols will stay locked in position while the reels respin and if more land they will lock into position as well. The respins will carry on until you run out of lives or you fill up your whole reels with Scatter symbols. Landing more Scatters will win you extra bonus spins! You also have the option to Gamble with the number of bonus spins you’ve won or to win more Golden Streak respins. The Bonus Spins feature comes with an Unlimited Multiplier bonus, and this is great because every time you land a winning cascade you’ll get an increasing 1x multiplier. There’s also an option to pay 75x your stake to trigger the Bonus Spins feature if you don’t want to wait for it to trigger!

This is one of the best slot games we’ve played! It has an engaging theme and wonderful graphics and design features. Plus it has lots of bonus features that can give you big payouts! So what are you waiting for?

If you have enjoyed Wolf Legend Megaways Slot, why not try another exciting slot at Barbados - such as Double Stacks Slot.